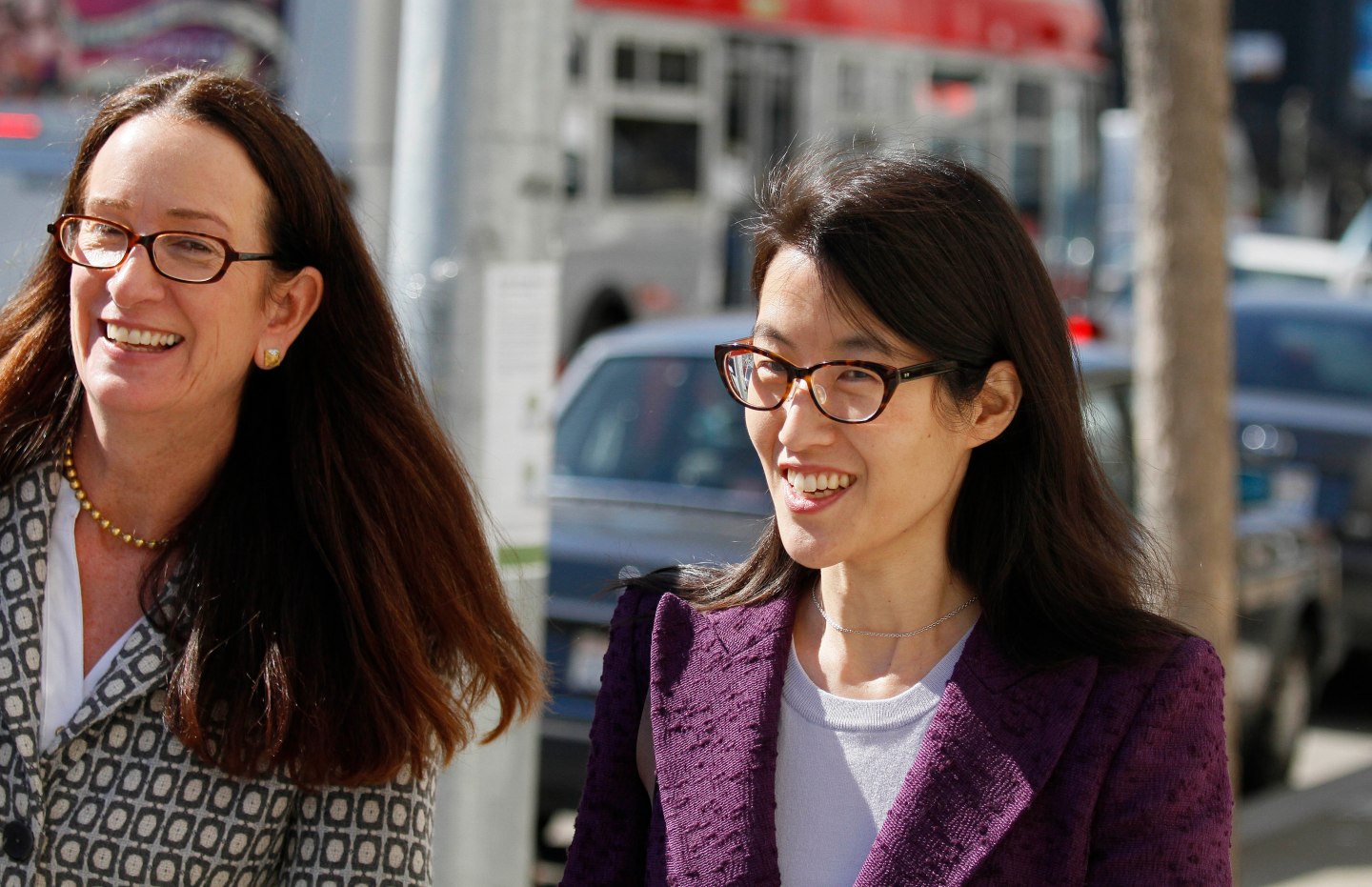 A juror had a curious question for legendary venture capitalist John Doerr after he finished testifying in a high-profile sex discrimination case earlier this week against his firm, Kleiner Perkins.

“Does every partner communicate through email instead of face-to-face?” the juror wanted to know after watching attorneys present a stream of emails from Kleiner Perkins partners filled with backstabbing and bickering.

No, Doerr replied, with utmost seriousness: There really are face-to-face meetings.

Ellen Pao, a former Kleiner Perkins partner, has sued the firm for as much as $16 million, alleging that it operated like an old boys club. After Pao ended a relationship with a married coworker, she says he retaliated against her and that she was eventually passed over for a promotion. Kleiner Perkins denies the accusations and says Pao did not have what it takes to be a venture capitalist.

The outcome of the case hinges on the seven women and five men on the jury. They have a front row seat into the world of the rich and powerful where lawyers argue that two Harvard degrees aren’t enough. Just how rich? For context, Pao’s pay started at $220,000 and climbed to over $500,000 by the time she was fired. But even then, Kleiner offered her $33,800 in monthly severance plus bonus for six months.

Pao, who was ultimately fired and is currently interim CEO of online bulletin board Reddit, is slated to take the stand as soon as Friday, in what promises to be pivotal testimony.

Following the intricacies of the case requires a great deal of concentration as both sides present snippets of emails and performance reviews. After hours and days of testimony, it all risks becoming a big jumble of tech jargon and venture capital minutiae as the two sides weave their stories.

What the jury thinks is a mystery. They’re not allowed to talk with anyone about the case including fellow members until deliberations begin. They include a painter, a BART subway station manager, a physical therapist, a prison nurse, a biotech manager, and a teacher’s aide. It’s unclear how much they know about venture capital or the tech world, but when the jury was being selected, several tech workers were dismissed.

In the end, the venture capital sounds a lot like virtually every other workplace. Complaining, clumsy sexual advances, and senior leaders looking out for themselves seem almost like job requirements.

In addition to listening to the usual testimony, jurors can submit written questions after witnesses finish on the stand. The judge reads their questions out loud – in some cases, translating the queries to be more clear – and directs the witnesses to look at the jury box while answering.

After the two days of initial shyness, the jury’s questions have come in thick and fast. It’s a chance for the jury to sidestep legal spin and for the people watching – mostly reporters and occasional herds of school children touring the court house – to glean insight into what jurors are thinking.

Mostly, their questions drive to the heart of the case like when they asked Doerr, a well-known Kleiner Perkins partner who hired and mentored Pao, why are there so few women venture capitalists. He explained that it’s inevitable because firms like his draw from the ranks of tech entrepreneurs, few of whom happen to be women.

Later, when they asked how to become a venture capitalist, Doerr returned to a similar theme and said it takes business chops to be able to connect with start-up founders and executives. “You should have had the experience of having to lay people off because you can’t make payroll, or the panic when you run out of cash,” he told the jury. “This is a trade with an apprenticeship not a learned skill. It takes a long time to learn.”

At another point, a juror quizzed Ted Schlein, a senior Kleiner Perkins partner who tried to push Pao out of firm, about the difference between confident and cocky in a new hire. It comes down to whether people like you after talking to them, he replied not long after telling the jury that Pao had alienated a number of colleagues.

The questions often delve into the weeds of how venture capitalists operate. In some cases, even the witnesses don’t know the answer about their business. For example, what percent of venture capital investments are liquid, or cashed in, within three years? Susan Biglieri, Kleiner Perkins’ chief financial officer, couldn’t say. One juror realized from the testimony that Pao’s bonus had declined from 2010 to 2011, the year some at the the firm had tried to push Pao out. They asked Biglieri why that happened, but, again, she said she didn’t know the answer.

The jury also tried to decipher how Kleiner Perkins meted out punished for misbehavior. Why did the firm dock Ajit Nazre, who Pao claims pressured her into a sexual relationship, an estimated $22,000 in bonus while leaving Pao unpunished financially? Ray Lane, a Kleiner Perkins partner, replied it was because Nazre was married with children while Pao wasn’t.

During breaks the judge has invited the jury up to the front of the court to look at the court reporter’s stenography machine and told them to ask him any questions. Typical of San Francisco and its techie roots, one juror wanted to know when court would go digital.