10 reasons the housing market could go ballistic this spring 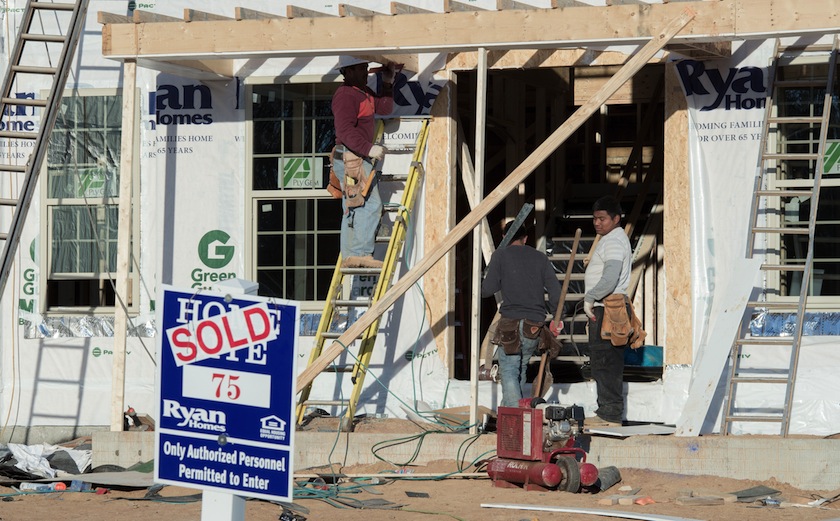 I’m guessing here. My forecasts aren’t any better than anyone else’s, so don’t trade on this. But my gut is telling me that the U.S. housing market could go ballistic this spring, specifically for single-family homes—especially among first-time buyers.

1. Everyone sees that the zero interest rate party is coming to an end. If you’ve been waiting to borrow, it’s getting close to “now or never” time. Fear of missing out (what the kids call “FOMO”) is as powerful a motivator as anything.

2. Demand is pent-up, and pent-up things eventually get un-pent, sometimes all at once. The number of people between ages 35 and 39 is critical to household formation, and we are currently seeing an uptick in this demographic category, back to prior peaks.

3. The notion that millennials want to stay home forever is not accurate. They’re ready to bust out, and rental prices are comparably high in several key regions.

4. Employment among college-educated people (read: potential home buyers) is as tight as a drum.

5. In January, average hourly earnings jumped 0.5% for all American workers. This is just one month’s worth of data, of course, but it is significantly above trend (average hourly earnings have grown at an annual average of just 2% in the post-crisis recovery period). When people get one-time tax cuts or bonuses, they save them. When people get raises, however, they buy stuff and improve their standard of living.

6. At the low end of the income spectrum, things are brightening. Wal-Mart, Aetna, and TJ Maxx are giving a million minimum-wage earning Americans a raise this year. These companies are the tip of the spear. Others will be forced to follow. Twenty-nine states have unilaterally hiked minimum wages in the last two years. If the federal government acts this year on a proposed 40% national wage hike to over $10 an hour, look out above.

7. If you believe, as I do, that the stock market acts as a discounting mechanism and foreshadows the near future, then you may want to take a glance at the iShares US Home Construction ETF ITB. It’s just broken out above major resistance dating back to the May 2013 “taper tantrum,” when the Fed first raised the specter of rising rates. The homebuilding stocks within this ETF are now trading higher than their peak prior to those fears, which signals better fundamentals to come, in my view.

8. Animal spirits in the stock market have finally, truly taken hold and participation is broadening out from just the wealthiest 20% of investors.

10. I’m actually cheating a little because a housing market uptick is already in progress. Last month’s ground-breaking on new homes hit the equivalent of a 1.07 million annual run-rate. According to Bloomberg data, this is a jump of over 6.4% from 2014.

Again, take this (and any other prediction) with a grain of salt. Even if you disagree with this call, hopefully it has at least given you something to think about.