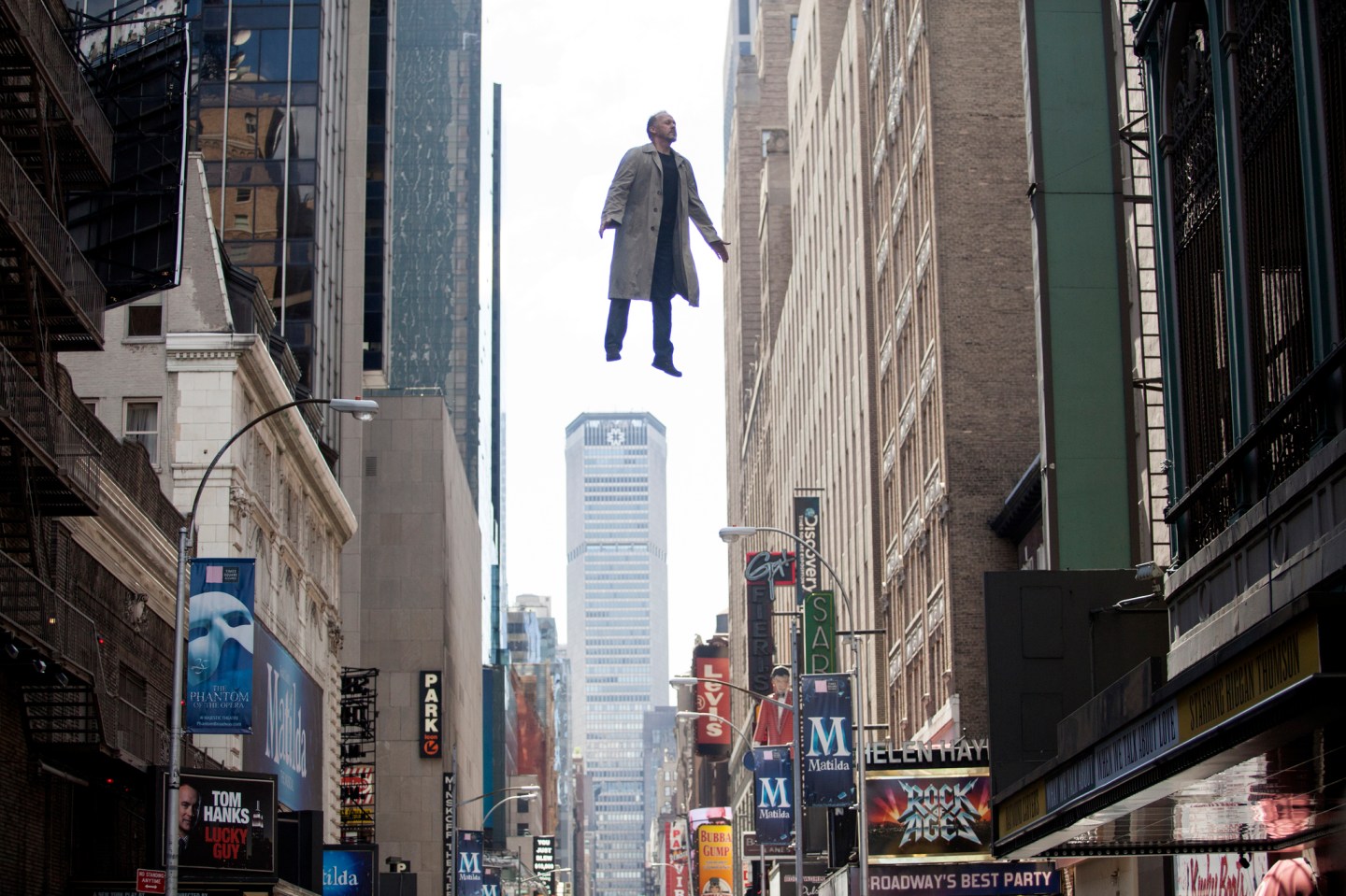 By now we know that there’s no rule that says a movie that sells the most tickets will take home the Academy Award for best film of the year.

After all, last year’s top-grossing movie, the third installment in The Hunger Games series, was nominated for exactly zero Academy Awards. (Sadly, there is no category for best heroine archer.) In fact, the last time a year’s highest-grossing film also took home the Best Picture Oscar was in 2003, when the top film was The Lord of the Rings: The Return of the King, which raked in more than $500 million in adjusted domestic sales.

Still, there’s an expectation that the crop of movies dubbed the “best” each year by critics will at least get a reasonable amount of love at the box office. But the winner of last night’s Oscar for Best Picture, Birdman, was only the 82nd best-grossing film of 2014, with only about $37 million in domestic ticket sales. (The Hunger Games: Mockingjay —Part 1, by contrast, grossed more than $330 million in the U.S.)

Now, it’s very likely that Birdman will get a financial boost from a well-known phenomenon known as the “Oscar bump,” where moviegoers finally decide to hit the theaters to watch films that win the prestigious critical award. In fact, Birdman has made more than $11 million of its total gross so far since last month’s announcement of the 2015 Oscar nominations.
[fortune-brightcove videoid=4072924459001]

Even with a boost in ticket sales potentially on the way, though, Birdman is currently among the lowest-grossing Best Picture winners at the Academy Awards over at least the past four decades. In fact, only one film in recent years saw lower ticket sales before taking home the golden statue with the “Best Picture” inscription.

This 2006 winner was writer-director Paul Haggis’ tale of multiple, intertwining plots meant to highlight racial and social tensions still prevalent in modern society. The movie was relatively successful at the box office — especially considering it was made on a budget of about $6.5 million — but it was still the lowest-grossing winner since 1987’s The Last Emperor at the time. Even worse for Crash, since its win, the film has taken a beating from many critics who find its message heavy-handed and who feel the film won the top honor over the more-deserving Brokeback Mountain.

Last year’s winner had an October release, which set the film up well to benefit from the notorious Oscar bump following its Best Picture nomination and eventual win. In fact, the movie made more than 30% of its total domestic gross after the Academy announced its nominations. In the end, though, it’s possible 12 Years a Slave’s grim subject matter kept it from discovering greater box-office success.

This film, shot in black-and-white and starring French actor Jean Dujardin, was released in fewer than 2,000 theaters. The Artist, which is set in the 1920s and tells the story of a silent era film actor, was actually mostly silent itself and employed subtitles — a fact that made the movie quite unique for its era, but may have also hurt ticket sales.

Higher-grossing films it beat: The Help, with $177.5 million.

Mexican director Alejandro González Iñárritu’s dark comedy won acclaim for its biting take on the pitfalls of Hollywood fame as well as some daringly experimental cinematography.

The Academy dubbed it the year’s best movie, but it is still an indie film and — Oscar bump or not — it will fall well short of any blockbuster’s box-office gross.

Higher-grossing films it beat: American Sniper. Bradley Cooper's portrayal of famed Navy Seal Chris Kyle continues to draw crowds to movie theaters. The Clint Eastwood-directed film has already grossed nearly $320 million — and, most of it has come since Oscar nominations were announced.

Director Kathryn Bigelow’s intense Iraq war drama made the ultimate case for a large box-office haul not predicting Oscar success when it took top honors in 2010 over James Cameron’s Avatar and its $760 million in domestic gross.

One reason for the Best Picture-winner’s historically-low ticket sales? The movie was only released in 535 theaters, versus more than 3,400 for Avatar. The Hurt Locker’s box-office juice was also drained by its summer release — a fact that made it harder for the film to capitalize on the eventual “Oscar bump.”

Higher-grossing film it beat: Avatar, which is actually the highest-grossing film ever made with more than $2 billion in worldwide sales.