If you spent a year interviewing women about how they balanced, what would you learn? 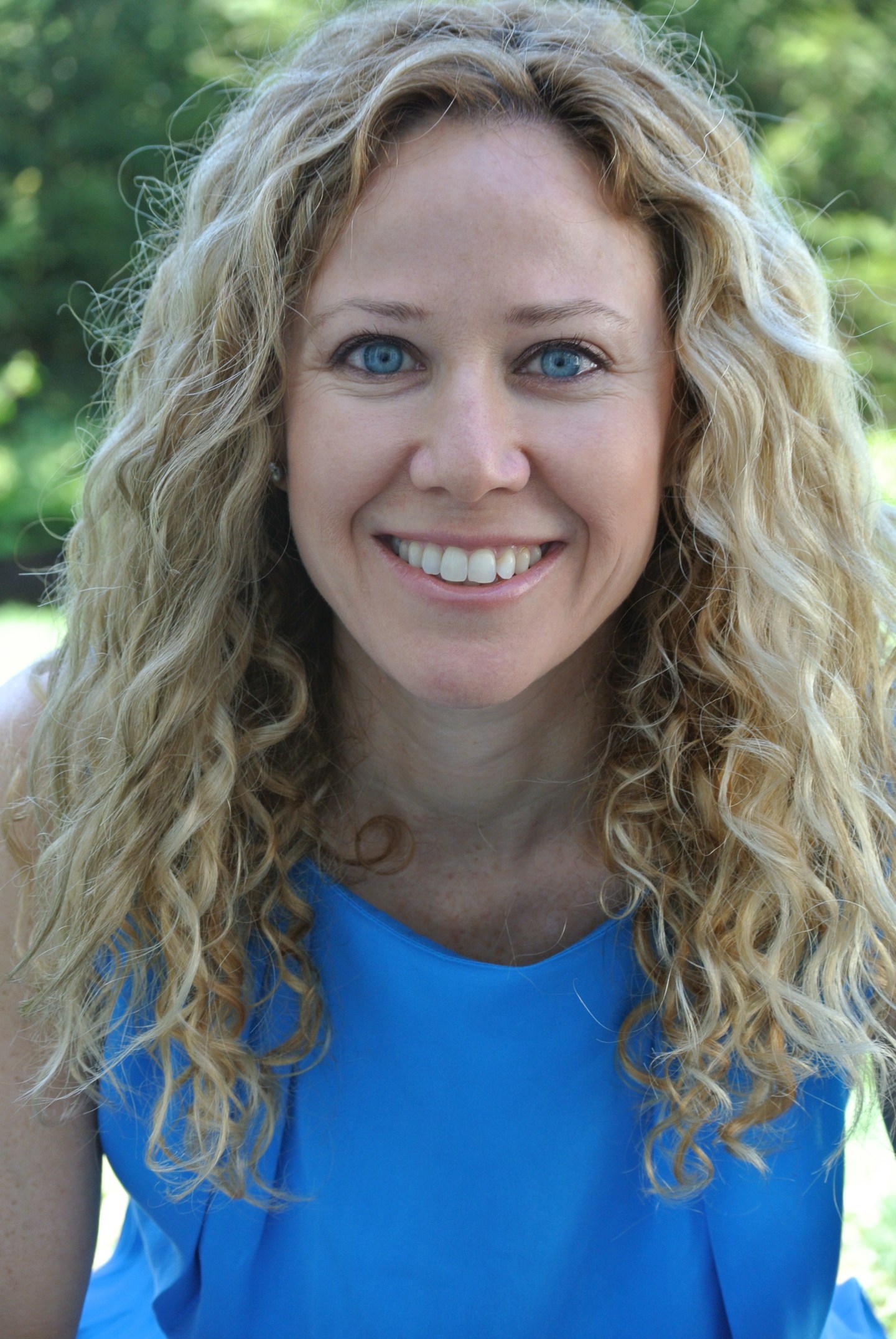 Susie Orman Schnall’s struggles with work-life balance began like many other women. At 30, she left her corporate job to stay home with her newborn. Over the next 10 years, she had two more babies and kept busy volunteering, writing and publishing a novel.

But something gnawed at her. “I was wondering what’s wrong with me,” she says. “It’s always been a personal struggle and journey for me. I’m always asking whether I’m doing it right, and why do I feel overwhelmed all the time.”

So in late 2013, she began a blog in which she interviewed women she admired about their “balancing act.”

“The series kind of took on a life of its own,” she says.

A year later, she had interviewed some 80 women (and one man – Nigel Marsh, an Australian entrepreneur, author, and TED speaker ), including Laura Vanderkam, author What the Most Successful People Do Before Breakfast and Jill Salzman, serial entrepreneur and founder of The Founding Moms. Schnall continues to publish at least one interview a week for her series.

So what did she learn through a year of talking to parents about how they balance?

1. Balance requires sacrifices—whether it’s sleep, walking away from opportunities, or choosing what to focus on.

Through her interviews, it quickly became clear to Schnall that sacrifice is a major theme when it comes to having “it all” and that there are some sacrifices she’s not willing to make, such as only sleeping four hours a night.

“I learned that everybody is making sacrifices,” she continues. “I might look at these women and say, ‘Wow, they have such great jobs and they’re being great moms and all that,’ but what I don’t know is that she only sleeps four hours a night or she and her husband are having problems or she has a thyroid problem because she’s stressed out all the time.”

What’s problematic about the definition of having it all, says Schnall, is that it makes a woman feel inadequate that she’s not able to give 100% to her career, family, marriage, and herself at the same time.

“[The interviews] validated that I get to choose what it is I sacrifice and though I might not get to pursue all the professional opportunities I want, I’m getting to do things that ultimately nourish my values even more,” she says.

2. A lot of the busy-ness and stress come from social media.

People today are so concerned with staying up to date that they can’t give their brains a break. “It’s probably one of the causes women never feel like they have time for anything,” says Schnall.

Mary Laura Philpott, a writer, editor and illustrator ,checks her social media so much she doesn’t know “when the sun set or the seasons changed,” she tells Schnall. To maintain her sanity, Susannah Lewis, another writer, takes a break from Facebook every summer to focus on her family and children. In her interview with Schnall, Lewis describes the experience as “extremely refreshing.”

As for her own routine, Schnall doesn’t spend too much time on social media for personal reasons. Instead, she keeps it strictly professional, using it mostly as a marketing tool.

When asked “What part of your home life do you wish you could outsource?” the answer that comes up most often is cooking, says Schnall.

“The planning, shopping for, preparing, cleaning up of the preparing, serving, and cleaning up of the serving is a huge time commitment for busy women,” she explains. “Whether they enjoy cooking or not, the daily stress of this is just too much.” It’s the first thing to go if they can afford the assistance.

Cara Lemieux, managing editor of the ShriverReport, wishes someone would make dinner every night so that she can give her daughter a bath without stressing about dinner and the mess that needs to be cleaned up after.

“When you are a single parent, all work is linear, so there is no dividing and conquering the management of the house,” discloses Lemieux.

Carola Donato, a physiotherapist and yoga instructor from Sweden, says that balancing time between her children versus time for herself and her husband is very hard for her to figure out. If she could, Donato would hire a full-time chef just so that she could use the time spent on cooking to devote solely on her family.

4. Most women neglect themselves.

The number one thing that working mothers sacrifice is taking care of themselves, says Schnall. It’s the easiest thing to give up since no one is complaining about it.

No one is reprimanding Jessica Mindich, an entrepreneur, for how little she sleeps -- so Mindich only pulls four or five hours a night. For pastry designer Tiffany Washington, it’s not just easy to neglect herself, she can’t even handle purchasing personal items for herself.

“I often feel terribly guilty if I purchase things for myself or make personal plans,” she says in an interview with Schnall. “I’ve noticed that this is a common problem among working moms that I know.”

After hearing so many women talk about their never-ending “to-do” list and health concerns, Schnall makes it a point to do what’s needed to “feed [her] soul” whether that’s reading a book, volunteering, practicing religion, or whatever else that’s vital for a woman to feel authentically happy.

Although this is easier said than done, Schnall says if mothers would just make themselves a priority, their lives will change for the better in many ways.

5. Balance isn't something that happens on its own.

Women who feel balanced aren’t reacting all day, every day, says Schnall. Instead, they’ve sat down and thought about how they can create the life they want to live.

“Then they go out and grab the bull by the horns,” she explains. “It’s a commitment to oneself and I think the happiest women have been strategic and thoughtful about creating that for themselves.”

Entrepreneur Traci Bild spends two hours every Sunday planning out her entire week. She highlights meetings, includes exercise sessions, and even her date nights are scheduled in.

“I make sure everything I want and need to do is built into my calendar and in many cases remove things when it seems overloaded,” she tells Schnall. “I still only work three days a week so I have to craft a plan and work it throughout the week. When my week starts, I’m excited—I’m not reacting to what’s happening. I’m in control of what’s happening because I planned it all out. I feel organized and alive because this is the week I crafted, that I get to live."

After several years of feeling overwhelmed, Schnall started saying “no” to a lot of things that were asked of her and prioritize on only what she wants to do.

“I heard this wonderful thing on Oprah once where you set your top three priorities in life and then make your choices based upon those,” she says. “My top three are (1) being a present mother, an engaged spouse, and taking good care of my family and our home life (2) writing (3) taking care of myself by eating healthfully, exercising and sleeping. That is so clear and when I put my options through that filter, there isn’t much question about how I should be spending my time.”

6. Guilt is still a huge thing for mothers.

Schnall blames this guilt on how we, as a society, have been socialized to this idea of a “good mother,” which is usually someone attentive to her kids, bakes cookies, keeps a clean house, and reads to her children 20 minutes each night.

If you’re a high-achiever, this guilt intensifies because you’re used to doing things well and it’s hard to do that at both work and home. “Hence, the guilt,” she says.

Although The Balance Project has provided Schnall valuable insights into her own choices, she says her interviews are not meant to represent the “typical American woman.” Her interviewees are usually women of higher socioeconomic backgrounds who serve as an inspiration, but not a representation. The bottom line is that these women — including herself — have a choice to embrace work or life, says Schnall, and not all women get to do that. As the series enters its second year, Schnall hopes to feature women from more diverse voices and backgrounds.