CEO Howard Schultz’s plans for Starbucks and the country 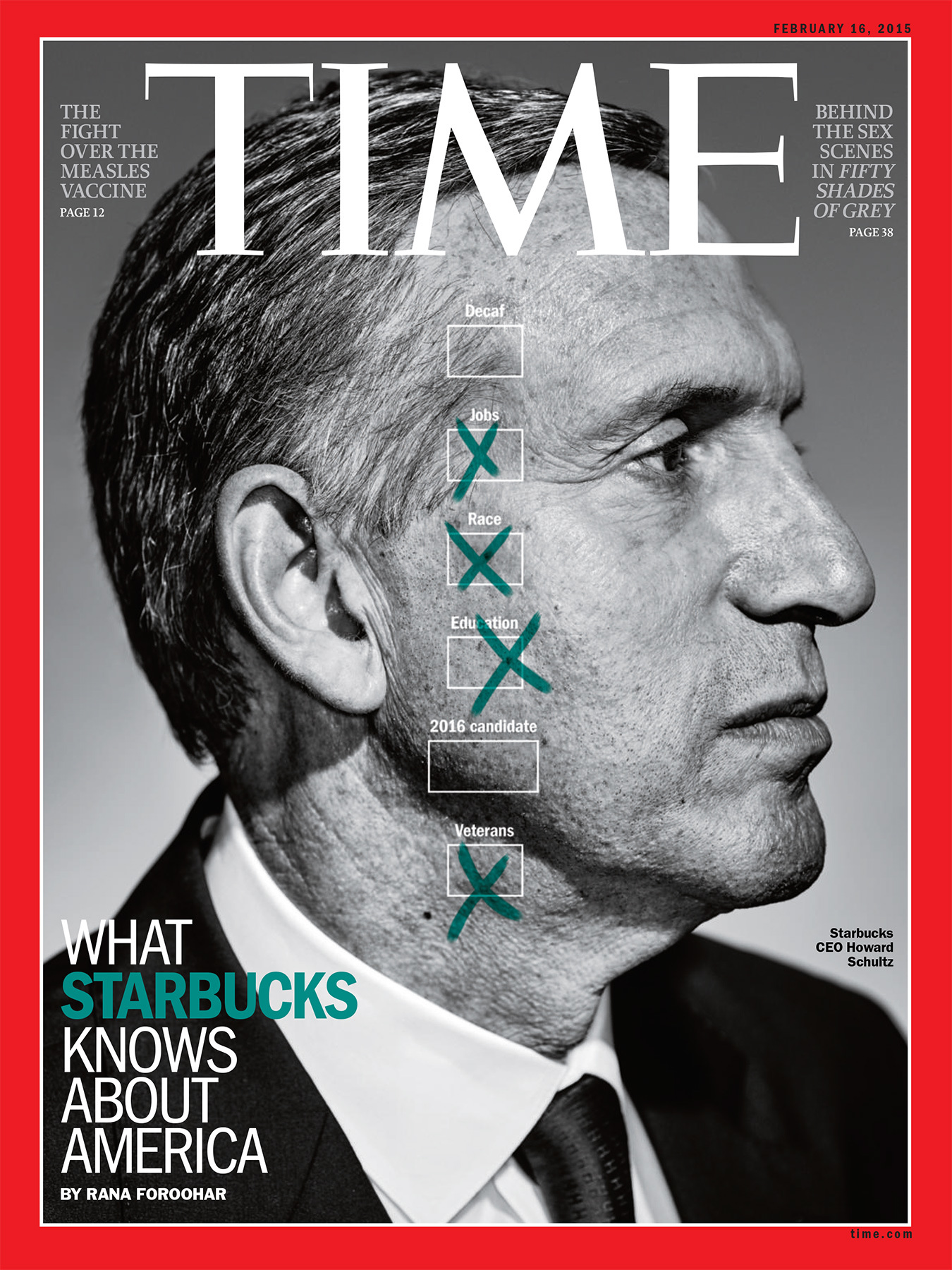 Photograph by Ian Allen for TIME

This week’s Time magazine cover story looks at Starbucks CEO Howard Schultz, his plans for the coffee giant’s future and how the spending habits of his customers reflect the nation’s mood overall.

With nearly 12,000 stores nationwide, “we have a lens on almost every community in America,” Schultz tells Time.

The CEO discusses Starbucks’ (SBUX) reputation as a progressive company thanks to expansive health care plans, employment programs for veterans and the company’s pledge to help cover employees’ education costs. As Time‘s Rana Foroohar writes: “Schultz says he is deeply invested in these ideas not only because making the company a preferred employer helps keep turnover costs lower and service quality higher than the industry average but also because he believes corporations have a duty to help people realize the American Dream.”

Schultz also addresses rumors that he could be harboring political ambitions — a notion the CEO shrugs off for the moment.