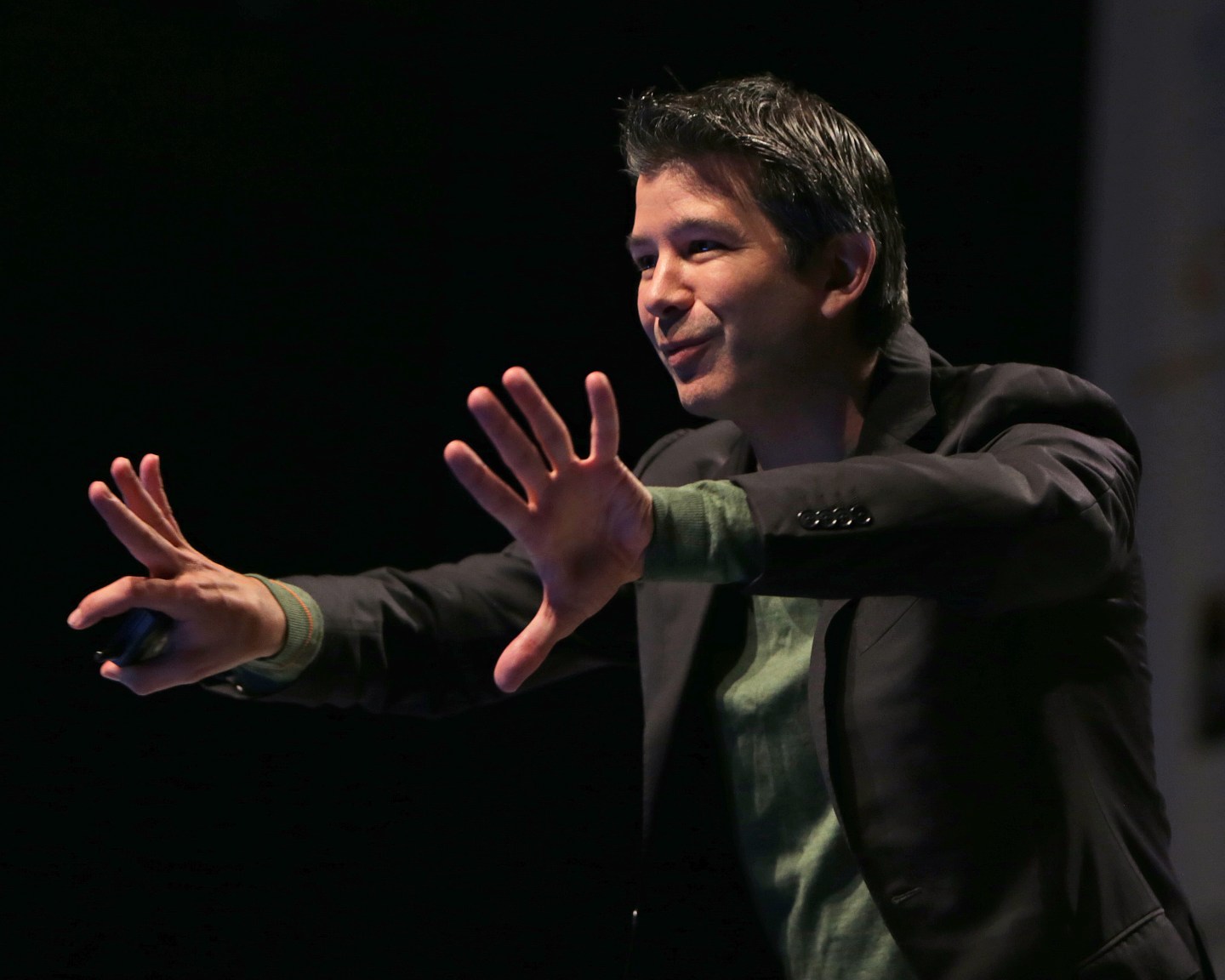 Over the last couple of days, there has been assorted press speculation about Google (GOOG) launching an Uber competitor. As a proud Google alum, I have deep respect for the company and, in particular, I consider Larry Page an absolute genius. Working with him was a privilege. However, when I posted this Tweet about Larry and Uber CEO Travis Kalanick, it led to a lot of reporters asking me for a deeper explanation:

I have no info about Uber/Google. But, as much as I think Page is a genius, I would never, ever want to compete w/ @travisk. He’s too good.

Let me tell you a little story that might give you a sense of why I think trying to take on Travis is a losing proposition (disclaimer: I am an investor in Uber):

A few years back, before Uber wasn’t anything more than an app used by a group of our friends, Travis was staying at my house in the mountains over the holidays. One morning before snowshoeing, my dad challenged Travis to a friendly Wii Tennis match. My dad is a competitive guy and used to enjoy playing in local, real-life tennis tournaments when I was a kid. He also had a Wii at home and considered himself versed in the virtual game. So, he thought it could be a good opportunity to dish out a little good-natured pain to Travis.

As the match kicked off, there was my dad in an athletic stance and confidently giving it his all. He might have even been sweating a bit. Yet, Travis was barely moving his arm or breaking his wrist. Though my dad hung in there and kept it close, Travis won every game.

That was when TK, with full Princess Bride panache, announced that he had been playing with his opposite hand, and promptly switched. Uh-oh. For the next 20 minutes, my dad didn’t manage to score a single point. He was completely skunked. Yet, looking over at Travis, it was clear he was still waking up.

Travis could tell my dad was feeling dejected. I mean, the poor guy was getting aced at least every other serve. A slight smirk came over TK’s face and he reached out to shake my dad’s hand, offering him a touch of consolation.

“I have a confession to make, Mr. Sacca. I’ve played a fair amount of Wii Tennis before.” While talking, he used his controller to navigate through the settings pages on the Wii to a list of high scores. “In fact,” he continued, “on the Wii Tennis global leaderboard, I am currently tied for 2nd in the world.”

I had known Travis since the days I worked at Speedera, a head-on rival of his company, Red Swoosh. I knew he was eerily brilliant and could do some powerful math in his head. His reputation as a gifted salesman and product strategist preceded him. I had also seen years and years of how scrappy, ingenious, and resourceful Travis can be when building his business. It was a mutual admiration of these characteristics in charting our careers that led to us being friends in the first place.

But that day in Truckee, I was reminded of how tireless and obsessive Travis can be when it comes to achieving goals he sets out for himself. If he decides he wants to research a new industry, he will be a veritable expert within days. If he wants to understand a new city, he will be there 24-hours from now with just a half-sized backpack and already hanging with the locals. If he wants to be one of the best Wii Tennis players in the world, even while busy co-founding one of the fastest growing companies in history and advising a half dozen others from his storied Jampad, just give him a couple weeks.

He doesn’t sleep. He doesn’t lose focus. He will even forget to eat. He executes again and again, inspiring those around him to have the same passion for the end game as he does.

So, if Travis decides he wants to provide a cleaner, safer, easier experience than the current taxi system, he will make that work. If he sets his sights on reforming pervasive, anti-consumer regulatory corruption, watch those laws soon fall while exposing the shady backroom deals that created them. If he wants to eviscerate the racism that keeps people of color from having consistent access to rides in taxis, that will be the result. If he wants to take drunk drivers off the street, you will see the fatality rates fall wherever he operates his business. If Travis wants to build a company that offers, as Uber’s mission statement reads, “Transportation as reliable as running water, everywhere for everyone,” he will make that happen.

As my dad learned playing tennis that day, and as I have been reminded time and again, thinking about competing with Travis Kalanick? Good luck.

Chris Sacca is founder of Lowercase Capital, and an early Uber investor.