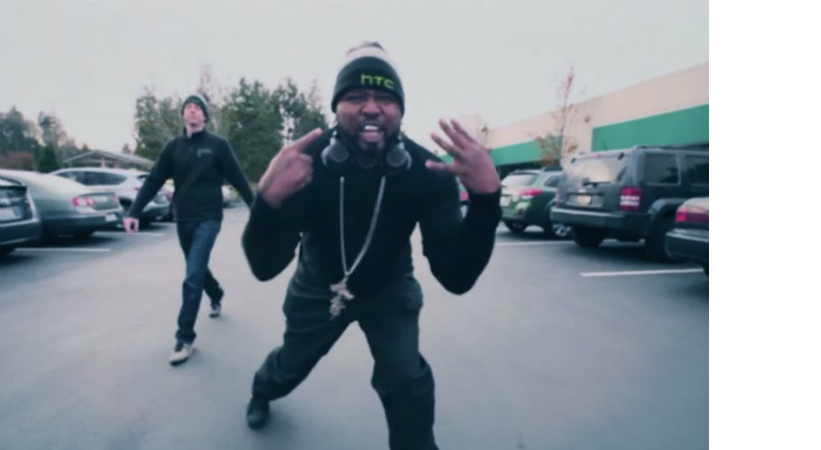 Engadget’s Nick Summers has the lyrics and the cast of characters.

“If you’re curious,” he writes, “the man dissing the iPhone 6 and Samsung Galaxy S5 in equal measure is Greg Carr (aka “Doc G”) of the musical group P.M. Dawn. He’s actually the cousin of Attrell Cordes, or Prince Be, who used to lead the hip hop act during their heyday in the ’80s and ’90s. Oh, and if you’re really interested in how this all came together, HTC has even put up an interview with the rapper himself.