Tapped In: 8 craft beers for your Super Bowl party 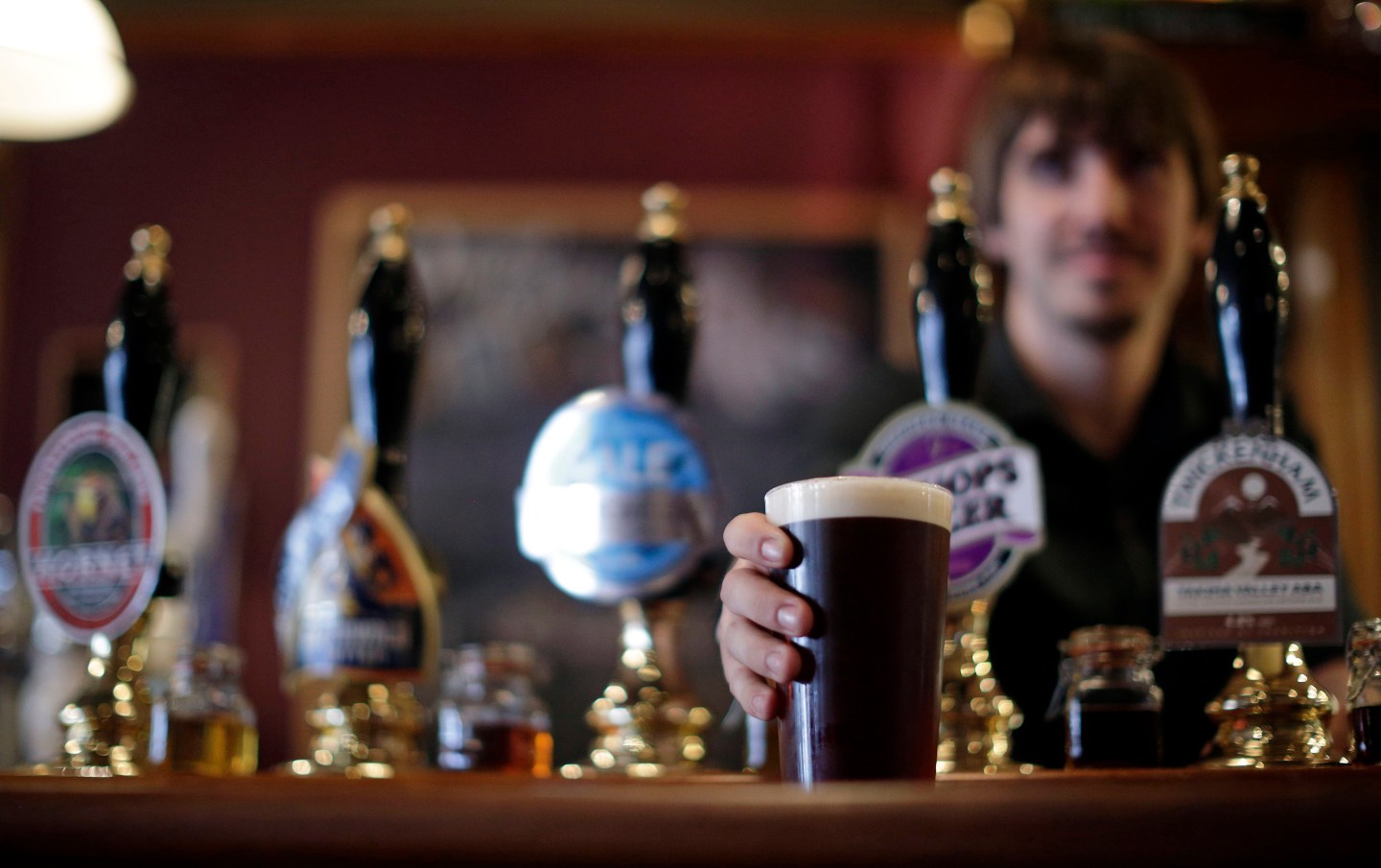 A JD Wetherspoon Plc employee holds a pint of bitter beer in this arranged photograph at one of the company's pubs in London, U.K., on Friday, Sept. 13, 2013. JD Wetherspoon, who reported full year sales today, are planning to move into the Irish market next year, Chairman Tim Martin said in a recent interview. Photographer: Matthew Lloyd/Bloomberg via Getty Images
Photograph by Matthew Lloyd— Bloomberg via Getty Images

This Sunday’s match-up of the Seattle Seahawks and New England Patriots is more than the epic conclusion to the NFL season — it’s a great excuse to throw a party for friends. And if you’re hosting, you don’t want to screw it up.

Last year, Americans spent just shy of $536 million on beer during the Big Game, according to Nielsen. And as we get more selective about what we drink, it’s critical to have the right choices on hand. (Interesting side note: The Super Bowl is only the ninth most-popular “beer holiday” of the year.)

Budweiser (BUD) may be all over the commercial breaks — with seven planned spots — but the savvy host will offer a good assortment of craft beers. Here are a few good options that will complement the game — but don’t have an alcohol content that’s so high you’ll miss the second half.

Redhook Audible Ale – It not only has a name tailor-made for football, it has a clean, refreshing taste that’s not too heavy. It’s a bit nutty and sweet with just a hint of bitterness on the finish (though nothing overwhelming). Redhook’s ESB gets more attention — but with a low 4.7% ABV, you can use Audible to quench the fire from your buffalo wings without getting drowsy. This beer earns bonus football points for Redhook’s collaboration with Dan Patrick in making it.

Pike Naughty Nellie – This is one of the smoothest blonde ales on the market. It has a slight hoppiness to it, but that’s quickly evened out with a variety of fruit flavors, including orange and grapefruit — and perhaps a hint of apricot. It’s not a fruit beer, though, and has a nice malty thickness to it and a very clean finish. This is a craft beer that even non-craft fans will appreciate. (ABV: 4.7%)

Hilliard’s 12th Can– Yeah, it’s a gimmick beer, but we’re gonna let it slide this time. This 4.5% ABV pale ale isn’t the best craft beer in Seattle, or even from Hilliard, but it has more team spirit than any other craft on the market. (To be safe, though, pick up a few of the brewery’s Amber Ales, 5.5% ABV, as well.)

Samuel Adams Noble Pils – A perfect beer for enjoying with pizza, wings, or chips, this pilsner will also appeal to those who like the taste of hops, but don’t want to be overwhelmed by them. The Boston Brewing Company used all five noble hops to create a crisp beer with the slightest hint of citrus and floral notes. (ABV: 4.9%)

Clown Shoes Swagger – This red lager was designed with barbecues in mind, so it will easily fit in with the finger foods of a Super Bowl party. It’s a hoppy/fruity blend with hints of caramel. The bitterness of the hops lingers after the finish, so it’s not for everyone, but it’s a good alternative for fans of American ambers. (ABV: 6%)

The Alchemist Heady Topper – Only pull this one out if the game’s a blowout, seeing as it boasts an ABV of 8%. But there aren’t many better ways to celebrate your team’s dominance (or mourn the dominance of the opposition). Heady Topper is considered one of the best beers in the country right now — and is incredibly hard to find. It’s a double IPA that’s sensationally hoppy and full of citrus. It’s not overly bitter, though and has an incredibly smooth, creamy finish. If you get a chance to taste this one, take it. Immediately.

For the folks who are just there for the commercials and/or Katy Perry:

Sweetwater 420 – This extra pale ale is a staple around the Southeast, but if you can get your hands on it in your area, it’s always a good pick. It has a nice, bitter hoppy taste, but isn’t too heavy — and that bitterness doesn’t linger. It’s an especially good palate cleanser, making it a perfect choice for people who pick their way around the snack table. (ABV: 5.4%)

Lagunitas DayTime – This session IPA from Lagunitas has a lower alcohol volume with all of the thick, chewy taste you’d expect. It’s clear and crisp, but not overly hoppy — with a hint of lemon to it — and is perfect with chips and other light snacks. (ABV: 4.65%)