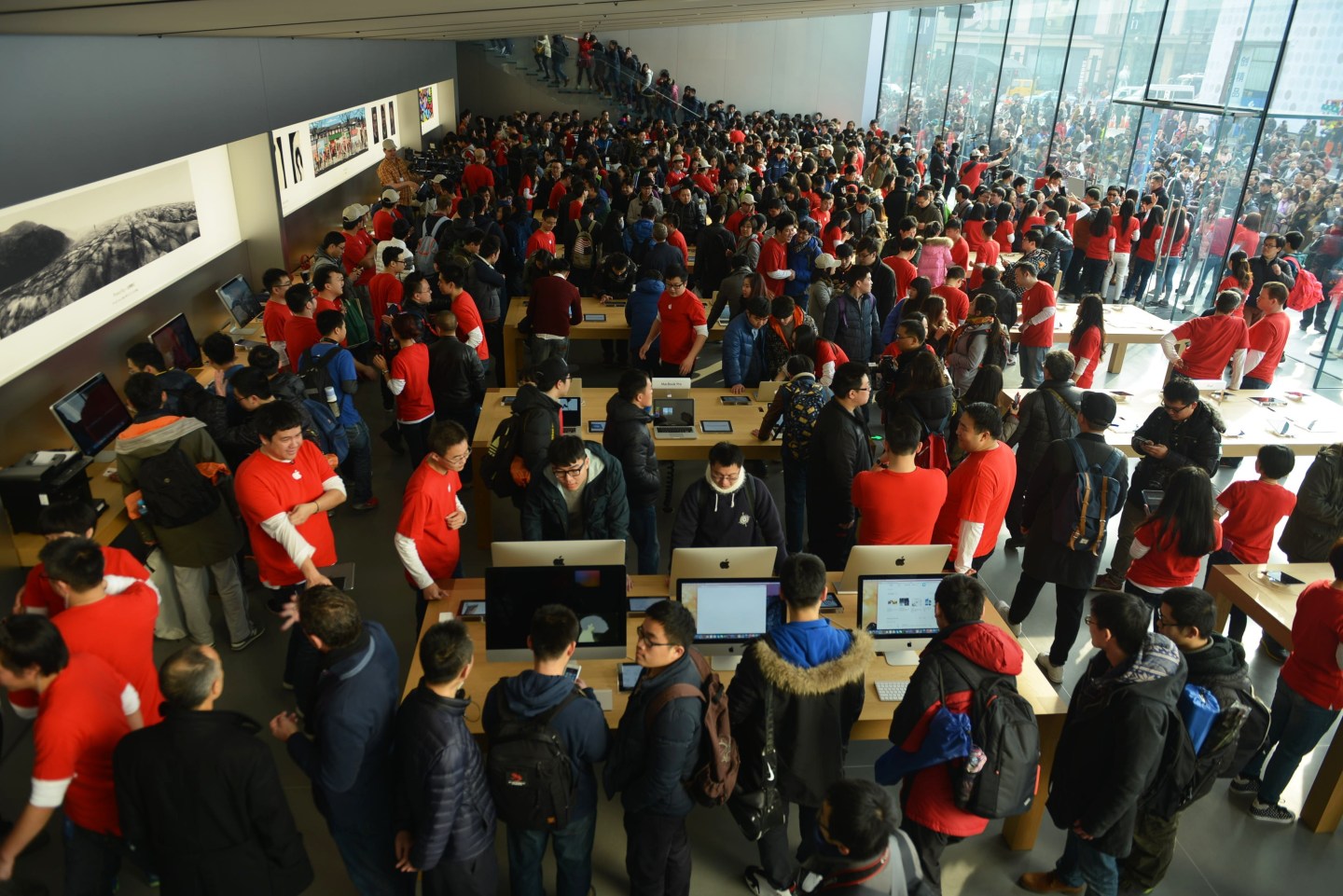 Apple on Saturday opened another Chinese Apple Store — its 20th — in Hangzhou, known for its picturesque lake and the corporate headquarters of Alibaba, China’s largest e-tailer.

Tim Cook tweeted this one:

Apple fans sleep as they wait for the opening of Asia’s largest Apple store.Photograph by ChinaFotoPress via Getty Images

People prepare for the opening.Photograph by ChinaFotoPress via Getty Images