Chalk up another two customers for IBM’s cloud business 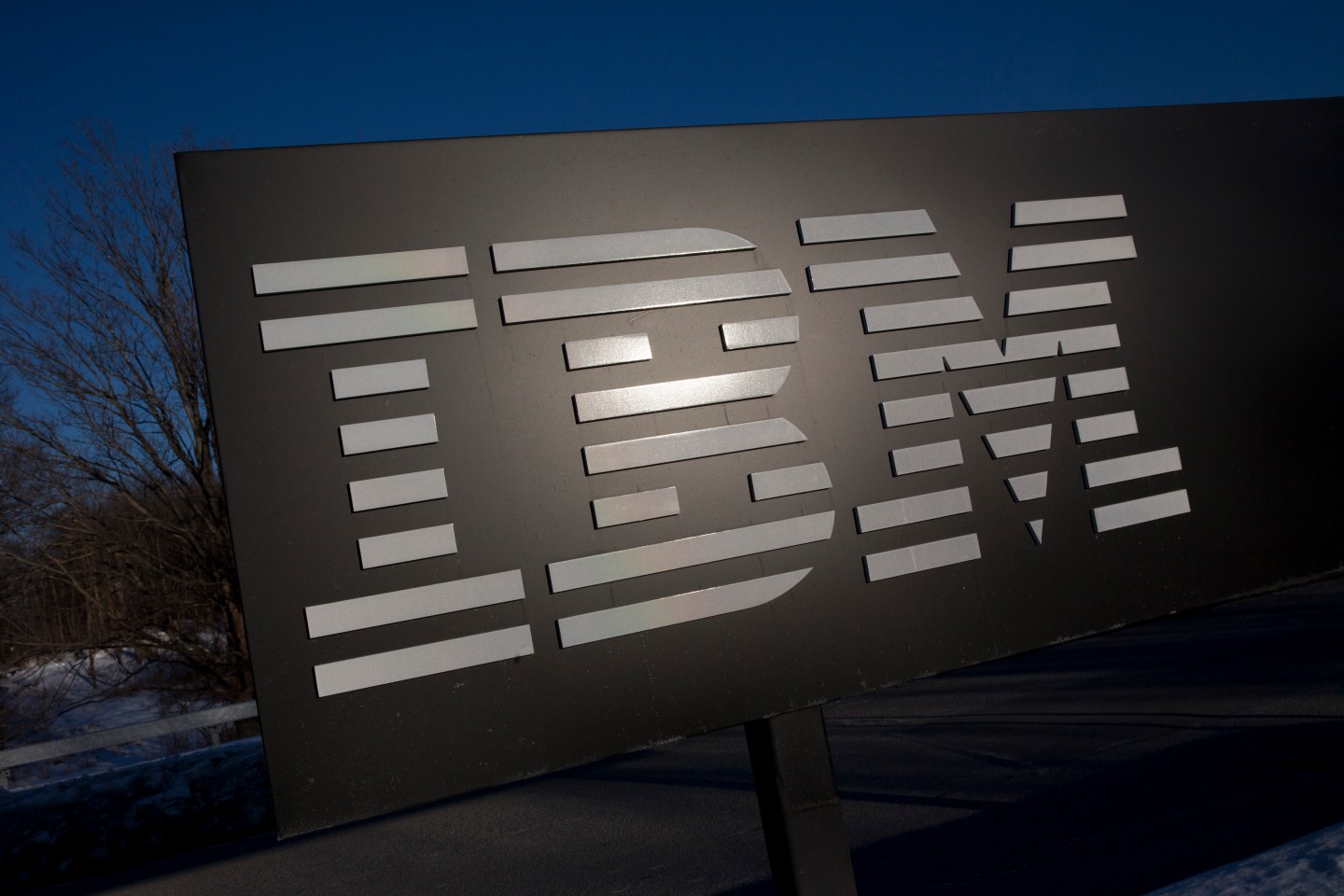 The International Business Machines Corp. (IBM) signage is displayed in front of the Thomas J. Watson Research Center, the headquarters of the company's research, in Yorktown Heights, New York, U.S., on Tuesday, Feb. 11, 2014. IBM is spending $1 billion to build a new division around its Watson supercomputer, which can analyze large volumes of data and answer questions. Photographer: Scott Eells/Bloomberg via Getty Images
Photograph by Scott Eells — Bloomberg/Getty Images

One, a $500 million services agreement with healthcare benefits company Anthem, adds to the string of existing services customers switching to IBM cloud data centers or software as a service applications. It’s a theme the company has sounded often over the past year.

The other establishes IBM (IBM) as the cloud host for a new service from Clarient Global, backed by a consortium of financial services companies including Barclays, BNY Mellon, Credit Suisse, Goldman Sachs, JPMorgan Chase, and State Street. (Clarient is related to The Depository Trust & Clearing Corp.) This agreement is potentially more intriguing, because it represents a net new account for IBM’s cloud business rather than the renegotiation of an existing outsourcing relationship.

Under the pact, IBM will host a centralized, secure hub for client reference data and documents on its SoftLayer technology. Here’s the rationale from Clarient CEO Matthew Stauffer: “IBM’s cloud platform, coupled with its deep security expertise, plays a vital role in enabling this new service to help increase efficiency and control over client data while reducing risk and costs.”

Last year, IBM pulled in $7 billion in revenue last year related to cloud services—a level it was hoping to hit by the end of 2015.

In recent weeks, the company restructured to accelerate that momentum, naming veteran IBM Software manager Robert LeBlanc as the senior vice president. “We took all the pieces that were sitting in various places throughout IBM, some of them in services, some of them in software, and pulled them together,” LeBlanc said in a brief interview Wednesday. “It gives us the opportunity to innovate at speed.”

He isn’t committing—publicly at least—to a new goal. His team also has a lot of hiring to do before it can rev up: there are at least 1,000 open positions in a unit that as a whole employs “thousands” of people.

This item first appeared in the Jan. 22 edition of Data Sheet, Fortune’s daily newsletter on the business of technology. Sign up here.