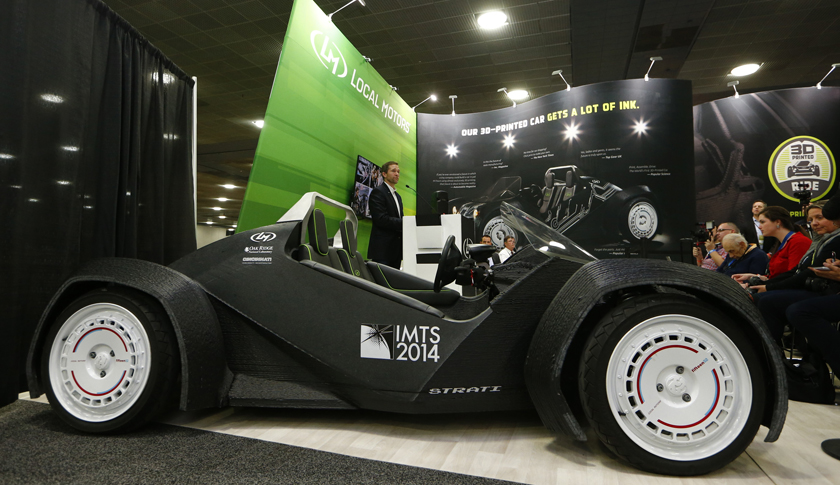 Local Motors, a tech company based in Phoenix, Ariz., may have given us our first glimpse of the future of automobile manufacturing.

This week at the Detroit auto show, the company 3D-printed a car called the Strati. The two-seater is made of plastic components and can go up to 25 miles per hour.

The car — which Local plans to sell later this year — takes about 44 hours to print, and is then outfitted with an electric car battery, motor and suspension from French automaker Renault, according to the Associated Press. Local Motors CEO Jay Rogers told the AP the Strati is the first of three vehicles he plans to sell. The Strati will cost between $18,000 and $30,000, he added.

Local Motors plans to create a microfactory at the National Harbor, a shopping and entertainment area in Maryland. The microfactory — a center where cars are designed, manufactured and sold — will be like “Build-a-Bear mashed up with Ikea mashed up with Formula 1,” said Rogers.

The factory isn’t yet open because of the need for local zoning law changes, according to the Washington Post. The Post also notes that the Strati is not yet highway-legal.