Does Saks have the legal right to fire a transgender employee? 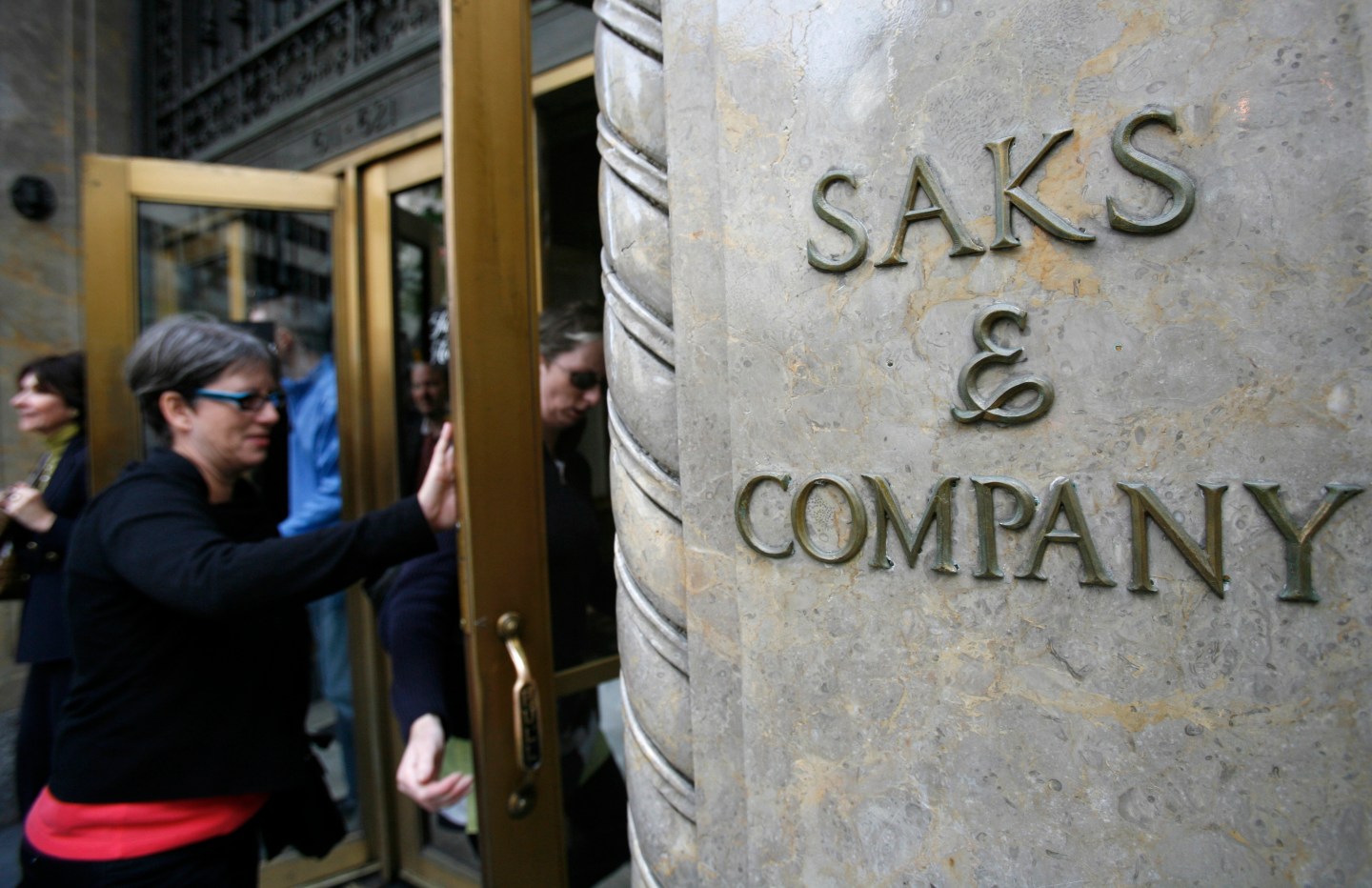 The outside of the Saks Fifth Avenue store is seen in New York October 8, 2009. While U.S. retailers posted their first monthly sales increase in more than a year, Saks Inc missed expectations with a 11.6 per cent decline. REUTERS/Shannon Stapleton (UNITED STATES BUSINESS) - RTXPFW0
Photograph by Shannon Stapleton — Reuters

A former employee of Saks & Co. is taking the luxury retail store to court in Texas, claiming that she was discriminated against for being transgender.

Leyth Jamal says she was belittled by coworkers, forced to use the men’s room and repeatedly referred to by male pronouns (he and him) before ultimately being fired. The company responded in late December with a motion for the federal court to dismiss the case. In it, Saks’ lawyers don’t spend much time on any specific claims about mistreatment, instead arguing that transgender people simply aren’t protected by federal non-discrimination laws.

Legal experts who specialize in LGBT issues disagree. While there’s no federal law protecting transgender people from discrimination, courts and government agencies have taken the position that it is illegal, especially in recent years.

The Saks team declares it is “well settled” that transgender people are not protected under Title VII, the portion of the Civil Rights Act that prohibits discrimination based on sex. Opening their defense, they quote from a 7th circuit ruling that says sex discrimination is not synonymous with “discrimination based on an individual’s sexual identity disorder or discontent with the sex into which they were born.” But it’s important to note that this ruling was made in 1984.

“We’ve seen a real turnaround,” says Shannon Minter, legal director for the National Center for Lesbian Rights. “Early cases from the ’70s and ’80s were negative … but starting about 10 years ago, there began to be a reversal of that.”

Ilona Turner, legal director at the Transgender Law Center, says that if anything is “well settled,” it’s the fact that transgender people should be protected under Title VII. “The trend has been very, very strong in recent years,” she says of court decisions in cases involving transgender employees and students.

The Equal Employment Opportunity Commission, a federal agency in charge of enforcing laws that prohibit discrimination against job applicants or employees, takes a similar position on the matter. “We have claimed that to discriminate against someone based on their gender identity is the same as gender stereotyping and therefore is discrimination on the basis of sex,” says EEOC spokesperson Justine Lisser.

In the end, the case set a standard that making employment decisions based on gender stereotypes like that—expectations about how a man or woman should look or behave—amounts to sex discrimination. Turner argues that discrimination against a transgender person “is always related to the perception that they’re going against sex stereotypes.”

In 2012, the EEOC made a landmark decision in a case known as Macy v. Holder. According to the complaint, a transgender woman applied for a job with a federal agency while still presenting as a man. She was qualified for the position, had a successful interview and was told she had the job as long as no problems arose during her background check. During this time, the applicant alerted the agency that she would be transitioning from male to female, and a few days later she was told that funding had dried up and the job was no longer available. Then she found out that someone else had been hired instead.

The case led the EEOC to explicitly state that discrimination based on gender identity is a form of sex discrimination under Title VII. “To refuse to hire her because she was a man who had transitioned to a woman was equal to saying she didn’t meet some social norm,” says Lisser. The EEOC now has two lawsuits pending against private companies who allegedly discriminated against workers for being transgender, under the same interpretation of the law.

In December 2014, Attorney General Eric Holder announced that the entire Department of Justice would also be taking the position in litigation that Title VII protects people from discrimination based on their transgender status. “This important shift will ensure that the protections of the Civil Rights Act of 1964 are extended to those who suffer discrimination based on gender identity,” Holder said. “And it reaffirms the Justice Department’s commitment to protecting the civil rights of all Americans.”

The announcement underscored just how quickly things are changing: Holder was the namesake in the Macy v. Holder case, because she had applied for a job with a bureau in the Department of Justice.

Still, the Saks’ case could go either way. Courts have ruled in conflicting ways on the issue, and despite Americans’ common belief that there is a federal law barring discrimination against LGBT people, no such statute exists. While 18 states have non-discrimination laws that cover sexual orientation and gender identity (and three more cover just sexual orientation), Texas is not one of them. Consider same-sex marriage as a comparison: just because courts have been ruling in favor of allowing same-sex marriage, that doesn’t mean couples can get married in states where rulings on the issue are still pending.

“It is still not a settled question of law for the entire country and it won’t be settled until the Supreme Court addresses the issue,” says Minter. “There’s no way to secure certain and stable protections that can’t be undone except by states and the federal government enacting legislation.” In late 2014, Oregon Sen. Jeff Merkleyannounced that he would be proposing a comprehensive LGBT non-discrimination bill in the spring, though its chances are slim in the Republican-controlled House or Senate.

Opponents of local or state-level non-discrimination bills that include gender identity often make the arguments that the specific protections are unnecessary, because legal precedents already protect transgender people and because so many corporations have their own non-discrimination policies in place.

However it shakes out, the Saks case is ammo for critics of those arguments. Despite billing itself as “inclusive to the LGBT community,” Saks’ lawyers are arguing that “employment handbooks are not contracts.” On Jan. 8, the Human Rights Campaign meanwhile suspended the company from their Corporate Equality Index, a ranking of LGBT-friendly workplace policies that Saks had scored high on in the past.

Jamal’s claims about the poor way she was treated, on top of her team’s legal arguments, will have to be tested in court. If the court rules against her, agreeing with Saks’ lawyers about Title VII, it may actually bolster politicians like Merkley who are trying to make such lawsuits moot by passing non-discrimination laws. “I just wanted to do my job,” Jamal has said, “but I was met with resistance at every step of the way.”