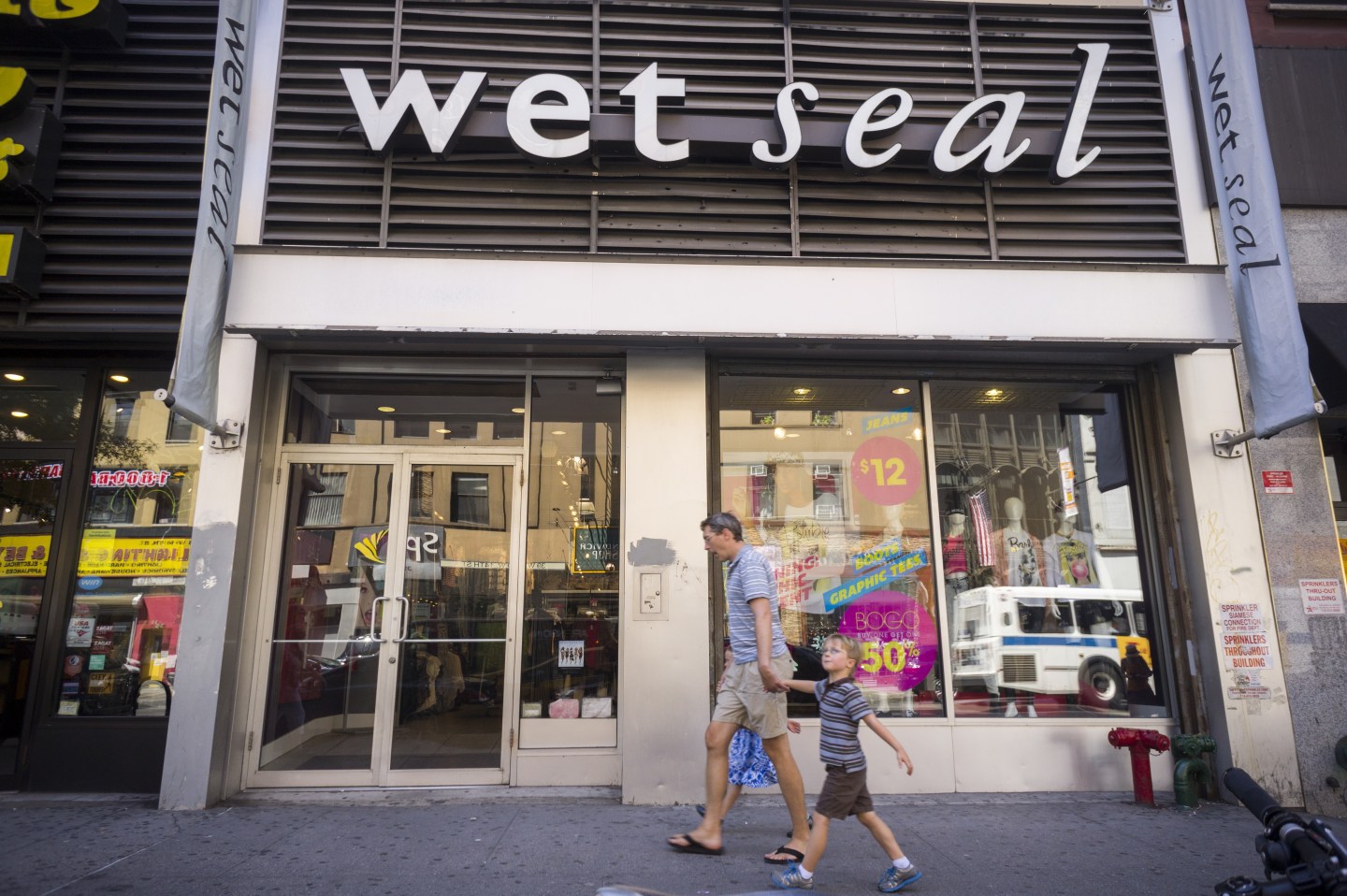 Teen fashion purveyor Wet Seal has announced it will close 338 stores — two-thirds of the company’s retail locations — in a move that will result in layoffs that will affect about 3,695 employees.

The decision isn’t exactly a surprise, as the retailer has struggled to compete with larger fast-fashion competitors such as H&M that offer more on-trend merchandise. Wet Seal (WTSL), which last year announced it would close its Arden B locations, has reported annual losses in 2012 and 2013 as sales tumbled lower. The company is also poised to report a third consecutive annual loss and another year of sliding sales for 2014.

News of Wet Seal’s store closures began to surface earlier this week, when Buzzfeed and others reported of short store-closure notices that were posted on some of Wet Seal’s stores. Wet Seal employees, who lamented the reported one-day notice they received about losing their jobs, took to Twitter and other forms of social media to complain about management. A company spokeswoman wasn’t immediately available to comment on how Wet Seal handled its notice to employees.

“This was a very difficult decision to make, but after reviewing many other options since I returned to the company in September, our financial condition leaves us no other alternative than to close these stores,” said CEO Edmond Thomas in a statement announcing the closures.

Investors have taken notice. The shares of many teen-focused retailers have slumped of late, badly underperforming the broader market’s rally. Wet Seal’s shares are worth less than $1 per share today, while Aeropostale (ARO) isn’t worth much more at around $2.30 per share. The stock prices for American Eagle, Abercrombie and Urban Outfitters (ARO) have also performed poorly.

Meanwhile, Wet Seal’s upper management has also seen a lot of changes. Edmond Thomas rejoined the retailer in September as CEO after previously serving in that role from 2007 to 2011. Wet Seal also appointed a new interim chief financial officer in November.

Wet Seal will have just 173 retail stores and its Internet business remaining after it shutters the other locations. The stores that are being closed represent about 48% of its $316 million in net sales for the first nine months of 2014. The company said it would record pre-tax charges of $5.4 million to $6.4 million related to the store closures, charges that would include inventory write-offs and employee severance and other job termination costs.