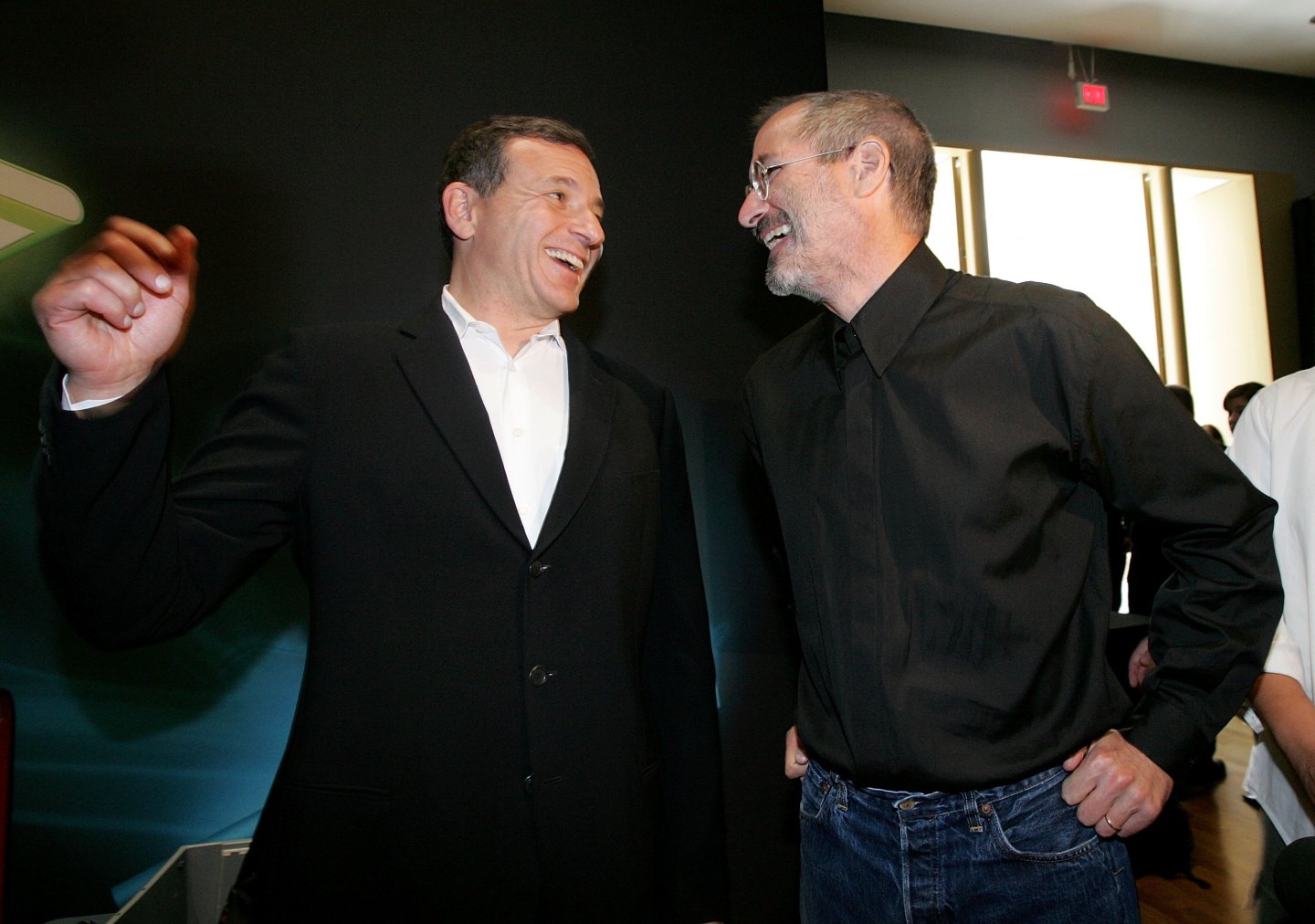 SAN FRANCISCO - SEPTEMBER 12: Apple CEO Steve Jobs (R) shares a laugh with Walt Disney CEO Bob Iger during an Apple media event September 12, 2006 in San Francisco. Jobs announced new iPods and video downloads from iTunes as well as a sneak peek at a device tenatively called iTV which allows you to channel iTunes to your television and is expected out in early 2007. (Photo by Justin Sullivan/Getty Images)
Photograph by Justin Sullivan — Getty Images

One of the highlights of Michal Lev-Ram’s cover story in the current issue of Fortune is the section about Bob Iger’s relationship with Steve Jobs, who brought Pixar’s hit-making machine to Disney (DIS) and became, in return, Disney’s largest shareholder and a key advisor.

In a second piece posted Tuesday, Lev-Ram fleshes out that section with new details from her notebook. Among them: