‘The Interview’: Why did Apple stay on the sidelines? – Sunday 1 p.m. ET update 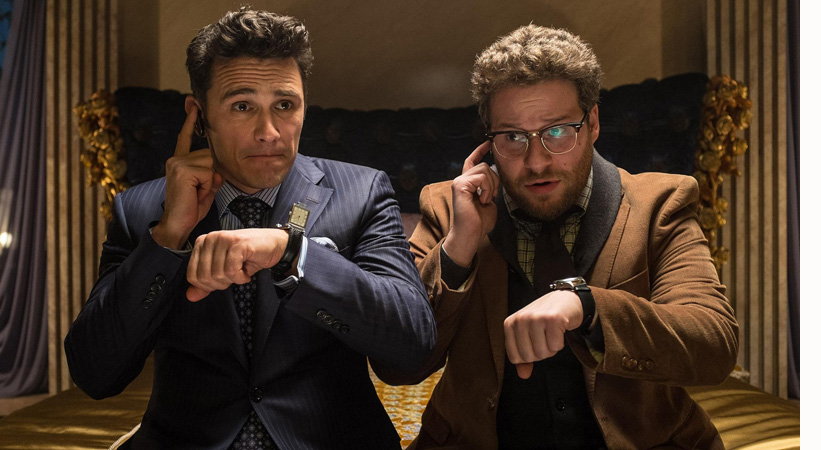 Steve Jobs would dip his toe from time to time in public affairs. Tim Cook has dived in head first. On gay rights. On climate change. On privacy and government intrusion.

But not this time. Not for what passes for free speech in Hollywood. Not for “The Interview.” Not even, according to the New York Times, for the President.

So it was Google’s Eric Schmidt who got the credit for “personally” brokering the deal that put Seth Rogan and James Franco’s raunchy bromance on the Internet. Even before it played at the art houses — to packed theaters — Sony Pictures’ comedy about a C.I.A. plot to kill the leader of North Korea was available for pay on YouTube, Google Play and X-Box Live. And, soon after, for free on the Pirate Bay.

Why? I don’t know, and I hesitate to speculate. Especially since the thing could turn up on iTunes any day now.

UPDATE: Sure enough, Apple put the movie up Sunday at 1:00 p.m. ET. “We’re pleased to offer The Interview for rental or purchase on the iTunes store,” was all Apple would tell Fortune on the record. (See Better late than never.)

For four days, Apple had ceded the high ground — or something like it — to its competitors.

“After discussing all the issues,” Google’s (GOOG) official blog post proclaimed, “Sony and Google agreed that we could not sit on the sidelines and allow a handful of people to determine the limits of free speech in another country (however silly the content might be).”

It’s not like Tim Cook to duck an issue he cares deeply about. I know where he stands on everything from corporate transparency to growing up gay. I’d love to hear his thoughts about “The Interview” and the geopolitical baggage it carries.