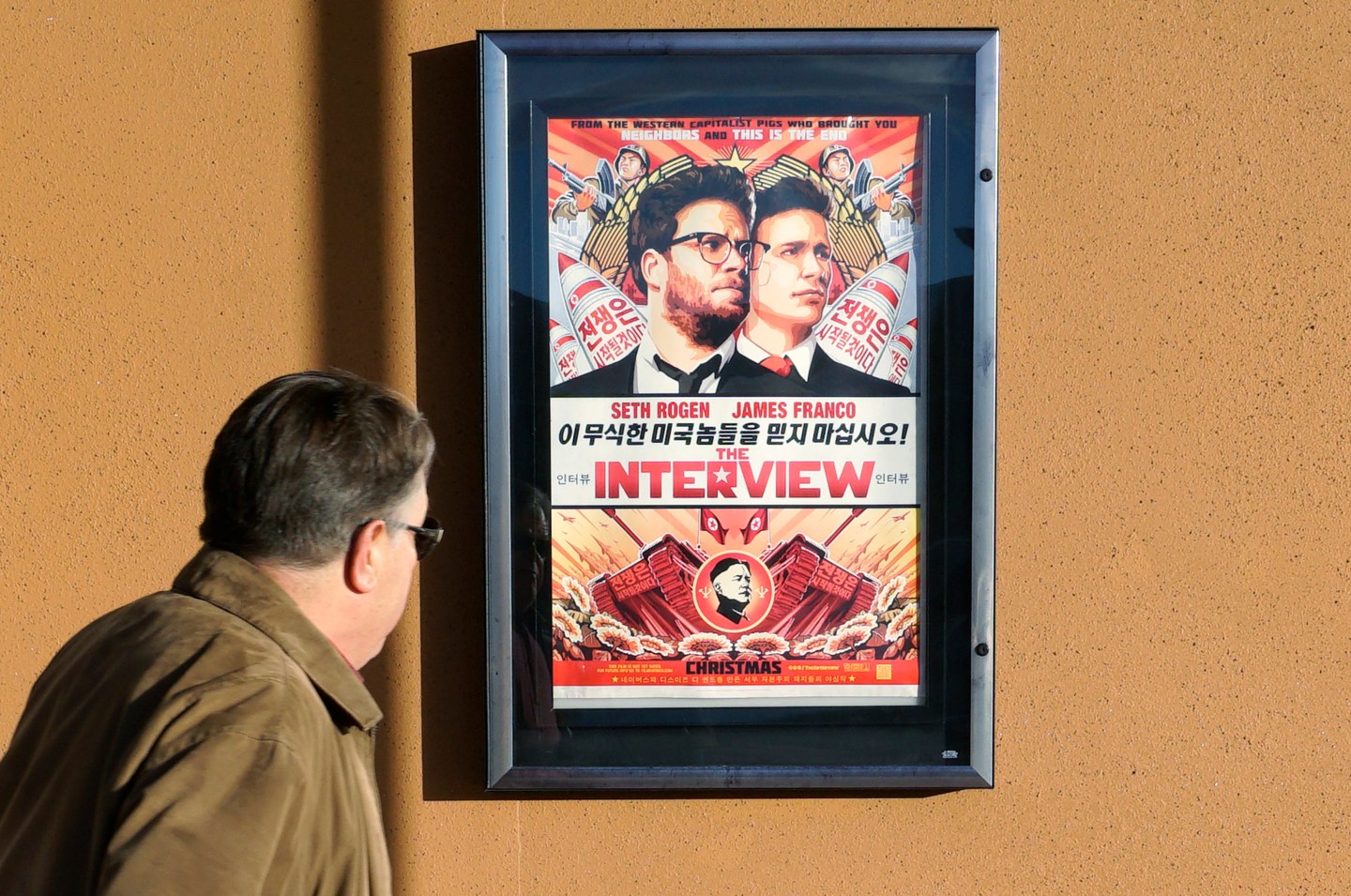 On Monday, the Hollywood Reporter and Variety reported that Sony was looking for a way to release “The Interview” digitally, as video on demand. In Tuesday’s New York Times, Brooks Barnes and Michael Cieply put Apple in the picture:

It remained unclear, however, whether any on-demand service would take ‘The Interview.’ According to people briefed on the matter, Sony had in recent days asked the White House for help in lining up a single technology partner — Apple, which operates iTunes — but the tech company was not interested, at least not on a speedy time table. An Apple spokesman declined to comment.”

Speedy time table indeed! This story is moving too quickly — who knows where it’s going to land? But it’s got the makings of a great movie script. It’s got Hollywood. It’s got hackers. It’s got a terror plot. It’s got a loony dictator. It’s got the White House.

And now it has Apple.

We’re down to the wire here, folks. It’s Christmas Eve. Good or bad, America wants to see this movie. The President wants us to see this movie. If Tim Cook is going step up, join the art houses, and put this reckless lowbrow comedy on Apple TV, now’s the time.

Highly recommended: David Carr’s How the Hacking at Sony Over ‘The Interview’ Became a Horror Movie

UPDATE 10 a.m.: Writing for CNNMoney, Brian Stelter lists Apple as one of several possible outlets for rental or streaming, including Google, Netflix and Hulu.

Not one hour after we heard YouTube had “tentatively agreed” to offer The Interview as a rental, Sony Pictures has confirmed the film will be available online starting today at 1PM ET. It’ll be offered through YouTube Movies, Google Play, Xbox Videos, and a dedicated website SeeTheInterview.com.

The film will cost $5.99 to rent and $14.99 to own an HD copy. Notably absent from the list: Apple’s iTunes, which reportedly said no despite White House involvement, and Sony’s own PlayStation Network.”

UPDATE: 12:50 p.m.: Peter Kafka on Re/Code: “Sony confirmed it will rent the movie via its own site, www.seetheinterview.com, via Google’s YouTube, Google’s Google Play store and on Microsoft’s Xbox Video store.”