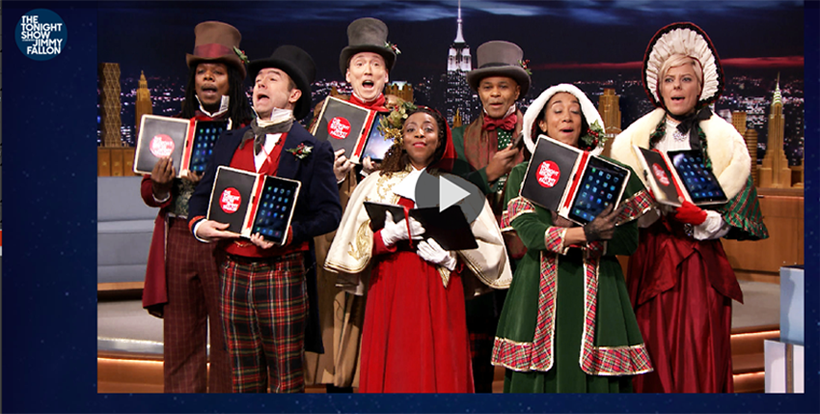 Jimmy Fallon got into the holiday spirit Wednesday night by giving everybody in his Tonight Show audience a free iPad Air 2.

The big reveal wasn’t quite up there with Oprah Winfrey’s 2004 giveaway: 276 new Pontiac G6s.

But it wasn’t bad.

Fallon has a long history with Apple. His desk on the set always sports the latest-model MacBook. He’s done live iPad-assisted duets with the likes of Billy Joel and Robert Plant. And he teamed up this fall with Justin Timberlake to do some brilliant — but uncredited — voice work on a series of iPhone 6 ads.

I don’t know enough about how these marketing deals are put together to know who footed what part of the bill for Fallon’s iPads — which start at $499 for Wi-Fi only.

But we learned in the aftermath of Oprah Winfrey’s “You’ve got a car! You’ve got a car!” event that there’s no such thing as a free Pontiac. Winfrey declared the cars as $28,500 “prizes” — not gifts — which put the recipients on the hook for as much as $7,000 in taxes.

No word from NBC on the tax status of the iPads.

Below: The Hulu version of Fallon’s iPad “Stocking Stuffer” segment.

And for some vintage viral video, here’s Winfrey’s big reveal. Jimmy Fallon could learn something from her about how to stage these things.