Why Apple’s e-book appeal is a big deal 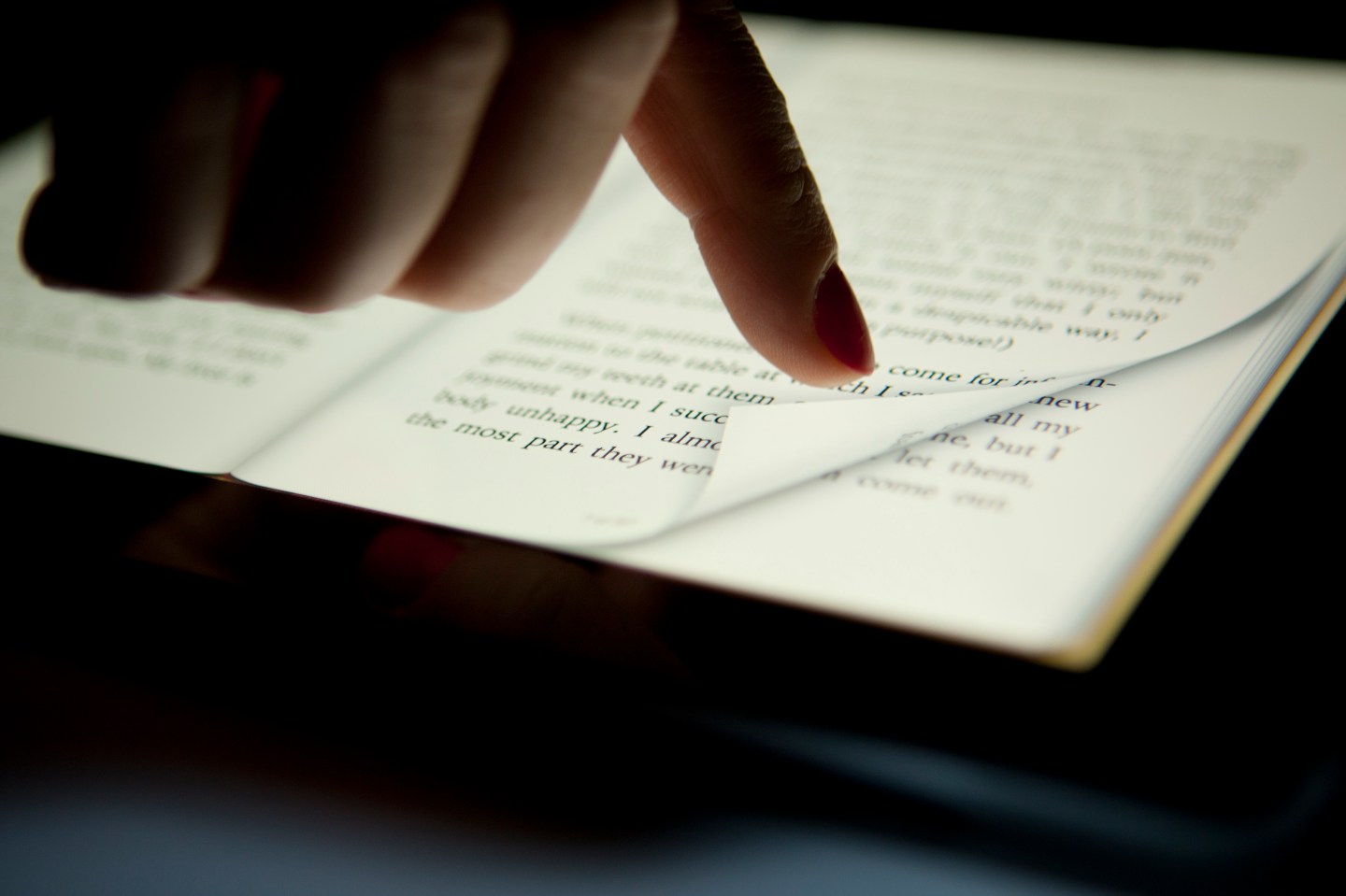 A digital book is displayed on an Apple Inc. iPad for a photograph in New York, U.S., on Wednesday, April 11, 2012. Apple Inc. and two publishers, Macmillan and Penguin, were accused by the U.S. Justice Department of conspiring to fix prices of digital books to undermine Amazon.com Inc.'s dominance of the industry. Photographer: Scott Eells/Bloomberg via Getty Images
Photograph by Scott Eells — Bloomberg via Getty Images

When the Department of Justice charged Apple with conspiring to fix the price of e-books, the case was widely seen in both Silicon Valley and New York publishing circles as an error of enforcement.

Why was Apple, a giant in its own right but a new entrant in the e-book market, being prosecuted and not that other giant, Amazon?

Amazon, after all, had an 80% to 90% share of the e-book market — a monopoly by almost anybody’s standard — and was selling the publishers’ most important titles below cost.

But when District Judge Denise Cote sided with the DOJ and ruled that Apple had violated the Sherman Antitrust Act, what had been a question of enforcement became a question of law.

That question will be raised Monday morning before a three-judge panel at the U.S. Court of Appeals for the Second Circuit.

The judges’ answer is likely to turn on an obscure legal point: Did the district court judge commit a reversible error when she found Apple guilty “per se” of a horizontal price-fixing conspiracy?

Apple argues that vertical price-fixing agreements — for example, between an e-book distributor and e-book publishers — are not per se unlawful. At trial and in its appellate brief it invoked the Supreme Court’s ruling in Leegin Creative Leather Prods v. PSKS that vertical price restraints must be weighed by the more forgiving “rule of reason.”

What that means in this case, Apple argues, is that whatever the publishers were up to — and as direct competitors who lunched they may well have been engaged in an unlawful conspiracy — the court must judge Apple by a different standard. If its actions are ambiguous — if it merely created, for its own business reasons, contractual incentives for the publishers to gang up on Amazon — it should be given the benefit of the doubt.

The hearing is scheduled to start at 10:00 a.m. ET and last about an hour. Fortune’s Roger Parloff and I will be team-covering it as best we can from a courtroom where computers and cell phones are barred.

We may be able to read something in the judges’ questions or body language, but there is not likely to be a ruling for several months. If the case is sent back to Judge Cote’s court, the $450 million settlement Apple agreed to gets reduced to $70 million — $50 million for consumers, $20 million in attorneys’ fees. If Judge Cote’s decision is overturned, Apple pays nothing.

If Apple loses the appeal we could be going — as Parloff predicted a year and a half ago — to the Supreme Court.

What Apple had coordinated was hardly a typical price-fixing conspiracy. The publishers had chosen Apple’s terms—including a cap on prices—even though the terms reduced the returns they would receive from e-book sales. The court entirely ignored what really mattered: the platform competition between Amazon and Apple.”