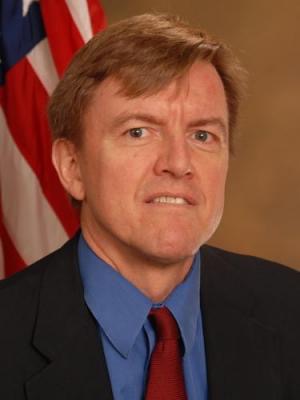 The e-book antitrust trial that went so badly against Apple two years ago is headed to an appeals court Monday and there’s a new name on the docket.

Arguing for the U.S., alongside the lawyers for the antitrust division who handled the trial, will be Malcom Stewart, one of the biggest guns in the office of the U.S. Solicitor General.

For the Solicitor General’s office to argue a case at this level is not unprecedented. It handled some of the Obama Administration’s oral arguments in Affordable Care Act appeals, for example.

But it is rare.

As a rule, when the Department of Justice wins at the trial stage and the losing party appeals, the concerned division of the DOJ — in this case antitrust — defends the ruling in the appellate process.

Why a Deputy Solicitor General would intercede here is a bit of a mystery.

Does the Solicitor General’s office — and by extension, the Obama Administration — feel that strongly about the righteousness of the DOJ’s cause?

After all, Apple’s argument that the e-book case turned antitrust law upside down — protecting a monopolist (Amazon) and prosecuting a new entrant (Apple) — has only been strengthened by Amazon’s (AMZN) subsequent behavior. (See Amazon: Friendly giant or unstoppable bully?)

Or does the office expect that U.S. v. Apple is headed to the Supreme Court, in which case it will either have to defend District Court Judge Denise Cote’s ruling that Apple illegally conspired to fix the price of e-books, or decide not to pursue it.