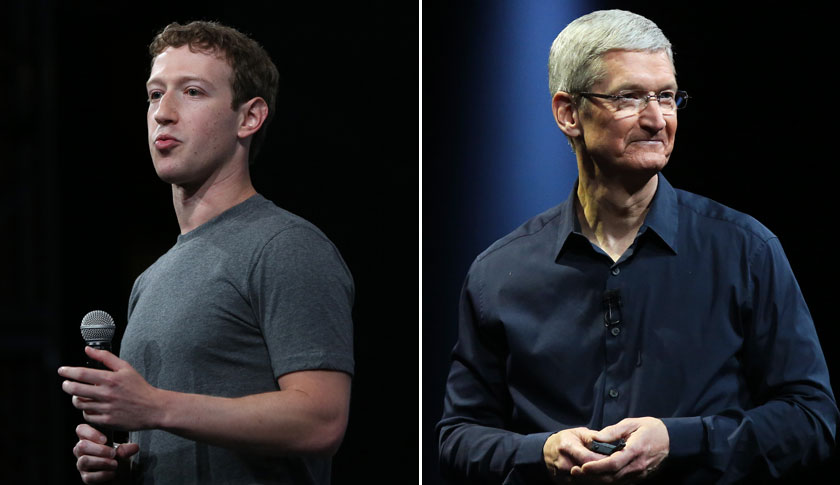 “The story of Facebook’s first decade,” writes Time Magazine’s Lev Grossman in next week’s cover story, “was one of relentless, rapacious growth, from a dorm-room side project to a global service with 8,000 employees and 1.35 billion users, on whose unprotesting backs Zuckerberg has built an advertising engine that generated $7.87 billion last year, a billion and a half of it profit.”

With a set-up like that, you can imagine that Mark Zuckerberg might take umbrage at Tim Cook’s characterization of companies whose business models are built on advertising.

“When an online service is free,” Cook wrote in September, “you’re not the customer. You’re the product.”

The sentiment is hardly original, and when Cook wrote it he was probably thinking of Google (GOOG) not Facebook (FB).

But it galled Zuckerberg. “It was the only time I saw him display irritation,” Grossman writes.

“A frustration I have,” Zuckerberg says, before a PR handler can change the subject, “is that a lot of people increasingly seem to equate an advertising business model with somehow being out of alignment with your customers. I think it’s the most ridiculous concept. What, you think because you’re paying Apple that you’re somehow in alignment with them? If you were in alignment with them, then they’d make their products a lot cheaper!”

I don’t quite follow the logic. But I’m not as smart — or as rich — as Mark Zuckerberg.

Link: Half the world is not enough