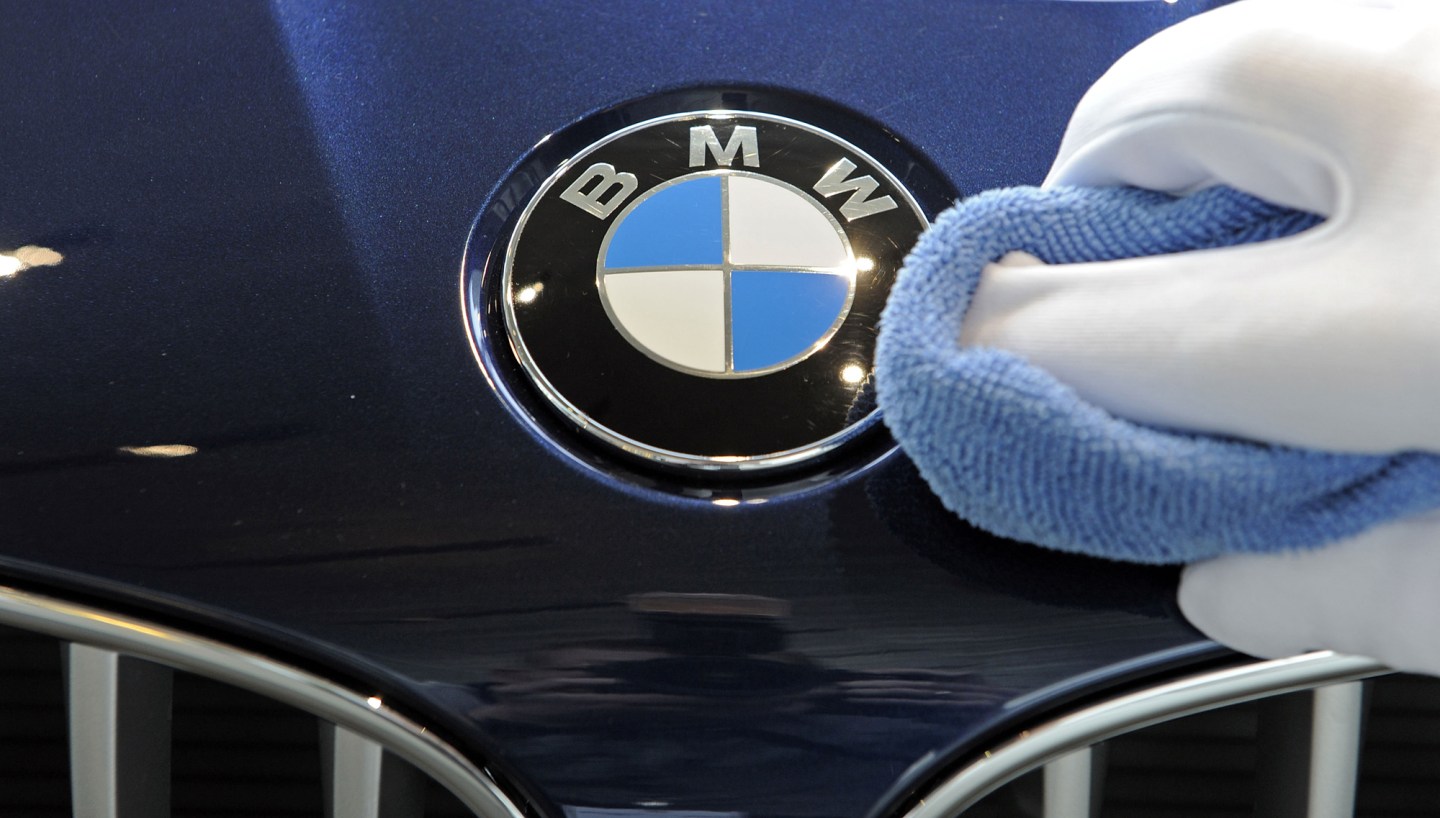 To help stay on top as global No. 1 maker of luxury automobiles, Germany’s BMW is redesigning the way its dealerships operate, a process that will include more “genius” product specialists and fewer sales personnel.

The concept, popularized by Apple (AAPL) with in-store specialists who explain the company’s laptops and other products, is a softer and more relaxed approach. Shoppers can pose questions to a trained expert without the pressure of price negotiation; once they’re ready to buy, a sales person takes over.

Lexus, which has ambitions to catch BMW one day, is thinking in the same direction. Greg Penske of Penske Motor Group has been employing “Lexperts” at Longo Lexus in El Monte, Calif., and Lexus of Stevens Creek in San Jose, Calif., for about three years.

“Even though it’s derived from the Apple Genius concept, we have been able to recruit college students who can learn about the business, see the career paths they can take—it’s a very similar income as an Apple Genius starting out—and drive cool cars,” Penske said. “You are seeing all manufacturers looking at doing this because as technology is getting more intuitive, we want to make sure customers get the best guest experience.”

It’s not exactly a secret that conventional automotive retailing, in which customers visit showrooms clutching the Sunday newspaper and either are ignored or fast-talked by high-pressure sales people is vanishing quickly. Most successful retail operations are employing new tactics. The Internet is playing a bigger and bigger role in automotive retailing. Shoppers spend hours doing research and often are extremely knowledgeable about the vehicle and the price at which it should sell.

Dealers in the U.S. are privately-owned franchises. Experts and geniuses, therefore, are employed by the dealers, though often trained by the automaker.

BMW said it’s closing in on a goal of having 500 geniuses employed at 339 U.S. dealerships by the end of the year. The idea was rolled out at BMW dealerships in Europe a year earlier. Some of the larger dealerships employ as many as ten; and a quarter of the personnel are women, BMW said.

Ian Robertson, BMW board member for marketing, said, “the automaker is changing the entire retail experience, and the geniuses are the front line to make it more informative and friendly for our customers.” More than 1,500 are working in dealerships in 43 countries, including one in Tibet.

Following a meeting of geniuses in Munich this month, Robertson said, “they’re excited, they like the new role, and they especially like seeing how much customers enjoy an atmosphere of information and no sales pressure.”

The next chapter in the future of automotive retailing already in unfolding, allowing customers for some car brands to examine the inventories of vehicles at specific dealerships, place an order and arrange financing – without a visit. AutoNation, the biggest publicly-owned chain of dealerships in the U.S., said it would unveil in December an online system that will allow buyers to select and reserve vehicles from dealer inventory.

BMW, perhaps anticipating the future, is making its geniuses available online as well.