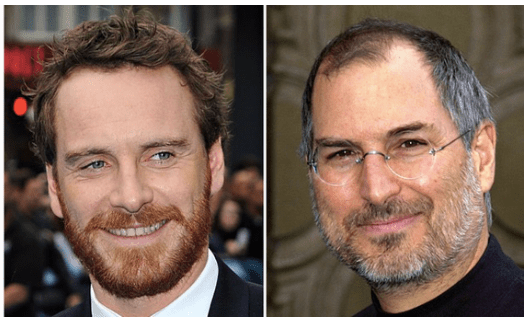 I don’t usually pay such close attention to Hollywood gossip, but covering Apple is my business, Walter Isaacson was my editor, and Aaron (The West Wing, The Social Network) Sorkin is my favorite screenwriter.

So ever since Sony Pictures bought the movie rights to Isaacson’s Steve Jobs and hired Sorkin to write the screenplay, I’ve been rooting for this project to succeed — to do justice to its mercurial subject where previous feature-length movies fell short.

It’s been a bumpy ride. A change of directors. A couple false starts casting the lead. And then a whole new studio.

On Monday, less than a week after Sony dropped the picture, Universal Studios picked it up. According to the Hollywood Reporter, which broke the news, it was shopped to Universal — with Michael (Inglourious Basterds) Fassbinder in the title role — for more than $30 million.


Director Danny (Slumdog Millionaire) Boyle is said to be talking to Seth (Knocked Up) Rogan about playing Steve Wozniak and is reportedly eyeing Jessica (The Help, Zero Dark Thirty) Chastain and/or Scarlett (Lost in Translation, Her) Johansson for leading roles.

Sorkin, whose specialty is dysfunctional male-female relationships, is said to have written a big part for Lisa Brennan-Jobs. She’s the out-of-wedlock daughter, Jobs admitted to Isaacson, for whom the Lisa computer was named.

The reaction of the tech press to the Universal news was all over the lot. A headline sampler: