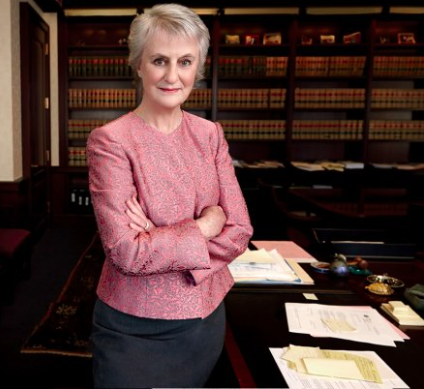 That tortuous e-book trial she presided over the year before had netted only $450 million — $50 million in court fees and $400 to consumers. Split among 23 million readers that works out to $17.39 apiece.

That’s if the appeals court accepts without reservation her ruling that what Apple did to carve out a piece of Amazon’s e-book market was against the law. See The view from the hard benches.

If the higher court sends the decision back to her — for any reason — the consumers get 12.5 cents on the dollar, or $2.17 apiece. If the court reverses her decision, Apple pays nothing.

“It was the best deal we could get,” said a lawyer representing the consumers when it was proposed.

Cote sent the deal back for revision, but Apple didn’t budge. “We’ve done nothing wrong here,” Tim Cook insisted before the case went to trial. “We’re not going to sign something that says we did something we didn’t do.”

Cook, who must have signed off on the settlement, is betting on the appeals court.

On Friday, four months after it was offered, Judge Cote took that bet.

And according to Reuters’ Nate Raymond, she blamed the delay on Apple.

The U.S. Court of Appeals for the Second Circuit is scheduled to hear Apple’s appeal on Dec. 15.