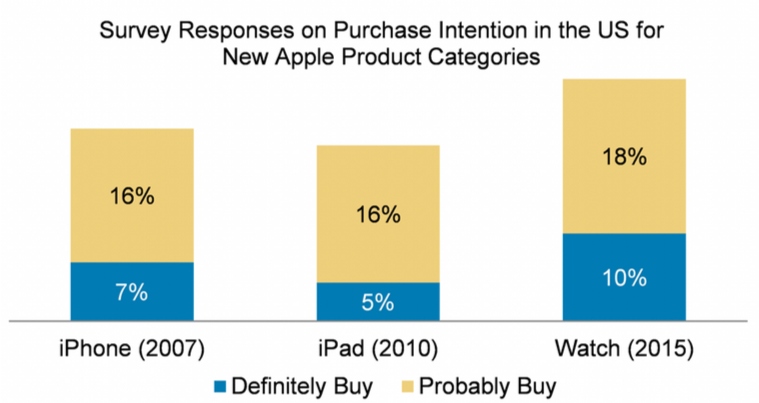 Analysts underestimated demand for Apple’s first two mobile devices, says Morgan Stanley’s Katy Huberty, and we should expect even more of the same for the company’s first wearable.

“Street estimates run the gamut,” she wrote in a note to clients Wednesday, “with most ranging between 10M and 30M units in the first year. We believe looking at penetration into the Apple installed base yields the most realistic assessment of demand potential of the Watch. Our 30M unit estimate implies 10% penetration into Apple’s 315M iPhone 5 or newer installed base exiting 2014, which is lower than iPad penetration of 14% in its first year but higher than iPhone at 7%.”

The iPhone, she points out, was in short supply when it first launch and had a deal with only one carrier.