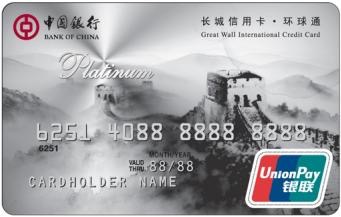 It’s a pretty safe bet that nearly every Chinese iPhone owner — and there could be a couple hundred million — also has a UnionPay credit or debit card. China UnionPay isn’t just the biggest bank card company in China, it’s the only Chinese bank card, with more than 4.5 billion cards issued worldwide.

On Monday morning (Beijing time), Apple announced that it had struck a deal that will make it easier for UnionPay card holders to buy goods and services on Apple’s App Store in China — the company’s second largest market for app downloads.

Rather than clicking through a cumbersome three-step process — selecting a bank, setting up an online password, and depositing a minimum of roughly $8 in a prepaid account — just to buy an app, Chinese customers can now link their Apple ID with their UnionPay card for what Apple describes as “one-tap purchases.” Apple already has hundreds of millions of credit card numbers on file. This deal gives it access to an addressable market measured in billions.

What Apple’s press release didn’t say is whether Apple Pay will be accepted at the QuickPay kiosks UnionPay has been deploying in thousands of Chinese cities and town.

A rumor that an Apple Pay/UnionPay deal had been struck surfaced on China’s Caixon Online on Sept. 11, two days after Apple’s friction-free payment system was unveiled.

So far, only the iPhone 6 and iPhone 6 Plus, with their built-in NFC transmitters, will work with Apple Pay. But those devices are selling like hot steamed buns in Beijing. Chinese demand for the iPhone 6 Plus in particular is so high in that even today, more than three months after it was released, Chinese resellers are lining up every morning outside Apple Stores in U.S. cities to buy that day’s supply.

Below: The text of Monday’s press release. Guess which paragraph wasn’t written by Apple.

BEIJING—November 17, 2014—Apple® today announced that the App Store℠ has added UnionPay as a payment option for customers in China. China UnionPay is the most popular payment card in China and will provide App Store customers with a simple and more convenient way to purchase their favorite apps. Customers can easily link their Apple ID with a UnionPay debit or credit card for one-tap purchases.

“The ability to buy apps and make purchases using UnionPay cards has been one of the most requested features from our customers in China,” said Eddy Cue, Apple’s senior vice president of Internet Software and Services. “China is already our second largest market for app downloads, and now we’re providing users with an incredibly convenient way to purchase their favorite apps with just one-tap.”

As a bankcard network, China UnionPay operates China’s national inter-bank clearing and settlement system, develops the worldwide UnionPay Card acceptance network, promotes the issuance and usage of the UnionPay Card as well as other innovative payment solutions, so as to provide quality, efficient and safe payment services to cardholders. To date, the total number of UnionPay Cards issued both at home and abroad has exceeded 4.5 billion. The UnionPay network has been extended to all cities and rural areas in China. In addition, China UnionPay has enabled UnionPay Card acceptance in over 140 countries and regions through extensive cooperation with more than 400 institutions around the world. Additional information may be found at: www.unionpay.com.

Apple designs Macs, the best personal computers in the world, along with OS X, iLife, iWork and professional software. Apple leads the digital music revolution with its iPods and iTunes online store. Apple has reinvented the mobile phone with its revolutionary iPhone and App Store, and is defining the future of mobile media and computing devices with iPad.

Note: An earlier version of this story mistakingly referred to 4.5 billion UnionPay cardholders. The correct stat, as at least two readers have pointed out, is 4.5 billion cards issued.