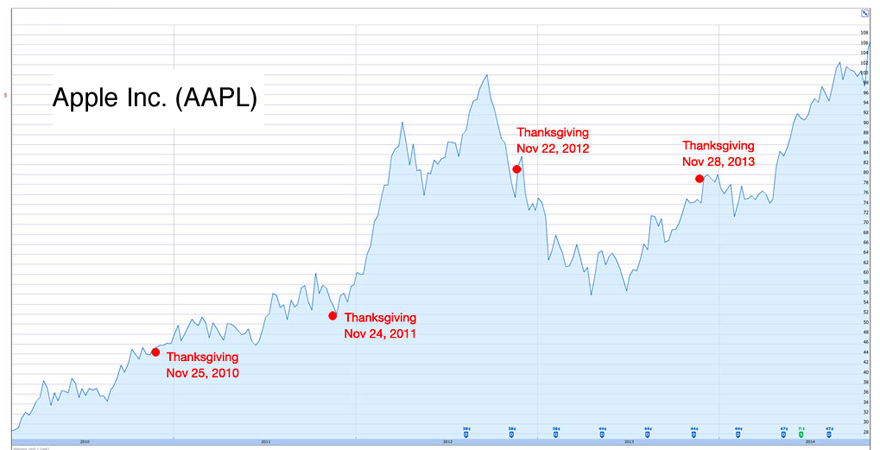 Folks who hang around the invitation-only AAPL Sanity board — many of them long-time investors who bought low years ago and never sold — tend to have well-tuned antennae for the kinds of market signals that drive Apple’s share price up or down.

“I had a notion that AAPL generally performed well over Thanksgiving,” a regular who calls himself djt posted Tuesday morning. “Maybe it’s because people are in a good mood? Anyway, to confirm my hypothesis here’s AAPL’s 5-year chart with the Thanksgivings marked.”

The attached chart does seem to confirm djt’s thesis, although as he points out the share price didn’t stay up for long in the year of the Great Apple Selloff.

“It’s a safe bet,” djt concludes, “that AAPL is going up this Thanksgiving too, for the same reasons it’s been going up since September. Not to mention, this November Wall Street sentiment has never been higher for AAPL.”

“Bet” is the operative word. This is the Street, after all. And past performance is no guarantee of future results.