Video: A drone’s eye view of Apple’s spaceship at the 1/3 point 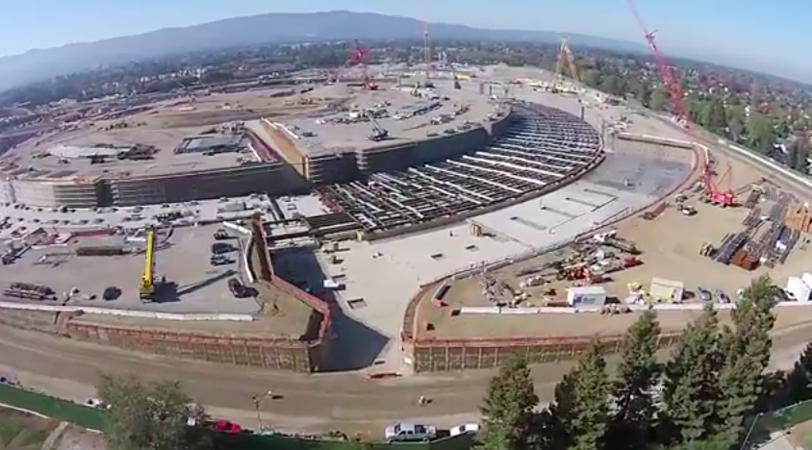 Aerial videos of the 176-acre construction site in Cupertino, Calif., where Apple is building its new headquarters, are getting slicker.

The one we posted in August was pure drone documentary — 8:31 minutes of uncut video that opened and closed with the operator’s sneakers in the frame.

This one, published Sunday on YouTube, is shorter and more polished: 1:27 minutes, with titles, transitions and a space-age soundtrack.

When Steve Jobs pitched the project to the local city council, he described the main building as looking “like a spaceship has landed.”

That may have been a clever bit of misdirection. He must have known that the finished HQ was going to bear an even more striking resemblance to “The Doughnut” — headquarters of the spy organization that is Britain’s version of the National Security Agency.

The video below was shot, like the last one, from a DJI Phantom 2 Vision Plus.