As oil prices drop, Wall Street takes one for the team 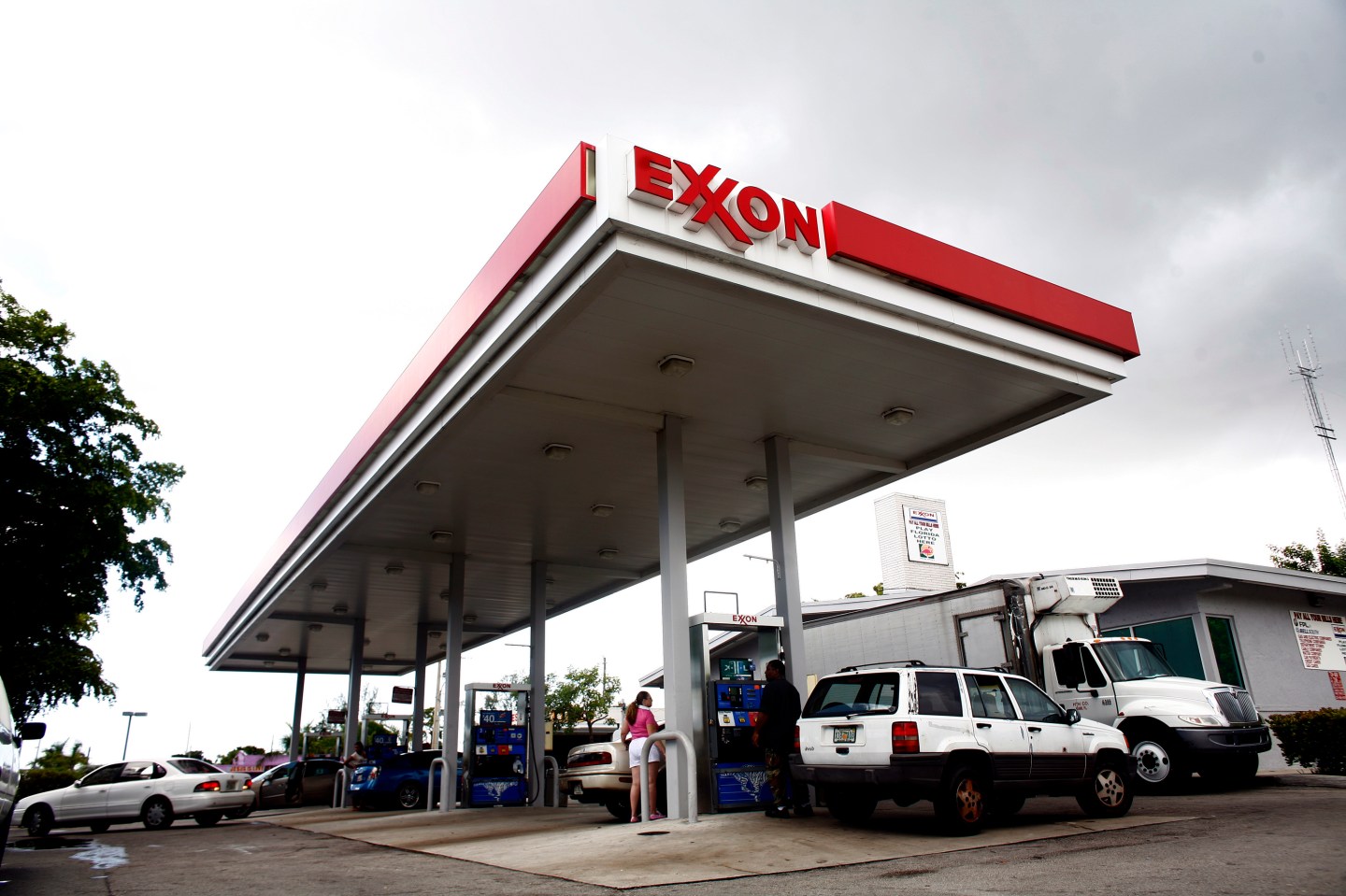 With the recent drop in commodity prices, especially for West Texas Intermediate crude oil, consumers are poised to win big-time while many in the financial markets are seeing a stream of losses. This is quite a reversal of the way things have generally been going between the two sides.

Even the most biased of observers would be forced to admit that the post-crisis period’s scoreboard for Wall Street versus Main Street is almost hyperbolically lopsided. Now, things may be evening out just a bit. The global drop in oil prices, while terrible for Wall Street upon first blush, has yielded a commensurate decrease in gasoline prices that may act as a massive tax cut for the very people who have, so far, reaped very few benefits from the economic recovery.

Our story begins in the massive shale formations across the American Midwest that have been fracked from the top down, side to side, and even diagonally in a massive production boom that kicked into high gear in 2012. While American oil production grew by some 850,000 barrels a day during that year, followed by an increase of 1 million barrels per day during 2013, it wasn’t until recently that prices began to reflect the increased activity. The increase in domestic production barely moved the supply needle during the first few years of the shale boom because it was merely offsetting the production shut-ins from war-ravaged Libya and Iraq. While production increased dramatically, prices remained stubbornly high.


As recently as this spring, Brent Crude prices had been pushing $115 a barrel owing to tensions along the Russian-Ukrainian border. Higher oil felt as though it was a sure bet if you were paying particular attention to that part of the world.

Beginning in June, however, all of this changed.

As supply and inventories ratcheted up in the United States this summer, Libyan and Iraqi production miraculously began to come back online. Concurrently, OPEC (which is basically Saudi Arabia) announced price cuts for certain regions they sell to and began privately telling their contacts around the world that they could stand to sell oil for much less than had been initially thought. The word got out that the Saudis were looking to break the fracking business model and take on the horde of U.S. producers who’ve helped North America supplant the Middle East as the world’s true oil power.

This fundamental shift in policy engendered a technical shift in prices and sentiment that, once it began, became a waterfall of losses for the oil markets. This hit Wall Street’s traders and investors particularly hard, as many pros had been caught on the wrong side of the trade.

The 10 largest public U.S. energy stocks lost $297 billion in market cap between June and October. To put this into perspective, we’re talking about the equivalent of the market caps of Disney, Ford, Starbucks, and General Mills being vaporized in just a few weeks. Exxon Mobil (XOM) lost $75 billion alone from the peak to the trough of the energy stock selloff.

This pain has been acute for Wall Street and it was the direct catalyst for the loss of hundreds of billions of dollars across many other areas of the market. While the S&P 500 overall has recovered in the last few weeks, many of the most hard-hit stocks and sectors have not and continue to be for sale on any bounce. As energy stocks make up just over 9% of the S&P 500 and were a major overweight for many professional managers, the damage done is indelible.

But the beauty of American capitalism is that there are offsets for this sort of thing. And it might be that the baton is being passed to a group that could not be more deserving of a little advantage at this stage in the game.

Every year, the average American family spends between $4,000 and $5,000 on energy. A drop in energy prices helps nearly everyone, but it helps those at the bottom of the income scale a great deal more—which is good news. Those families who have benefited the least from the big increase in stock prices over the last few years have the most to gain, proportionately, from the drop in oil and gas prices.

According to the Survey of Consumer Finances, 47% of American families have no savings whatsoever and live paycheck to paycheck. This is up by almost 10% from a decade earlier. Unfortunately, energy costs have eaten up a larger and larger portion of the household budget for this group. A recent report from Bank of America Merrill Lynch said that households with an annual income below $50,000 spent an average of 21% of their earnings on energy costs, from home heating oil to filling their gas tanks. For these households, the proportion of their income going to energy is three times as high as it is for households with an income above $50,000. The analysts calculate that energy costs now account for double the percentage of these families’ budgets than they did in 2001.

Nationally, gasoline prices have fallen below $3 per gallon for the first time since 2010. We haven’t been able to fill our tanks this inexpensively in more than 1,400 days.

With nearly half of all American families seeing one fifth of their spending go to oil, gas, and gasoline, a sustained drop in prices means an immediate and significant stimulus. While it may not be a big enough stimulus to make up for the overall condition in which these low-income earners find themselves, it will be welcome nonetheless. The fact that it’s coming directly out of Wall Street’s hide is, at minimum, a bit poetic.

It may be that, after a virtually uninterrupted streak of wins for the investor class, this sudden setback will actually accrue some gains to those who’ve been left behind. Wall Street can lick its energy market wounds while taking solace in the fact that at least someone is benefiting, someone who hasn’t had much to cheer about in a long time.