A way to help HR professionals predict the future 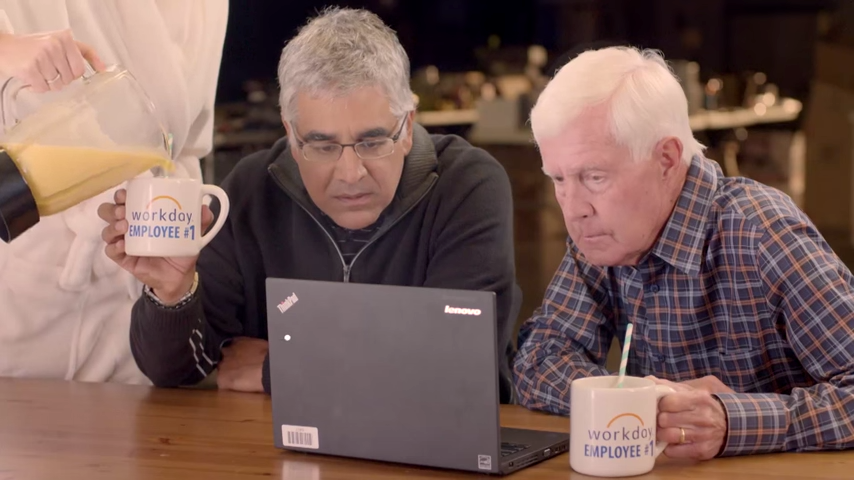 Another week, another technology conference in San Francisco.

This time around, it was cloud-based software provider Workday’s annual customer conference, which took place this week at San Francisco’s Moscone Center. The Pleasanton, Calif.-based company (WDAY) hasn’t been shy about its ambitions to branch out well beyond its roots in human resources tools. Workday has already gotten into the financial management software space and, earlier this week, announced a handful of new applications that utilize predictive analytics and big data, though most of these will still be used by HR professionals.

“The early wave of predictive analytics let us predict what might happen in the future,” Aneel Bhusri, co-founder and CEO of Workday, said in an interview with Fortune shortly after his keynote address at this week’s conference. “But now we can really recommend what people should do.”

How can predictive analytics be used when it comes to HR? Bhusri points to a scenario in which an HR manager would be notified when an employee is likely to leave their job. The new Workday apps cull data from both internal systems and outside sources like LinkedIn—an employee who is thinking of leaving is likely to update his or her profile page, which would then trigger a notification to the HR professional using the software, along with some recommendations for how to reduce the risk that the employee quits (offer leadership training, for example). This particular predictive app, one of six the company announced this week, is aptly called “Retention Risk.”

“The goal isn’t just to make transactions, it’s to make better decisions in the way you run your business,” Bhusri says. “If that’s not at the top of every executive’s priorities, then they shouldn’t be an executive.”

Workday’s not the only company trying to introduce predictive analytics into the world of HR software. Its traditional competitors like Oracle (ORCL) and SAP are also dabbling in the space and have each made large-scale acquisitions in HR tools, plus there is a growing number of startups entering the fray. In fact, Workday recently acquired one of those startups: Identified, the San Francisco-based company it snapped up earlier this year, is the backbone of its new “Insight Applications,” the suite of predictive analytics tools announced at this week’s conference.

Not all of the new applications are made for HR professionals, but Bhusri believes that is where the company will get the most traction, at least initially.

“It’s not surprising that a lot of the early use cases are around HR, because that’s where we have a bigger footprint,” Bhusri says.

Workday’s annual revenues are expected to reach $1 billion in its next fiscal year, but to keep growth on a stellar pace—and eventually turn a profit—the company will need to keep not only expanding its customer base but also its range of products. While predictive analytics capabilities are not necessarily a new standalone product, it’s a strong add-on to the company’s growing line of applications. Of course, it remains to be seen whether Workday can be as convincing in core financials and other enterprise applications that companies like SAP and Oracle were built on as they appear to be in HR software.

This item first appeared in the Nov. 7, 2014 edition of Data Sheet, Fortune’s daily newsletter on the business of technology. Sign up here.