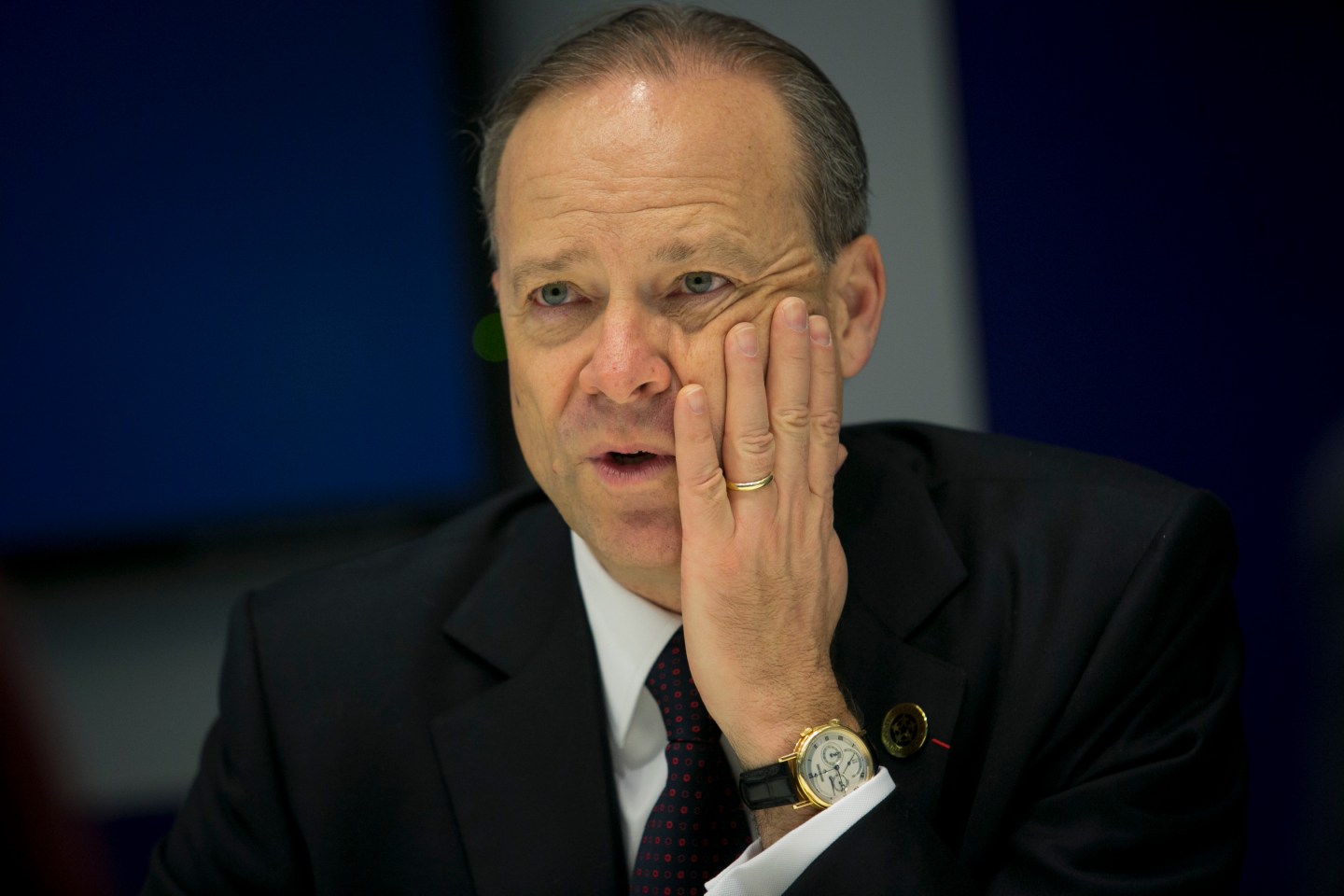 French pharmaceuticals group Sanofi SA (SNY) fired its chief executive Chris Viehbacher Tuesday, a day after a warning about sales of a key drug sent the company’s tumbling by 10%.

The news ends a six-year reign in which the German-Canadian Viehbacher had ruffled feathers with staff and board members by trying to internationalize a company that is one of France’s most prestigious national champions.

Chairman Serge Weinberg told reporters on a conference call that there had been a “lack of trust” in Viehbacher’s relationship with the board, according to the Wall Street Journal, adding that he would take over temporarily as CEO until a permanent replacement is found.

But that statement appeared at odds with the one put out by the board about its meeting on Monday, which it said was “mainly dedicated to the review of the quarterly results” and stated “there is no agenda item regarding the succession of Chris Viehbacher.”

Sanofi’s profit warning Tuesday, released alongside third-quarter earnings, appeared to have been the trigger for the decision. In it, the company had admitted it would pressure from competition would seriously hit sales next year of Lantus, its flagship diabetes drug that accounts for over a sixth of group sales at present.

But rumors about Viehbacher’s estrangement from the board had been circulating in particular since June, when the CEO relocated his family from France to Boston. Reuters cited a source close to the board as saying Wednesday that that wasn’t the reason for his sacking, though.

Reuters instead cited a source close to the board as blaming Viehbacher’s “authoritarian, solitary, secret” style.

Viehbacher’s relationships with investors had also been at times rough. Although Sanofi wasn’t alone in the pharma industry in having to radically reshuffle or renew its drug portfolio to offset the “cliff” effects on revenue when popular drugs lose patent protection, the company had done a relatively poor job in communicating a new focus and strategy to the market in the last couple of years, one industry executive said.

Ironically, yesterday’s shock came after Viehbacher and his management team had appeared to make good progress on that front, with a series of well-received investor days that reassured investors about the quality of its new drug pipeline. The company’s stock rose nearly 20% between mid-July and mid-September. However, it was back at a six-month low after Tuesday’s warning.

If the board thought their move would shore up the stock price, they were wrong. By lunchtime in Paris, it was down another 4.0%.