Is Apple the tail that wags the U.S. economy? 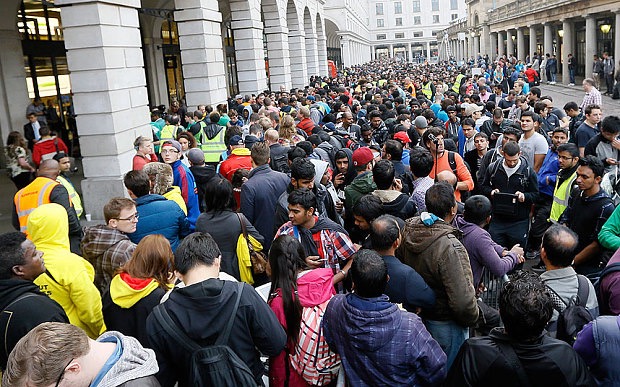 Sommer treats Apple as if it were a one-product company, and it’s hard to fault him. After all, the iPhone accounts for more than half of Apple’s revenue and, according to Bernstein’s Toni Sacconaghi, between 60% and 70% of its profits.

Sommer also takes pains to point out that the average selling price of the 39 million iPhones Apple sold last quarter was $603, and that the profit margin on those sales was nearly 50%.

By his accounting, the iPhone — by itself — is the tail that wags the U.S. economy.

For another point of view, consider CNBC’s Phone 6 won’t be a boost to GDP, published three weeks earlier.

Using a stat I’m not familiar with — the Bureau of Economic Activity’s report on telephone and fax equipment consumption — Paul Dales, an economist at Capital Economics, concludes that iPhone 6 sales, strong as they were, won’t have a meaningful impact on the U.S. economy. By his estimate, less than 0.01% of GDP.