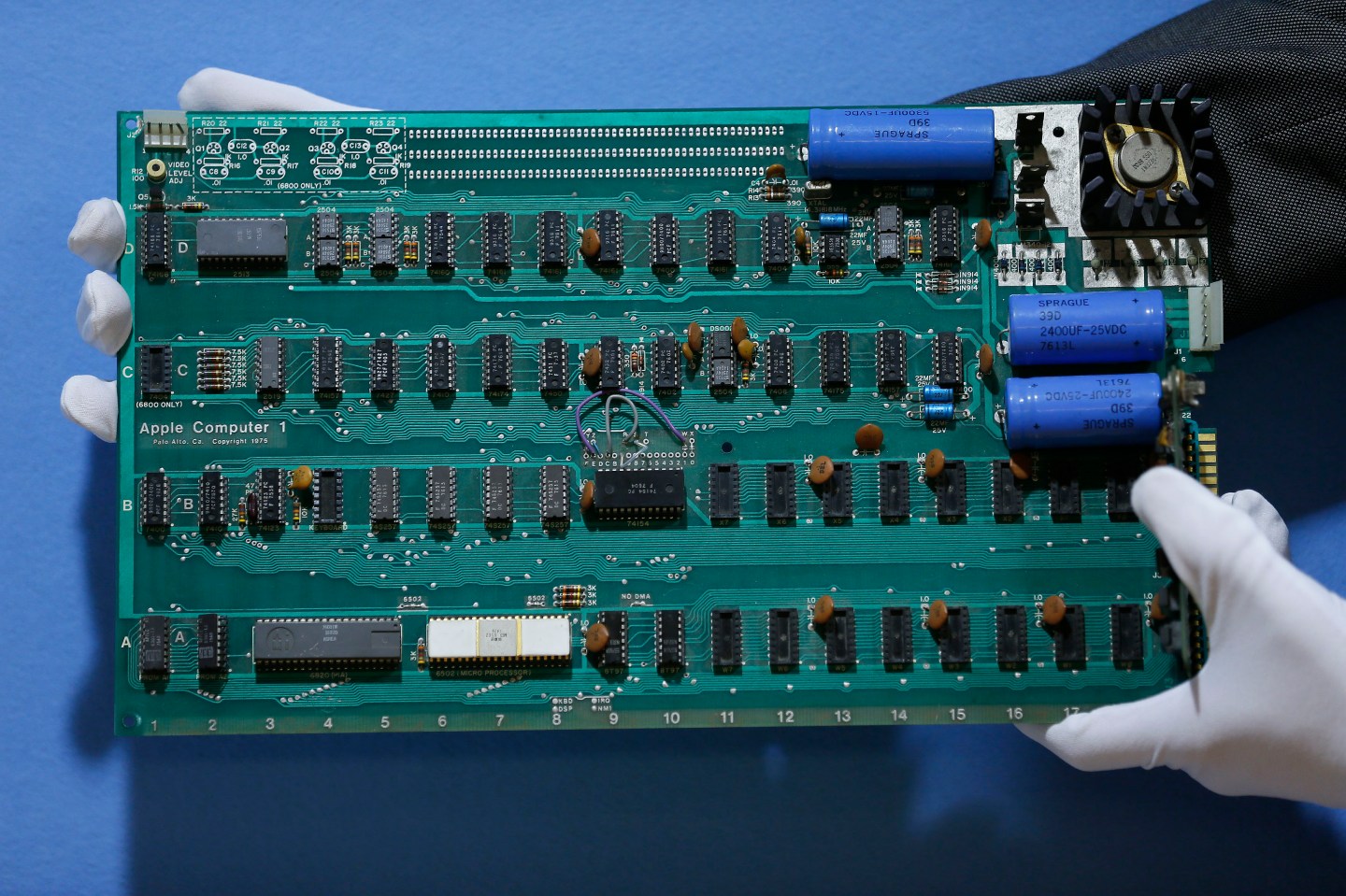 (Reuters) – One of the few remaining examples of Apple Inc’s first pre-assembled computer, Apple-1, sold for $905,000 at an auction in New York on Wednesday, far outstripping expectations.

The relic, which sparked a revolution in home computing, is thought to be one of the first batch of 50 Apple-1 machines assembled by Apple co-founder Steve Wozniak in Steve Job’s family garage in Los Altos, California in the summer of 1976.

The buyer was The Henry Ford organization, which plans to display the computer in its museum in Dearborn, Michigan.

“The Apple-1 was not only innovative, but it is a key artifact in the foundation of the digital revolution,” Henry Ford President Patricia Mooradian said in a statement.

There were few buyers for the first Apples until Paul Terrell, owner of electronics retailer Byte Shop, placed an order for 50 and sold them for $666.66 each.

After that initial success, Jobs and Wozniak produced another 150 and sold them to friends and other vendors.

Fewer than 50 original Apple-1s are believed to survive (AAPL).