Crazy, insane start-ups are this tech investor’s meat and potatoes 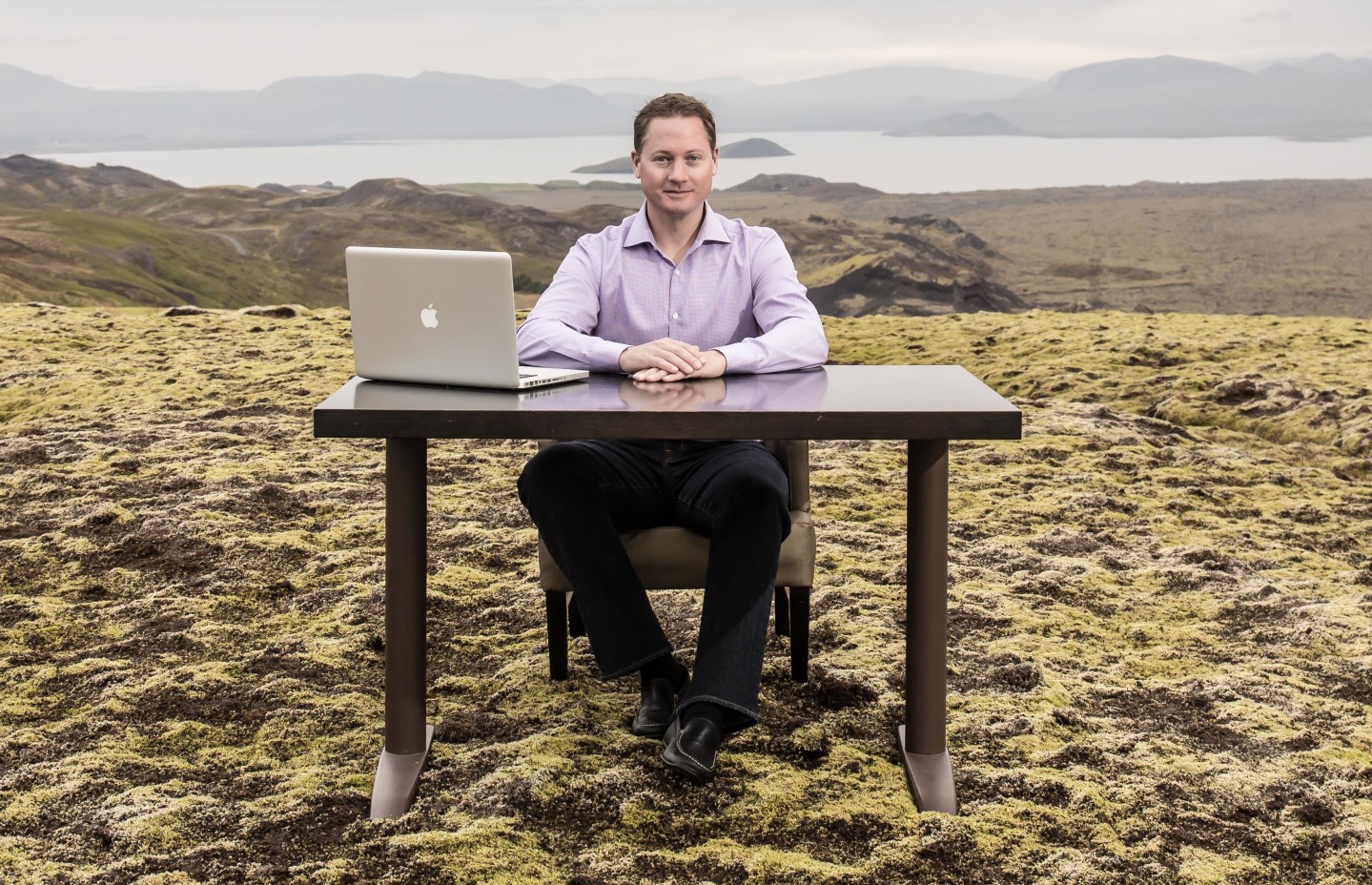 Bryan Johnson, a serial tech entrepreneur turned investor, isn’t interested in finding the next buzzy start-up like messaging app Snapchat. Sure, he hopes to make money. But unlike many venture capitalists, he doesn’t seek to underwrite frivolous companies whose biggest innovation is getting more people to click on ads. Johnson is instead attracted to ideas that seem insane and impossible.

“I want to get a company from ‘crazy’ to ‘viable,'” Johnson told Fortune. “With today’s technology, we can now create in days, weeks or months what previous generations couldn’t do in a lifetime. Where DaVinci could sketch, we can build. Yet, we don’t have sufficient resources and people pursuing these goals.”

On Monday, Johnson, who is best known as a founder of online payment processing company Braintree, announced that he has created a $100 million fund to invest in start-ups working on outlandish projects.

He has already invested $15 million in seven startups. Planetary Resources, one of those companies, wants to spark an interstellar gold rush by mining asteroids for precious metals. Another called Vicarious wants to build a computer system that learns like the human brain. Human Longevity aims to lengthen the human life span to 120 years. Meanwhile, Matternet is fine-tuning a new kind of $3,000 drone for emerging markets and third-world countries.

For every startup Johnson funds, he turns away many more — at least 95% of the ones he sees.

“I invest in entrepreneurs who understand generally where the world is going, the enormous power of their tools and the enormous stakes that we have,” he says.

In Matternet’s case, the Palo Alto startup certainly didn’t invent drones, but the company may be the first targeting the developing world. “You can’t get critical supplies to parts of Africa and Asia today — the roads are just too bad,” explains Johnson.

Matternet CEO Andreas Raptopoulous contends people who will benefit most from drones won’t be Amazon customers (sorry, Jeff Bezos), but those who need food, medicine and other basic necessities in hard-to-reach places like Bhutan, where Matternet has already experimented with a prototype capable of traveling 15 miles carrying 4.4 lbs. of cargo. A 7.5 mile drive from Bhutan’s capital of Thimpu to a remote spot takes a car between 1 and 4 hours depending on weather and road conditions, but a Matternet drone accomplished the same trip in 14 minutes.

Promising as ventures like Matternet are, Johnson recognizes he’s taking a serious risk as an investor. There’s little-to-no guarantee any of the startups he invests in will make it big. “It’s much harder to vet the likelihood of these companies than it is a web startup,” he admits. “You may have a 1 in 10 hit rate for someone building software for something. Here, you have a hit rate of 1 in 100 or 1 in 1,000.”

That Johnson is plowing ahead anyway isn’t surprising to those who know him well. By the time he was nine, Johnson showed a penchant for exploration, traipsing the woods in and around Springville, Utah, where he grew up.

“I think it’s the culmination of what he’s been working for his whole life,” says Candace Mouritsen, Johnson’s sister and an early employee at several of her brother’s startups.

Rather than chase after his own interstellar dreams, Johnson became an entrepreneur. Two startups, including an Internet voice business, went bust by 2003. Two or three years later, Johnson drummed up the idea for a credit card processing system aimed at high-tech merchants. The smartphone market was in its infancy, and the credit industry then was plagued with what Johnson calls “unscrupulous” competitors.

So he left his job working in a strategy group at Sears (SHLD) and started Braintree. Six years later, Braintree was processing $12 billion a year in payments from clients including Uber, Airbnb and OpenTable. The business was doing well enough such that suitors came knocking, and in the fall of 2013, PayPal acquired Braintree for $800 million.

Now Johnson plans to use $100 million of his own cash for OS Fund, a name he coined that refers to the technical term “operating system.” Kitschy as it may sound to some, he wants to invest in startups developing products and services that radically improve quality of life. So when Johnson refers to the OS Fund, he’s not talking about some computer operating system, but what he dubs the “operating system of life.”

If his investments seem unusual and far-flung, it’s with reason: Johnson avoids startups that are more bent on commercial success than addressing deeper societal challenges. And if Johnson comes across as downright eccentric because of his fund, so be it. He’ll also be in good company for now, joining a group of forward-thinkers behind Tesla (TSLA), the high-performance electric carmaker, and Google’s (GOOG) research lab Google X, known for working on sci-fi projects like self-driving cars and glucose-tracking contact lenses.

“I think the winds will shift,” Johnson says. “There will be a shift in the kinds of things people aspire to do. Funding and supporting hard problems will become cool in a company in a couple of years.”