Why the backlash against egg freezing perks is ridiculous 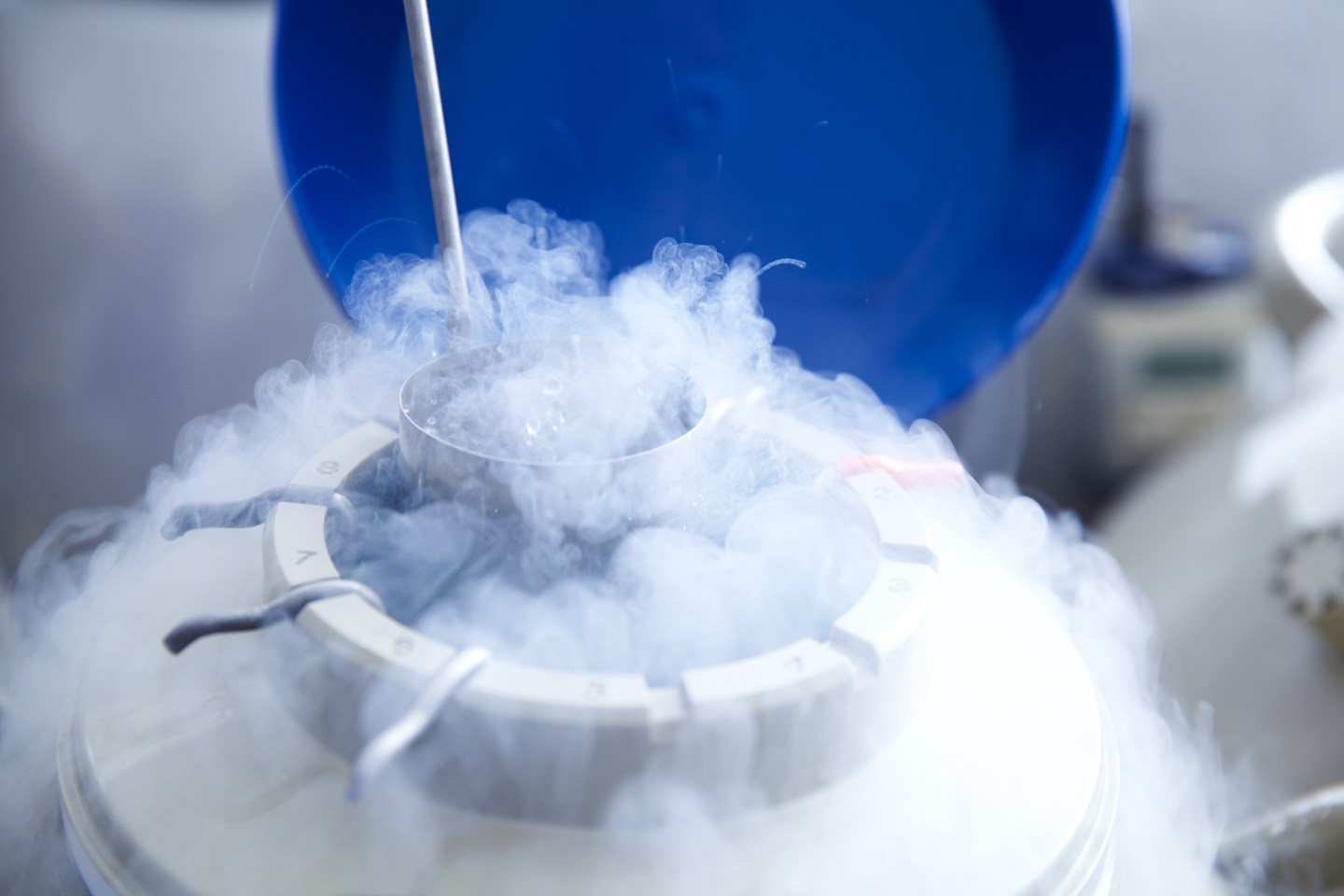 Facebook (FB) and Apple (APPL) last week broke new ground in the healthcare-benefits realm—and stepped perhaps unknowingly into the hypercharged women-and-work debate—when they said that they would begin covering the cost of egg freezing for women who choose to undergo the procedure.

This sparked outrage: It was, a stream of critics said, a not-so-subtle message to young women at these companies that they should postpone having children. It was a self-serving move to encourage women to take their eye off the biological clock so that they could double down and work harder throughout their 30s. It was paternalistic, sexist, and a trick to keep women childless and living at the office, all wrapped in the cloak of concern over women’s fertility issues.

This is, in two words, totally ridiculous. For one thing, covering egg freezing—or cryo-vitrification, as it’s known—no more “pushes” employees one way or another than covering childcare or IVF treatments encourages them to have children. Or any more than offering coverage for gender reassignment surgery encourages employees to switch sexes.

To take this logic one step further, doesn’t the simple act of providing basic healthcare coverage at all force employees to work longer and harder simply by keeping them healthy and robust? How manipulative! Some perks do incentivize behavior, of course—a free or subsidized gym membership, for instance. But give women a little credit to think for themselves and make their own family planning decisions.

I am of the opposite belief—that Facebook and Apple’s new perk reflects evolved thinking and an understanding of the realistic health costs their employees are likely to face. I don’t say this as a casual observer. I say it as someone who spent a lot of my own money freezing my eggs a few years ago.

One of the reasons for the backlash is that in all the hubbub of the news, a big assumption has taken shape and snowballed to power the criticism that’s simply wrong. By and large, the main reason women freeze their eggs is not to keep their head down at the office, climb the corporate ladder and have children later. More often than not, it’s because they haven’t found the right partner yet and want to buy themselves a little more time.

I don’t doubt that career is the reason for some people. But I’ve researched the topic, I’ve written about it and I’ve interviewed lots of other women about it, and I’ve never met anyone who did it for that reason. The far more common reason, in my experience, is that many of the women who elect to do it are single, staring down 40, and they’re not quite ready to go down the path of having a child on their own. (Another less common reason: women who face medical treatments for cancer or other illnesses that may jeopardize their fertility.) If you doubt this, come spend a few weeks in New York City. I have 25 or 30 women in their late-late 30s to introduce you to.

I froze my eggs three years ago for this reason. Not so that I could focus on my career now, kids later.

As to the issue of insurance coverage? Well, it was indeed complicated. My company had a generous policy when it came to in vitro fertilization, covering up to three attempts for women who were trying to have children. But egg freezing was still considered experimental, and it wasn’t technically covered.

But the whole process was so new that there was a Wild West aspect to the billing process. Cryo-vitrification often confused my insurance company, probably because it was both so new and also because it looked so similar to IVF (and it is similar to IVF: the first half of the process is exactly the same: the same drug injections, the same blood tests, the same “harvesting” procedure; it just ends there, instead of continuing on to the getting-pregnant part).

All told I probably spent $20,000 on the process. It was more money than I’d ever spent on anything, and I didn’t exactly have it to spare. But I also didn’t bat an eye at the cost. These people were going to extend my biological clock so that I could still one day have children the way I’d hoped to. I would have paid almost anything.

I was lucky that I was able to do it anyway. Many women are not. Facebook and Apple, which are known for their lush benefits—gourmet cafeterias, fancy shuttle buses, on-site haircuts, travel concierges—are giving women another tool in the complex, often fraught decision of when to have children, with whom and whether to do it alone or not. It shouldn’t surprise anyone that these companies are adding this coverage at a time when they’re also trying to increase their ranks of women.

I actually believe that the best time for women to freeze their eggs is in their 20s, well before the truly big career leaps happen, well before the truly serious relationships (usually) happen and when the eggs are healthier and far more abundant. When the options in front of them seem limitless in all categories of life, and when the decision to have children is still far away, the procedure is likely to feel more like a just-in-case backup plan never to be called upon than a fraught decision forced much later on by a ticking clock.

But at whatever stage a woman chooses to do it, it’s my hope that as egg-freezing becomes more established it will lose its unfortunate position as a lightning-rod topic and become simply one in a long menu of medical costs that’s covered by evolved employers. It’s a perk that’s infinitely more valuable, liberating and life-changing than lots of the others these campuses offer. Even a free haircut.