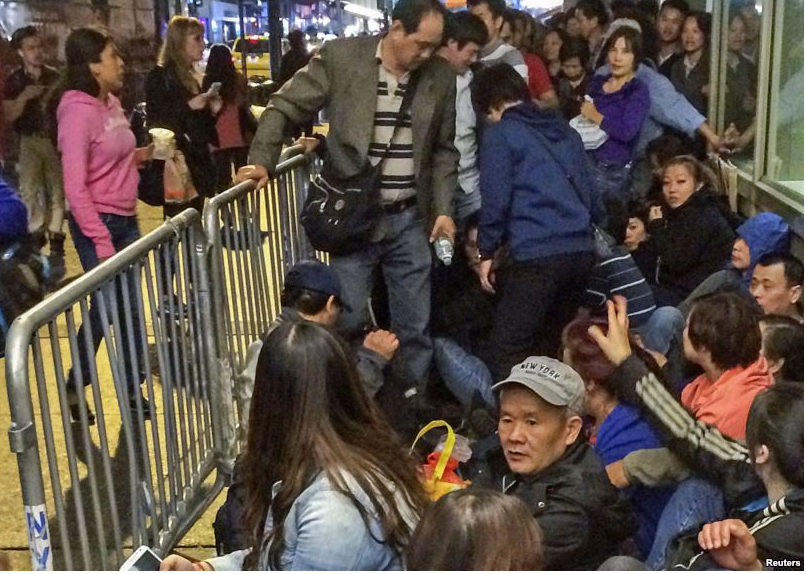 A reporter who has been tracking iPhone 6 and 6 Plus reservations in China for the past week estimated on Tencent QQ Monday that more than 20 million units were pre-ordered last weekend. His report is being picked up by DigiTimes and other Asian tech sites.

If the 20-million figure is accurate — a big if — it would mean that five times as many iPhone 6s were pre-ordered in three days in one country as were the first weekend in 10 countries, including the U.S., U.K. and Hong Kong.

Apple reported last month that took more than 4 million pre-orders in one day and sold more than 10 million units the the first weekend.

It’s not easy to get comparable numbers in China, where customers register their orders not just with Apple and the three major Chinese carriers, but also with thousands of authorized Apple resellers.

The Tencent estimate seems to be based largely on the same JingDong reservation counter we’ve been tracking. As of 8:00 p.m. Monday, Beijing time, JingDong‘s total stood at more than 9.5 million, split nearly evenly between the two models:

The long lines of ethnic Chinese buyers camped out in front of Apple retail outlets last month suggested that the large-screen iPhones would be a big hit in China. What we don’t know is exactly how big.

Sales on the mainland are scheduled to begin Friday, Oct. 17. On Apple’s Chinese online store, most models are already sold out.

UPDATE: Apple issued a press release Monday with details of the iPhone 6 rollout, which it describes as the fastest ever. By the end of the month, the devices are scheduled to be on sale in 36 more countries and territories, bringing the total to 96.