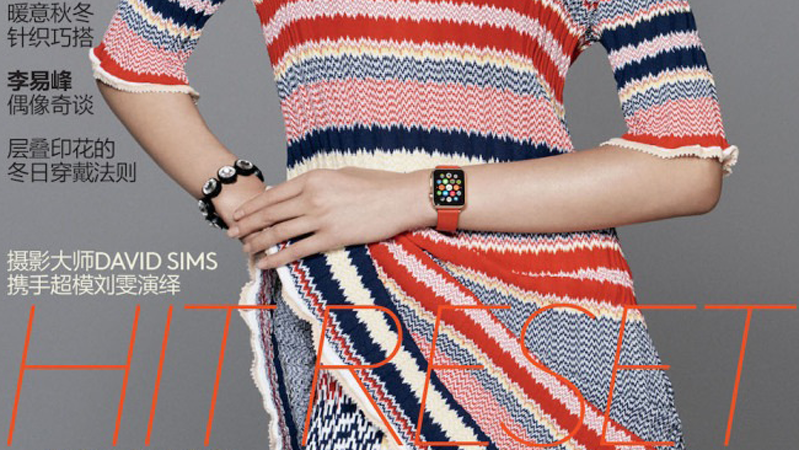 But there it is, the Apple Watch, accessorizing the wrist of fashion supermodel Liu Wen on the cover of Vogue China‘s November issue, scheduled to hit the stands Monday.

The Business of Fashion has the story, and an interview with editor-in-chief Angelica Cheung:

“When Jonathan Ive and Tim Cook talked me through how they developed the concept of the Apple Watch from the beginning, I was impressed by their thoughts and passion for the project,” Cheung told BoF. “Then I saw the watches and thought they looked rather good; some are sporty and others are very classic and elegant. At the same time, they all have so many functions that would be useful in our daily life. I just thought that they combined technology, style and functionality and were very modern and, therefore, perfect accessories for the modern-day woman which is what the Vogue China woman is about.”

Apple products used to make their editorial debuts on the cover of U.S. magazines, like Time and Newsweek. Vogue is a global fashion powerhouse, and China is the world’s largest market for mobile devices.

Thanks to The Loop’s Jim Dalrymple for the tip.