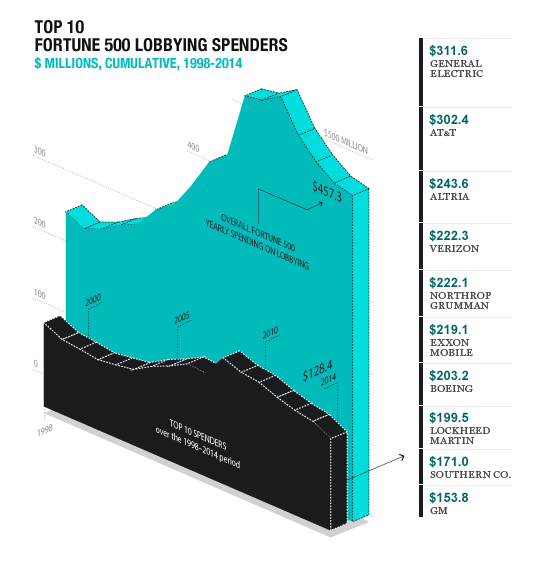 Voters aren’t alone in noticing that Washington hasn’t been able to accomplish much lately. Since the burst of legislative activity in President Obama’s first two years, gridlock has ruled, and the top corporate spenders are ratcheting back their efforts to influence federal lawmaking accordingly. With Obama set to square off against strengthened congressional Republicans after the midterms, even leaner days loom on K Street. (click graph to enlarge)

Methodology: Of the 100 companies that spent the most on lobbying activities from 1998 through the first half of this year, there were 60 from the Fortune 500. They make up the overall group displayed. For 2014, we assumed companies will continue to spend at the same rate as they did in the first six months.Source: Center For Responsive Politics (OpenSecrets.org) / Chart By: Nicholas Rapp