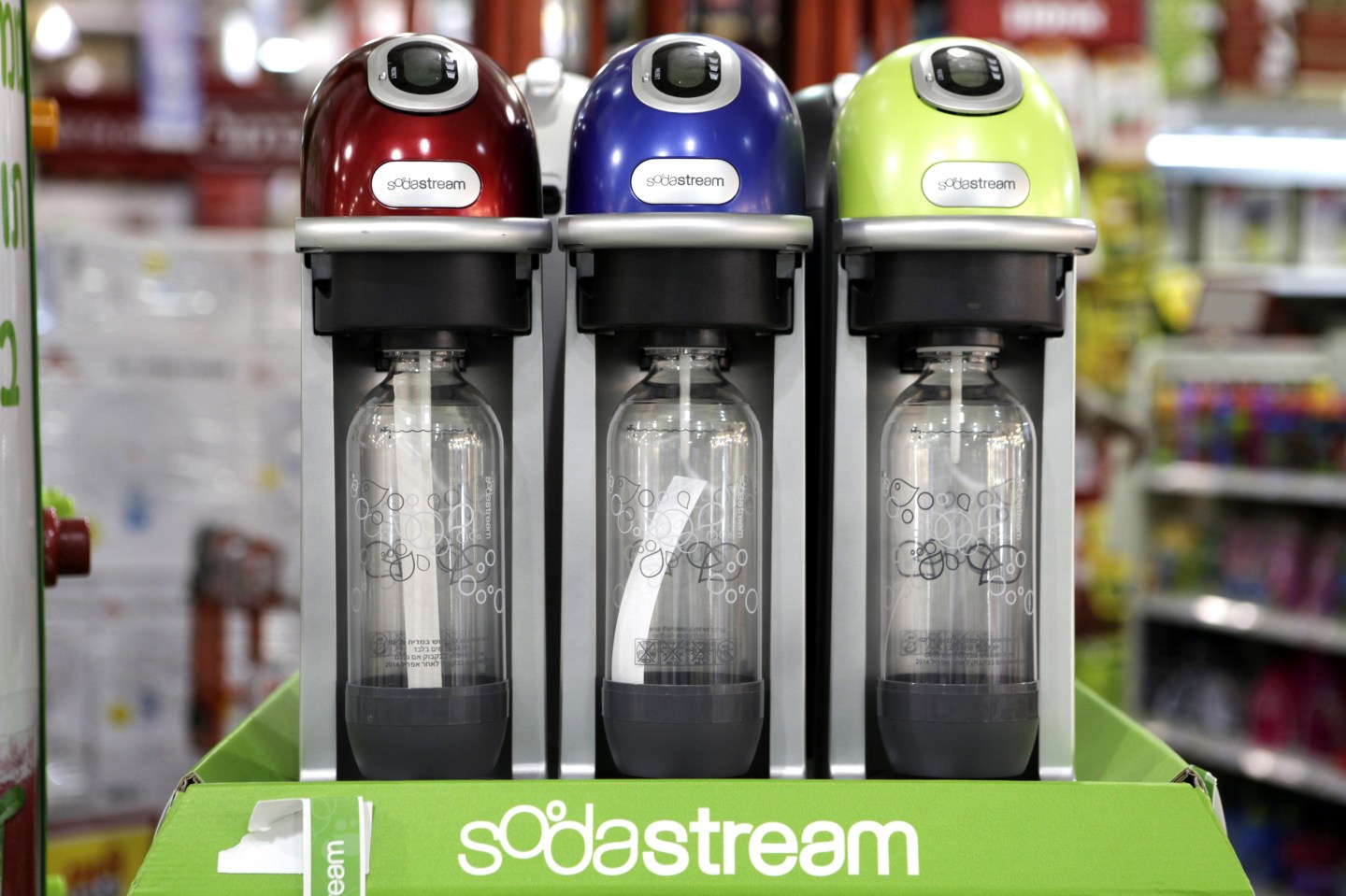 Is the at-home soda making trend about to go pop?

The latest sales warning from SodaStream appears to indicate the market is facing some challenges.

The at-home soda maker warned investors Tuesday it hasn’t had much success attracting new customers to buy its beverage carbonation systems, raising further questions about if that trend is fizzling out in the U.S.

The company warned it expects third-quarter revenue of about $125 million, a roughly 14% drop from last year’s level and far below the $154.4 million projected by analysts surveyed by Bloomberg. Chief Executive Daniel Birnbaum said while the company had successfully built a solid base of “repeat users” in the U.S., it hasn’t won over enough new converts.

That problem has been evident for a while. SodaStream (SODA), which has reported sharply higher annual sales for years as more and more consumers turn to at-home soda making, appears to have hit a wall in the U.S. Soda maker sales in that region slumped 69% in the first quarter and were down 55% in the second quarter of 2014 from last year’s levels. SodaStream in the second quarter had warned the region was problematic, hurt by retailers carrying too much inventory, though the company has said its customers that already own the machines remain active.

Birnbaum said the company would move to shift SodaStream marketing toward promoting health and wellness, primarily in the U.S., where it believes that message would resonate more with consumers.

The downward sales at SodaStream likely reflect changing attitudes among Americans when it comes to soda. Sales of carbonated soft drinks have been falling for years, with the rate of decline worsening of late as consumers turn to juices, flavored waters and other beverage options they deem healthier and generally with fewer calories.

SodaStream is also about to face some steep competitive pressures. Keurig Green Mountain (GMCR) and Coca-Cola (KO) have joined forces to develop soft drinks and other cold beverages for a new at-home system, due to hit shelves this fall. But as SodaStream’s results indicate, efforts to give consumers an opportunity to make their own soda at home might not give the industry the pop it needs.