Video: Stephen Colbert led his show with Apple’s iPhone 6 Plus 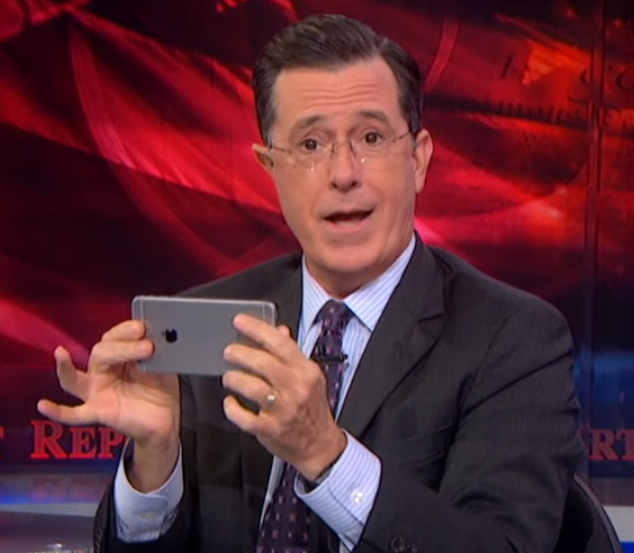 Stephen Colbert didn’t have to wait in line to get an iPhone 6. He didn’t even have to wait until Friday’s release date.

The Comedy Central comedian — slated to take over David Letterman’s show on CBS in January — led Thursday’s broadcast with a bit about the iPhone 6 Plus and an app called Checky that tracks how often you consult your phone.

It’s no secret that we are slaves to our electronic devices,” he says to nervous laughter. “Every day we bury our heads in these phones desperate to download every terabit of information in the world. And the only price we pay is missing the world around us.

“That’s pretty deep,” he adds, to take some of the sting off the joke. “I should tweet that.”