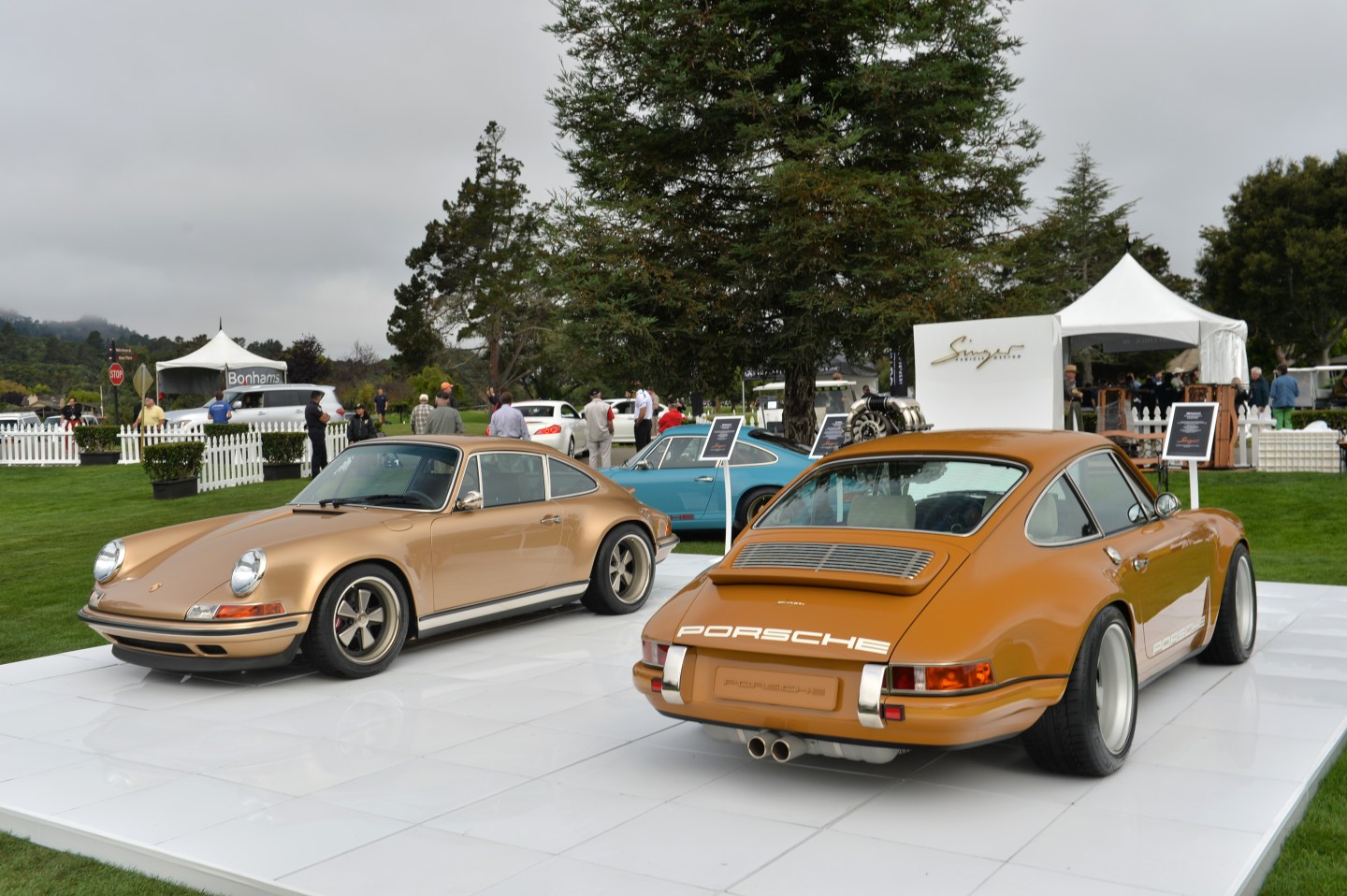 For the past 12 years on the third Friday of August, The Peninsula Hotel Group and motorcar-event impresario Gordon McCall host what has become not only the hottest ticket during the Pebble Beach Concours week, but also the ne plus ultra of luxury marketing events: The Quail, A Motorsports Gathering.

For eight hours, the grounds of the Quail Lodge & Golf Club in Carmel Valley, Calif., look like a movie set for the filming of a latter-day Great Gatsby—Kentucky Derby hats, endless diamonds and enough Italian loafers to fill a Milanese shoe emporium. It’s a daylong paean to fabulous cars, food, drink, jewelry, yachts and helicopters (to name a few categories represented this year). In other words, it’s a celebration of over-the-top purchasing power, a place for the haves to congregate guilt-free—and shop.

Such an audience is catnip to marketers. “The Quail is an ultra-demographic event,” said Summer Osterman of Burgess Yachts, a new entry-level bronze sponsor to the event this year and a partner with Rolls-Royce. “Many of our clients plan their charters around the Quail—no one wants to miss it, so we know that we are in the right place to engage our own and new clients.”

This year, tickets were $550 apiece—if you were lucky enough to “win” the right to buy one in the February lottery, which sold out of the 4,000 available in 90 minutes. Another 1,000 were distributed among the 30 sponsors, who use the event to wine and dine their best customers. “I was always put off by the wristband, tiered system,” Gordon McCall told Fortune. “At the Quail, everyone is an invited guest and on the same level. The prix fixe system helps the event flow.”

Because of the high concentration of qualified buyers attending, the Quail rarely loses a sponsor and more often sees sponsors upping their spend, as Rolex did this year. “The demographics of the people here? They buy,” said Robert Cheng, CMO for the Peninsula Hotel Group. “And our sponsors get the benefit of being in the Quail magazine, which we put into our hotel rooms worldwide.”

James Pillar, Bentley’s head of marketing, believes the Quail holds the same importance as top-tier international motor shows like Geneva and Frankfurt. “It’s so natural for Bentley to be here,” said Pillar. “It fuels the quality of the Bentley network. Our customers come as strangers and leave as friends—that connectivity is a hidden benefit.”

A great example of how well the event works: In 2009 Porsche chose to launch the then-new Panamera sedan at the event. The company also offered test drives over the course of the weekend. “They sold 236 Panameras off the event—staggering!” recalled McCall.

“It’s one of the most important events for us,” said Alessandro Farmeschi, COO of Automobili Lamborghini America. “Not only that—we have seen interest growing internationally. It’s a place where we have the highest concentration of clients, prospects and media.”

Singer Vehicle Designs, which reimagines vintage Porsche 911s (see “Where Old Cars Are Made New,”), was on display for the second time this year. Founder Rob Dickinson, an ex-rocker (hence the company’s name), markets only at the Quail. “I wouldn’t go anywhere else on the planet—it’s the most targeted audience you can find. No motor show can compare to this—access to brilliant cars with a glass of Champagne in your hand. What could be better?”

Not all brands are to the (Quail) manor born, however. Marques like Lincoln and Infiniti—which recently lost its leader, Johan de Nysschen, to Cadillac—are there to associate themselves with the Bentleys and McLarens. “We have to be unapologetically here and earning that right,” said Michael Bartsch, vice president of Infiniti Americas. “We are an emerging brand, and this event is critical for reaching people who are very private and don’t want to be reached.”

The real danger to a revenue-rich gathering like the Quail is allowing its success to force growth—the antithesis of exclusivity. “We intend to grow responsibly,” said Cheng. “That includes bringing in other brands and other sectors such as fashion.” (Last year, as a test, Oscar de la Renta designed a limited-edition, boxed Panama hat for the event, which was available for purchase.)

The Quail serves one other important function: It is the antithesis of the Pebble Beach Concours d’Elegance, which happens each year two days later. The Quail is strictly an anti-judged concours (“we don’t want starch out there on our field,” said McCall). Instead it is about entertainment and downright fun. This year, McCall brought Sir Jackie Stewart, Pink Floyd’s Nick Mason and Neal Schon of Santana and Journey to the stage for spirited “fireside” chats as deep car guys.

How far can it extend? Those of us who attend would vote to cap it now and see the organizers instead replicate the event elsewhere. Cheng wants to do both. “We want to deepen our relationship with cars,” said Cheng. “Our hotel in Shanghai, for instance, which is next to the former British Consulate with its incredible gardens, is a unique destination.”