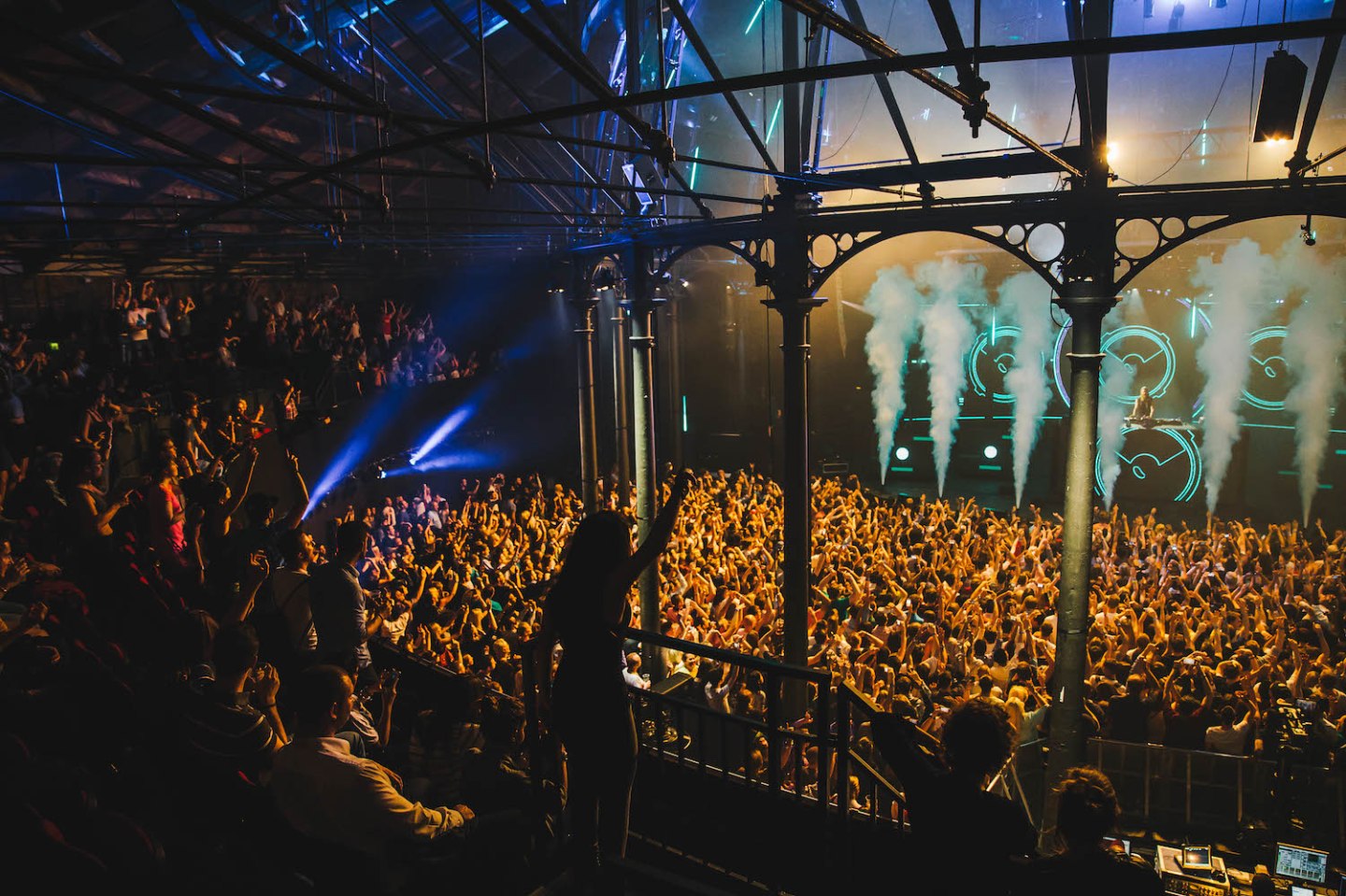 [“Music runs deep in Apple’s DNA,” said Tim Cook toward the end of Tuesday’s iPhone event. Before he brought U2 to the stage, he worked in a pitch for this year’s iTunes Festival, already underway at London’s Roundhouse. Music also runs deep in the DNA of The Loop‘s Jim Dalrymple, a veteran Apple journalist with very good sources. Before he left for London, he filed this preview. — Philip Elmer-DeWitt]

If you were one of the lucky people to attend the first Apple iTunes Festival in 2007, you could have heard Paul McCartney and Amy Winehouse in a theater that held 250.

Now in its eighth year, the Festival has grown in scale — 30 nights, 2,000-seat venue — but retains its original value proposition: Acts that are first rate, tickets that are free. Starting in 2010, the Festival added live streaming. Now anyone with an iOS device, Apple TV or computer can watch the concerts live or on-demand.

If you’ve ever checked out one of the shows, you can see how much work goes into the concerts. The lights, sound and stage are among the best I’ve seen anywhere. It’s a typical Apple event, expertly done from start to finish.

“We use the best technology to broadcast the shows to more than 100 countries worldwide,” Oliver Schusser, senior director, iTunes International, told me. “We put a huge amount of energy into making sure it looks perfect on your device by using the right cameras and lighting and backdrops. We want to make it a great experience for our customers.”

I’ve seen some of the best performances of my life at iTunes Festival. The artists are relaxed, the fans are enthusiastic, and the stage and sound are second to none. It’s hard to imagine a better way to enjoy a concert.

What impresses me most is the diversity of the bands. It’s not all one genre of music — 30 nights of today’s pop charts, say — but rather an eclectic mix of new and old, pop, rock and even metal. You could see Tony Bennett one night and Ozzy Osbourne the next. It’s this variety that makes the iTunes Festival unique.

“When you go to iTunes and look at the main page it’s not just rock or pop. Our store carries all content and we want the Festival to represent this, so diversity is really important to us,” said Schusser.

The musicians know the importance of the festival too. Several artists have launched new albums at an iTunes Festival.

For instance, Justin Timberlake’s album The 20/20 Experience — 2 of 2 was released minutes after his festival performance. In 24 hours it had reached the top of the iTunes album chart in 43 countries.

Katy Perry performed songs from her unreleased album Prism including a brand new song “By The Grace of God.” Her new single went to No. 1 in the U.S. during the performance.

Mumford & Sons celebrated the launch of their new album ‘Babel’ at the iTunes Festival. Lead singer Marcus Mumford said during the performance, “This is our album launch party, thanks for sharing it with us!”

iTunes Festival has become a place where fans can share an intimate night with their favorite musicians, and the bands can give something back to them. When you’re in the audience, it may seem like the bands are playing for a small crowd, but they are in fact playing live for millions of people watching on their Apple devices.

A few facts about iTunes Festival:

iTunes Festival London 2014 began Sept. 1 and runs all month. Follow the banners at Apple.com for live streams, videos of past performances and a schedule of performances to come.