The war on ISIS already has a winner: The defense industry 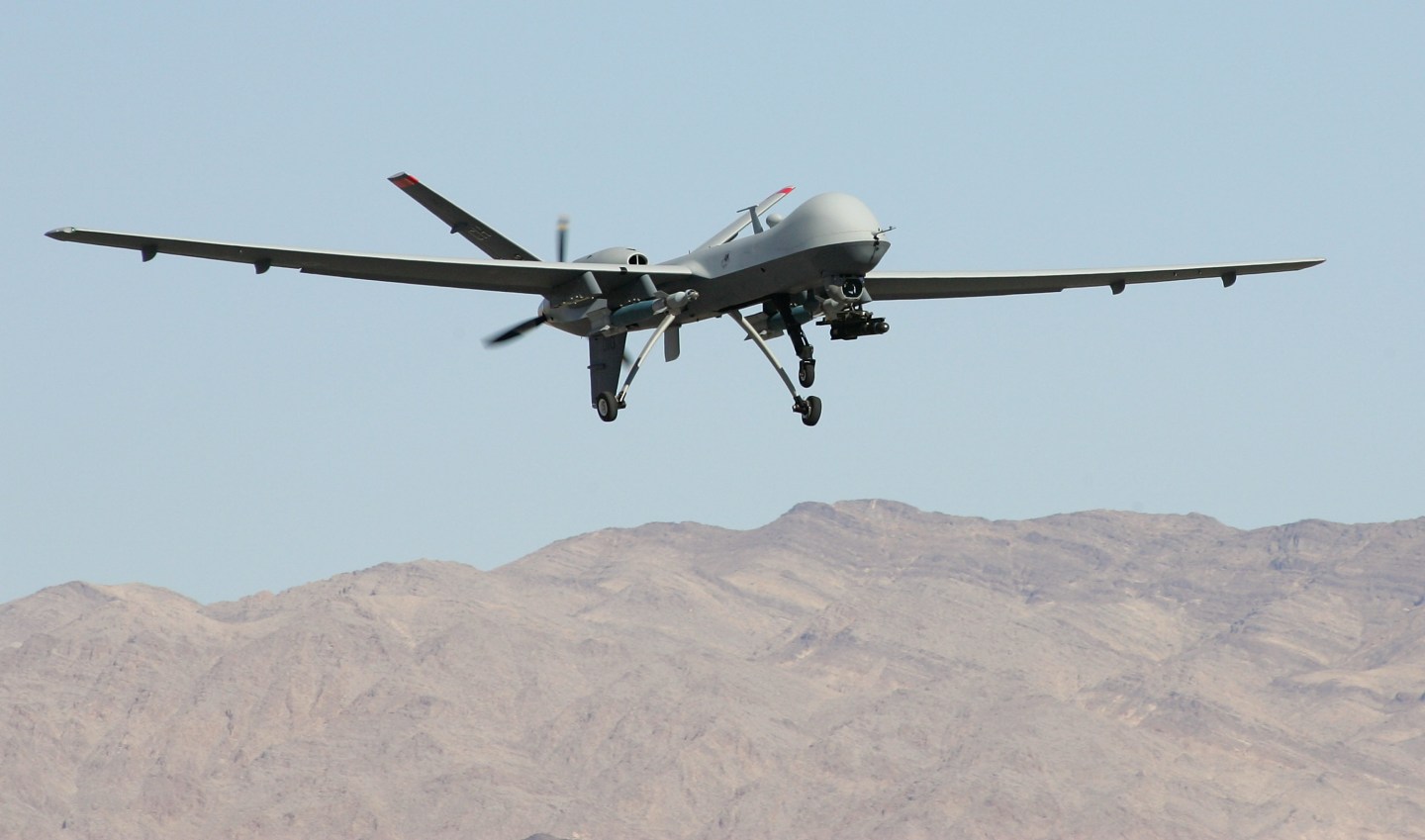 It’s far too soon to tell how the American escalation in the sprawling, complex mess unfolding in Iraq and Syria will play out. But this much is clear: As our military machine hums into a higher gear, it will produce some winners in the defense industry.

New fights mean new stuff, after all. And following the U.S. withdrawal from Iraq and Afghanistan—and the belt-tightening at the Pentagon imposed by steep budget cuts—military suppliers are lining up to meet a suddenly restored need for their wares. Presenting his vision for expanding the confrontation with the terrorist group ISIS in a speech to the nation on Wednesday night, President Obama outlined a program of intensified airstrikes designed to keep American troops away from the danger on the ground. So defense analysts are pointing to a pair of sure-bet paydays from the new campaign: for those making and maintaining the aircraft, manned and unmanned, that will swarm the skies over the region, and for those producing the missiles and munitions that will arm them.

“The drone builders are going to have a field day,” says Dov Zakheim, who served as Pentagon Comptroller during the George W. Bush administration. That could mean a tidy profit for privately held General Atomics, maker of the Predator drone, the granddaddy in the category and still widely in use, as well as the second-generation Reaper, designed to carry 3,000 pounds worth of bombs. And to help survey vast expanses of desert, the military will rely on the Global Hawk, made by Northrop Grumman (NOC) to hover at altitudes as high as 50,000 feet for up to four days at a time. Those vehicles will likely be making use of the Gorgon Stare. This sensor, developed by privately held Sierra Nevada, is capable of scoping a 4-kilometer diameter by filming with nine cameras.

Indeed, the widening conflict could even reverse the trend of tapering investments in the technology, says Mark Gunzinger, a retired Air Force colonel and former deputy assistant secretary of defense now at the Center for Strategic and Budgetary Assessments. “One of the things that can help a new capability break through is an operational stressor, like a major air campaign,” he says.

Smaller players in the space will also get in on the action: Zakheim called out AeroVironment (AVAV), which manufactures unmanned aerial vehicles small enough to be launched by hand—including the Nano Hummingbird, made to look like its namesake and similarly diminutive, weighing less than a couple of double A batteries. And Jason Gursky, an analyst who covers the industry for Citigroup, identified DigitalGlobe (DGI), a satellite company whose biggest business is selling non-classified digital imagery to federal agencies. The military will use that range of surveillance capability to pinpoint targets as it broadens its mission.

It is the munitions makers, however, who stand to reap the biggest windfall, especially in the short term. Topping that list is Lockheed Martin (LMT), producer of the Hellfire missile, a precision weapon that can be launched from multiple platforms, including Predator drones. Raytheon (RTN), which makes the Tomahawk, a long-range missile launched from the sea, and General Dynamics (GD), which also has a munitions business, are also well-positioned, analysts say.

“The most obvious cases are what I would call the boots, beans, and bullets trade,” says Ronald Epstein, a Bank of America analyst, pointing to “the guys with shorter backlogs.” That is, shipbuilders can’t expect much work from this conflict, but those supplying the ordnance American forces are already churning through should see new orders. Gunzinger notes that “small diameter bombs could be a huge winner, since aircraft can carry more of them in a single sortie—and they have very accurate seekers, so they can strike targets with less potential for collateral damage.” Tally up another advantage for Raytheon’s product line, among others.

American military operations targeting ISIS have cost some $600 million since mid-June, with the U.S. now spending more than $7.5 million a day on the conflict by the Pentagon’s own accounting. Zakheim estimates that this figure could conceivably double as the operations intensify and the theater widens to Syria, with a significant chunk of the expenditures going to munitions.

The total price tag for the open-ended conflict, expected to be measured in years rather than months, is anybody’s guess. In the immediate term, however, the White House is pressing Congress to approve $500 million to fund the training and equipping of pro-Western rebel groups in Syria. That alone could mean extra work for a wide array of prime defense contractors, according to Gursky. In the longer run, one defense appropriations lobbyist predicts—a hopeful note in his voice: “we’re going to have to bust through the budget caps” imposed on the military by the sequester cuts. “We can’t fight this on the cheap,” he says.

That should mean widely shared benefits for an industry that operates on a “co-opetition” model, in which most big systems include components from several manufacturers—amidst a demand furnished by a rising tide of unrest around the world.

“Let’s paint a picture of the world right now,” Epstein says. “You’ve got the Europeans worried about what the Russians are doing in their backyard; we’ve got our hands full right now in Iraq; you’ve got the Israelis with their hands full in their region; and then you have the Chinese and Japanese in the South China Sea. As an investor, with this much regional conflict in the world, at least from a sentiment point of view, that can’t be bad.”