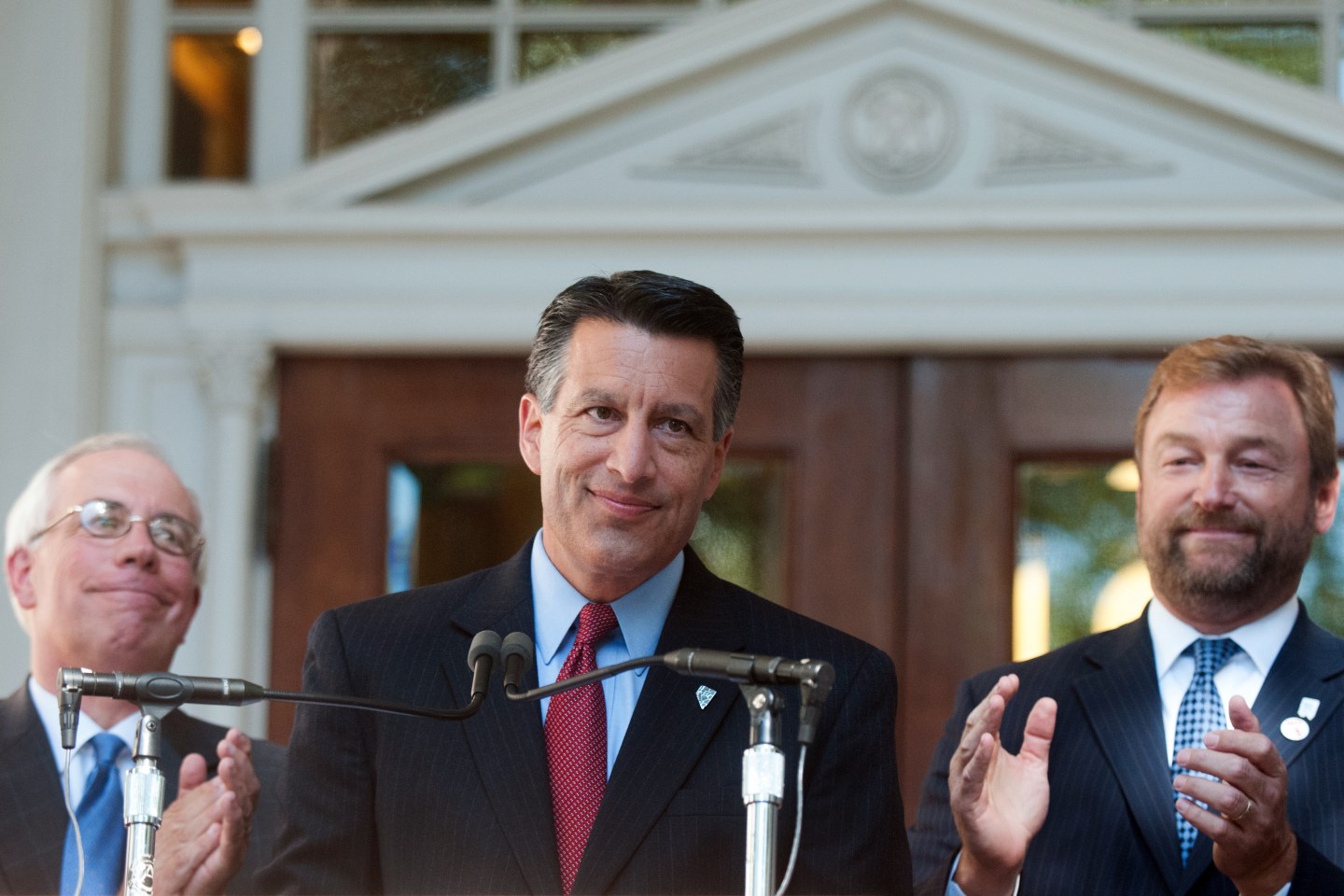 Nevada Governor Brian Sandoval signed a package of bills on Thursday to provide $1.3 billion in tax breaks and other incentives for Tesla Motors (TSLA), putting a bow on the deal for the electric car company to build a massive factory in the state.

Sandoval said the agreement has “changed the trajectory of our state forever” during the signing ceremony late Thursday, shortly after the four bills were unanimously passed by both legislative chambers.

“Nevada has announced to the world–not to the country, but to the world–that we are ready to lead,” Sandoval said, to applause.

The biggest chunk of the deal won support in day two of a special session called by Sandoval to implement an agreement for Tesla to locate its planned $5 billion lithium-ion battery factory in an industrial park 20 miles east of Reno along Interstate 80.

Tesla decided to locate its factory in Nevada after negotiating with several states, including Texas, Arizona, New Mexico and the company’s home state of California.

To clinch the deal, Sandoval promised that tax credits and other incentives would be available for up to 20 years.

The biggest chunk of the deal gives Tesla sales tax exemptions for 20 years, a perk estimated at $725 million. In addition, the company would save more than an estimated $300 million in payroll and other taxes through 2024.

The factory is key to Nevada’s efforts to revitalize its economy, which was hard-hit by the mortgage meltdown and the Great Recession, and has yet to fully recover.

“This is arguably the biggest thing that has happened in Nevada since at least the Hoover Dam,” the mammoth Depression-era project on the Colorado River that employed thousands and provided hydro-electric power to the state in the 1930s, said Assemblyman Ira Hansen, a Republican from Sparks.

Among the bills approved in both houses was a provision phasing out and eliminating 1970s-era tax credits for insurance companies, which backers said would free up about $125 million over five years beginning in 2016 for transferable tax credits to Tesla.

The package would also gut a pilot program approved just last year giving tax credits to the film industry, freeing up about $70 million for Tesla.

Another provision will require at least half of all workers hired by Tesla be Nevada residents, though it allows for waivers.

Lawmakers also agreed to buy right of way to build a road connecting I-80 and U.S. 50, a project estimated to cost $43 million that will improve access to the industrial park from other regions of the state.

The governor’s office estimates the 5 million-square-foot factory will create an immediate 3,000 construction jobs, 6,500 factory jobs and 16,000 indirect jobs once completed.

“We’re looking forward to getting going,” O’Connell said at the signing.