Is this the face of an Apple iWatch? 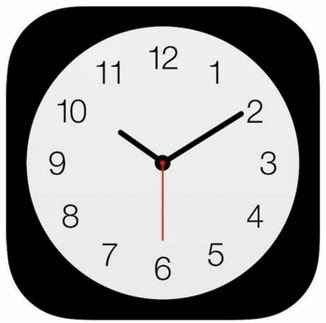 Just when Apple needed some relief from the Celebgate media frenzy, two leaks Thursday got at least some of the tech press to shift its laser focus from bosoms to bling.

The first came in the form of a Bowdlerized second-hand paraphrase in the sixth paragraph of a New York Times story about ugly watch designs:

While we don’t have much of an idea what the coveted iWatch will look like,” writes the Times‘ Nick Bilton, setting it up. “I was able to glean one small detail from people at Apple who work on the company’s wearables.

“According to a designer who works at Apple, Jonathan Ive, Apple’s design chief, in bragging about how cool he thought the iWatch was shaping up to be, gleefully said Switzerland is in trouble — though he chose a much bolder term for ‘trouble’ to express how he thought the watchmaking nation might be in a tough predicament when Apple’s watch comes out.”

The second leak came from KGI Securities’ Ming-Chi Kuo, a Taipei-based supply chain analyst with a better-than-average track record. In a note to clients issued Thursday (and obtained by AppleInsider), he wrote that Apple is set to release two rectangular watches, one with a 1.3-inch display, the other 1.5-inch, and that one of them might be gold.

We know that in the high-end smartphone market, gold has been a big draw, especially in China.

But what else could Jony Ive have up his sleeve?

Because he mentioned Switzerland, The Verge‘s Thomas Ricker dug out the old photos comparing the clock icon in iOS 6 with the iconic station clocks of the Swiss Federal Railways. Apple famously used the Railways’ design without permission, and to avoid a lawsuit settled for a reported 20 million Swiss francs ($21 million).

But a better clue to Ive’s design thinking might be the image at the top of the page — the clock in the current version of iOS. Ive took charge of iOS software in 2012 and if he didn’t personally design today’s clock-face, he certainly approved it.

I can see the appeal. The arms are thinner. The minute marks are gone. The numbers are back. It’s a got a clean, simple, functional look that might just work on a wrist.

UPDATE: Adding fuel to the fire, a team from the Wall Street Journal reported Thursday afternoon that Apple’s smart watch will have an NFC chip for wireless transactions, a curved screen and sensors for tracking and monitoring health and fitness data.