JetBlue will need to fight for its soul against Wall Street 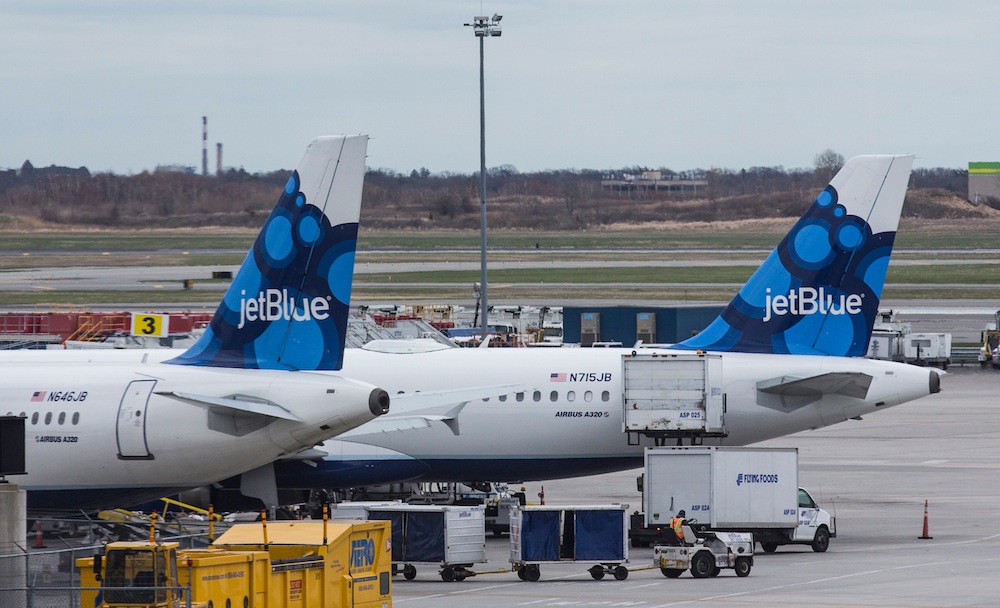 <> on April 23, 2014 in the Queens borough of New York City.
Photograph by Andrew Burton—Getty Images

Analysts have been pressuring the airline to squeeze its passengers to fund large dividend payouts and hefty share buybacks for investors. While giving back to investors should be of paramount concern to any management team, it shouldn’t come at the expense of a company’s long-term health.

Equity analysts covering JetBlue have taken an unusual, “activist-like” flare in their recent research reports. There seems to be consensus that JetBlue isn’t living up to its potential in this new ”golden age” of airline profits and that its management is mostly to blame. They view Dave Barger, JetBlue’s chief executive, as being “overly concerned” with passengers and their comfort, which they feel, has come at the expense of shareholders.

But instituting legacy carrier-like policies at JetBlue, which owes a great deal of its success to its customer-friendly business model, could end up being a revenue killer rather than a revenue generator, further decreasing the chances of any sort of shareholder payout. JetBlue has a number of promising revenue generating initiatives in the works, which, if successful, could deliver the fatter returns Wall Street is looking for.

JPMorgan’s veteran airline analysts, Jamie Baker, wrote in a recent note that “a CEO transition at JetBlue early in 2015 appears highly probable,” and that it “would likely lead to a more returns-oriented business model.” Cowen & Co. analyst Helane Becker upgraded JetBlue in August on hopes of a change at the top, noting that it could “foster a change in strategy throughout the company,” which would see JetBlue “morph” into a “model similar to one of Spirit Airlines, although not as extreme.” Joseph DeNardi, the airline analysts for Stifel Nicolaus, went as far as to name a successor to Barger, Robin Hayes, JetBlue’s current president, who he believes would introduce a “more shareholder-friendly business plan” and enact policies like a first bag fee and higher seat density.

While JetBlue has been profitable for 17 straight quarters, analysts think it can, and should, be more profitable. JetBlue’s normalized net income (profit) margin over the last 12 months, which excludes one-off charges and special gains, ranks it second from the bottom among the eight major U.S. air carriers, at a sorry 3.3%, according to data from S&P Capital IQ. Only United Airlines, which continues to struggle amid prolonged merger pains, ranked lower, at 2.2%. Delta and Southwest, meanwhile, came in around 6%, with American Airlines, recently out of bankruptcy, trailing the rest of the big carriers at 4.6%. Leading the pack, though, was Spirit Airlines, the super-low-fare carrier, with margins averaging around 12%.

Looking at the success at Spirit Airlines, analysts figure JetBlue’s management hasn’t been aggressive enough in extracting ancillary revenue from its customers, such as charging a fee to check a bag, change a flight, surf the web, pick a seat, watch TV, or even use the bathroom (this one hasn’t happened, at least not yet).

While JetBlue’s bottom line might benefit from levying some of these fees on its passengers, the absence of them doesn’t explain its seemingly “poor” performance. Indeed, one primary cause of its recent profit shortfall was the weather. This year’s winter along the east coast was tough for airlines, especially JetBlue, which derives nearly 80% of its revenue from its east coast flights. Cancellations and the loss of change-fee revenue hit the airline hard, dinging its top line by an estimated $200 million, which, for JetBlue, is massive.

Along with the weather, JetBlue’s profits have also taken a hit from an increase in labor costs, which jumped 13.4% in the last quarter compared with the same time last year. Part of the reason for this jump is that the airline is hiring more people as it aggressively expands its route network. As the new routes ramp up, the airline should be able to generate more than enough revenue to cover the higher labor costs.

Analysts are aware of these issues, but they still think JetBlue is leaving money on the table. Above all, they hate that JetBlue provides the most leg room of any domestic U.S. carrier in coach, with a seat pitch of 33 inches standard. By comparison, the legacy carriers have cut their seat pitch in coach down to 30 inches, which has allowed them to stuff more seats on their planes. Some legacy carriers, like United, offer economy seats with larger seat pitches of around 34 inches on average, but for an extra fee. JetBlue also offers an economy seat with more room, for a fee as well, but with a minimum seat pitch of 38 inches, equal to the amount of legroom passengers receive when flying domestic business class on a legacy carrier.

These “perks” analysts consider wasteful are JetBlue’s competitive advantages. Ditch those and JetBlue begins to lose its identity as a value player in a fiercely competitive airline market.

To be sure, passengers are willing to be scrunched up and treated like cattle, but only if the ticket price is low enough to justify the discomfort. Spirit Airlines, for example, has a seat pitch of 28 inches throughout its planes, the lowest in the industry, and doesn’t allow any of its seats to recline. Its planes don’t have Wi-Fi or televisions on board, so the only entertainment option is to pay $7 a drink to get liquored up as you scrape gum off the seat in front of you. Yet despite the tight quarters and limited entertainment options, Spirit reported a load factor (the percentage of available seats filled) of 91% last month, the highest in the industry.

JetBlue’s load factor last month was 88%. While this is lower than Spirit, it was higher than any of the legacy carriers, which posted load factors as low as 83%. You might think JetBlue’s load factor was higher because it offered much lower fares, but this doesn’t seem to be the case. While JetBlue is known as a discount carrier, its fares are usually as high, or in many cases higher, than legacy carrier rates. So, if JetBlue isn’t the cheapest option, what accounts for its high load factor? It is the same reason why people choose to stay at a bed and breakfast instead of a motel or a large corporate hotel—value and service.

JetBlue fills a place in the market for consumers who want a little bit more but aren’t members of the wealthiest 1% (at least not yet). If JetBlue takes away the extra leg room and starts charging for everything under the sun, it will risk alienating its value-conscious customer base. The loss of these customers, along with the subsequent increase in capacity from the addition of all those new seats, would send JetBlue’s once-high load factor plummeting, taking the company’s share price with it. At that point, whomever is running JetBlue—be it Barger, Hayes, or Santa Claus—would be forced to aggressively slash fares, setting off ruinous price wars with both the legacy carriers and the discount carriers. JetBlue’s biggest advantage in this competitive market is its brand and its loyal customer base. Mess with either, and the airline becomes another faceless discount carrier with an expiration date.

JetBlue’s current management wants to boost the airline’s profits by enhancing the customer experience, not by cheapening it. The most visible example is the recent launch of its new premium class product, which the airline is calling “Mint.” The new cabin, complete with lie-flat beds and gourmet cuisine, recently debuted to rave reviews on the competitive New York to Los Angeles route. The airline plans to expand the service to San Francisco later this year. While Mint may be enticing, it probably won’t move the needle for the airline, at least not yet. What will really drive earnings: the airline’s expansion into more lucrative markets, such as their new routes to central and South America. International flights tend to have fatter margins than domestic routes, which should help pad the bottom line.

JetBlue also hopes to grow revenues by expanding its partnerships with foreign airlines looking to feed their long-haul flights to and from the United States. It has established a close relationship with Emirates, the world’s fastest-growing airline, as well as with its rival, Etihad, which is also expanding rapidly.

If JetBlue is going to earn enough cash to issue a dividend, it must come from success made through its growth initiatives, not by fleecing its customers and tarnishing its brand. While the latter can lead to quick profits, the damage it could inflict on the company ultimately could prove fatal.