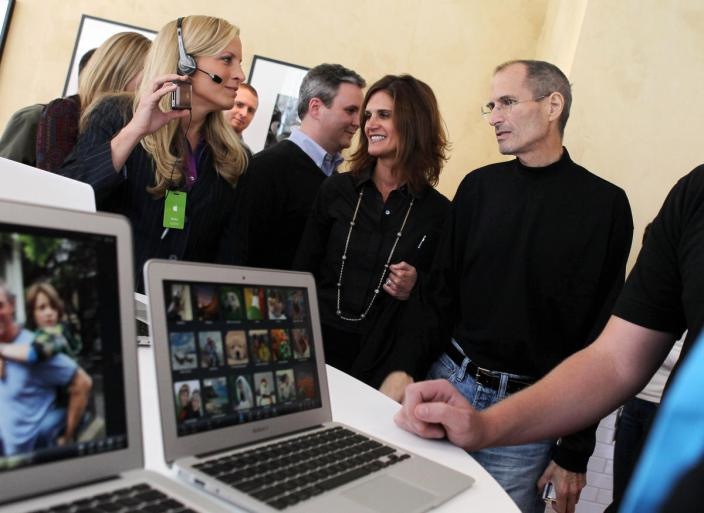 According to Mark Gurman’s 9-part profile of Apple’s public relations operations, it was Steve Jobs’ idea to assign an adjective to each of its products. In Apple press releases, the iPad is always “magical,” the iPhone “revolutionary,” the App Store “legendary.”

This will not be a big surprise to the reporters who cover Apple.

Journalists who deal directly with the company are familiar with the many ways Apple controls its public image by controlling the press: The product introductions stage-managed like Broadway shows. The short list of trusted journalists who are shown new products in advance. The one-on-one briefings — always on deep background, never for attribution.

And most of all, the calls that don’t get answered.

You could picture Apple’s PR strategy as the work of a wise, wealthy, and not particularly friendly queen,” writes Gurman. “One always too busy to be bothered, until for some reason, she’s not.”

This may be news to Apple’s customers. Journalists don’t write much about how public relations works behind the scenes; they know better than to bite the hand that feeds them.

But Gurman, 20, is too green to know better. Besides, for most of what he does — publishing leaks from the Apple developer community — Apple PR is no help.

Unlike Gurman’s quick and dirty scoops, this somewhat labored piece was the work of nearly two months. One of the documents his reporting produced is a spreadsheet that shows which journalists have been privileged over the years to get early access to iOS devices. It lists 28 reporters and publications and 13 devices, starting in 2007 with the original iPhone.

The circle has expanded in recent years to include, among others, obscure but influential Apple-friendly bloggers like Daring Fireball’s John Gruber and The Loop’s Jim Dalrymple. Only three reviewers have been in on every product release: David Pogue, formerly of the New York Times, Walt Mossberg, formerly of the Wall Street Journal, and Ed Baig, still at USA Today.

Gurman has also pulled together a list — quite useful for reporters — of the six departments that make up Apple PR, along with the names of the people that run them, from Momentum and Buzz Marketing to Corporate Communications and Events.

It’s a surprisingly small team — run out of Cupertino by 30 men and women who put in long hours, aren’t allowed to work from home and have to shred a lot of white briefing books.

If there’s a scoop in Gurman’s story it’s that he claims to have sussed out the leading contender to replace Katie Cotton, Steve Jobs’ long-time spin doctor who ran the department, according to former staffers, like a tyrannical “mini-Steve.”

Tim Cook is trying to put a friendlier face on Apple PR, and according to Gurman that face belongs to Steve Dowling, the former CNBC reporter who has been running the Corporate Communications group for a decade and is said to be a close friend of Cook’s.

Correction: An earlier version of this story suggested that the outfit Gurman works for, 9to5Mac, can’t be trusted to keep a secret. Owner Seth Weintraub begs to differ:

9to5mac has no problems keeping secrets. Ask any company including Apple. We keep embargoes from everyone, again including Apple. And, when Apple does tell us stuff, we’re forthright with our readers.”

LINK: Seeing Through the Illusion: Understanding Apple’s Mastery of the Media