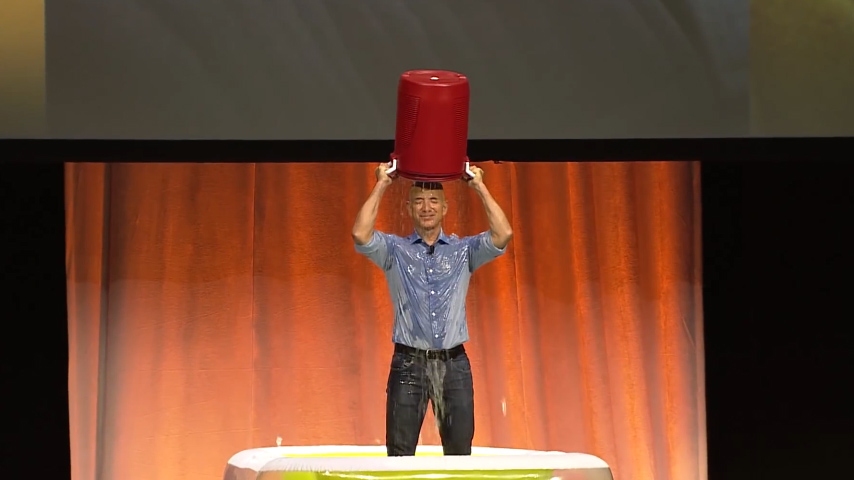 The ALS Association is reversing course a day after several outlets reported that the non-profit organization was looking to trademark the “ice bucket challenge,” the name used for the viral video sensation that has raised more than $94 million in less than a month.

A search of U.S. Patent and Trademark Office’s records showed ALSA had recently filed applications to secure trademark rights for the terms “ice bucket challenge” and “ALS ice bucket challenge,” and the organization confirmed as much in a statement claiming that it had moved to obtain the trademarks with “the blessings of the families who initiated the challenge.”

However, after some less-than-positive reactions to the news, the ALSA said Friday it is dropping the effort to stake a claim to the terms. In an email statement, ALSA spokeswoman Carrie Munk said: “The ALS Association filed for these trademarks in good faith as a measure to protect the Ice Bucket Challenge from misuse after consulting with the families who initiated the challenge this summer. However, we understand the public’s concern and are withdrawing the trademark applications. We appreciate the generosity and enthusiasm of everyone who has taken the challenge and donated to ALS charities.”

The popular meme has spread rapidly across various social media platforms, with scores of people (including an endless string of celebrities) dumping icy water on their heads and donating money to fight amyotrophic lateral sclerosis, a disease affecting the brain and spinal cord. But, some people thought the ALSA, which did not have a hand in creating the challenge, went too far in attempting to trademark the terms.

Trademark attorney Erik Pelton, who first mentioned the filings in a blog post on Wednesday, pointed out some of the potential legal landmines present in ALSA’s attempt to trademark something the organization did not invent. Pelton even went so far as to compare the effort to the string of companies, including Samuel Adams-brewer Boston Beer Company, that tried to trademark the phrase “Boston Strong” following the bombing at the 2013 Boston Marathon.

Fortune wrote last week about what a windfall the ice bucket challenge has been for the ALSA and looked at how the organization will spend the massive influx of donations. ALSA handed out 21 new grants to ALS researchers earlier this month and a representative for the organization said last week that further spending would likely go toward fulfilling ALSA’s primary goal of supporting the research, care and advocacy of the disease.