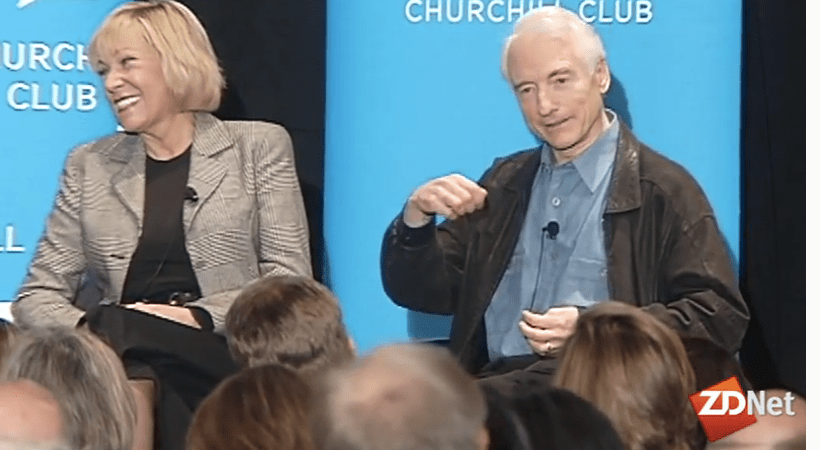 So many myths have attached themselves to Steve Jobs’ visit to Xerox’s Palo Alto Research Center in the winter of 1979 that I’m surprised the YouTube video posted below had only 2,110 visitors before I stumbled across it last week.

It’s an eye-witness account of what has been called the closest thing in the history of computing to a Prometheus myth: The demo that introduced Jobs to the bit-mapped screen, the graphical user interface, the pointing device — technologies that Apple popularized and that remain the driving metaphors in today’s PCs, smartphones and tablets.

This six-minute excerpt is part of a 100-minute panel discussion hosted by Paul Freiberger at San Jose’s Churchill Club in November 2011. It’s one of hundreds of tributes to Jobs’ legacy recorded in the weeks after his death, which may explain why I missed it the first time around and why fewer than 40,000 people in the world know about it.

The speaker in this excerpt is Larry Tesler, one of the PARC scientists in the demo room that fateful day, and he tells a good story.

In Tesler’s account, Jobs spends a lot of time pacing the room. On one occasion he brings things to a halt:

In another he fairly bursts with incredulous excitement:

“What is going on here? You’re sitting on a gold mine! Why aren’t you doing something with this technology? You could change the world!”

The Tesler excerpt should be required viewing for anyone who still believes Apple stole Xerox’s technology.

Tesler makes it clear it was Xerox that approached Apple, hoping to partner with a company that had proved it could mass market high tech. A deal was struck: Xerox would purchase a $1 million stake in Apple at bargain prices. In exchange, Tesler recalls, “Steve required disclosure about everything ‘cool’ that was going on at Xerox PARC.”

If you have the time and more than a passing interest in Apple’s early history, the full 100-minute video is also worth watching. Among the other speakers are Bill Atkinson, Jean-Louis Gassée, Andy Hertzfeld and Regis McKenna. To Tesler’s right is Deborah Stapleton, who handled PR and investor relations for Pixar.

Thanks to Kontra @counternotions for the pointers.