Burger King in talks for a whopper of a deal 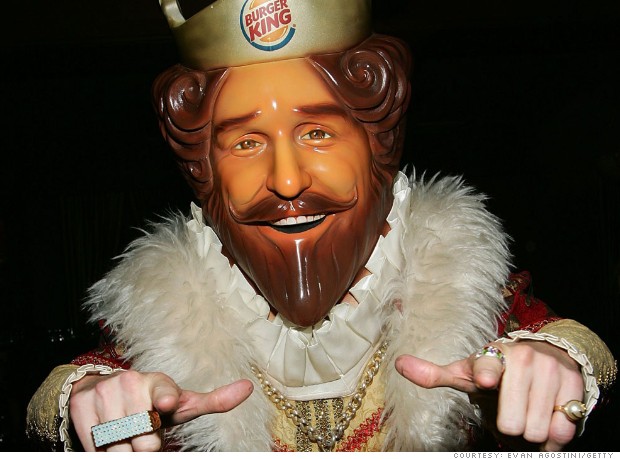 Burger King currently is based in Miami, but reportedly would move its headquarters north of the border in a so-called “tax inversion” deal.

A few quick issues to consider while this all plays out:

1. McDonald’s has got to be loving it. Just imagine all of the passive-aggressive patriotic advertising its marketing gurus would come up with.

2. What would Warren say? Burger King is majority owned by 3G Group, a Brazilian private equity firm that last year partnered with Warren Buffett to buy Heinz. Buffett has publicly lauded 3G, and said he’d like to work with them again. But he’s also said that U.S. companies are not unduly burdened by taxes, when asked about the inversion issue. Seems something may have to give here.

3. Will Canadians revolt? Tim Horton’s is to Canadians what Dunkin’ Donuts is to Bostonians — not just their morning jolt, but part of their identity. The company already spent many years owned by Wendy’s — and even was incorporated in Delaware for a short period — and it’s hard to imagine that there is much enthusiasm for yet another American chain taking control.

4. Tipping point. Most proposed tax inversions so far have been for healthcare-related companies that don’t have much consumer brand awareness. Burger King, however, is much different. Got to wonder if this could be the spark that lights some congressional action (now that Walgreens has abandoned its own attempt)…

UPDATE: The two companies have issued a lengthy joint statement confirming the talks. Here it is:

In response to media reports, Tim Hortons Inc. (THI: TSX; NYSE) and Burger King Worldwide Inc. (BKW: NYSE) today confirmed that they are in discussions regarding the potential creation of a global leader in the quick service restaurant business. The new publicly-listed company would be headquartered in Canada, the largest market of the combined company.

3G Capital, the majority owner of Burger King, will continue to own the majority of the shares of the new company on a pro forma basis, with the remainder held by existing shareholders of Tim Hortons and Burger King. 3G Capital and its affiliates have a demonstrated track record of managing international expansion of iconic brands around the globe.

Within this new entity, Tim Hortons and Burger King would operate as standalone brands, while benefiting from shared corporate services, best practices and global scale and reach. A key driver of these discussions is the potential to leverage Burger King’s worldwide footprint and experience in global development to accelerate Tim Hortons growth in international markets.

The new company would be the world’s third-largest quick service restaurant company, with approximately $22 billion in system sales and over 18,000 restaurants in 100 countries worldwide. Tim Hortons and Burger King each have strong franchisee networks and iconic brands that are loved by their respective consumers. Any transaction will be structured to preserve these relationships and deepen the connections each brand has with its guests, franchisees, employees and communities.

The transaction remains subject to negotiation of definitive agreements. There can be no assurance that any agreement will be reached or that a transaction will be consummated.

Tim Hortons and Burger King do not intend to comment on this matter further unless and until a transaction is agreed or discussions are discontinued, and specifically disclaim any obligation to provide further updates to the market.

Sign up for Dan’s newsletter on deals & dealmakers at www.GetTermSheet.com