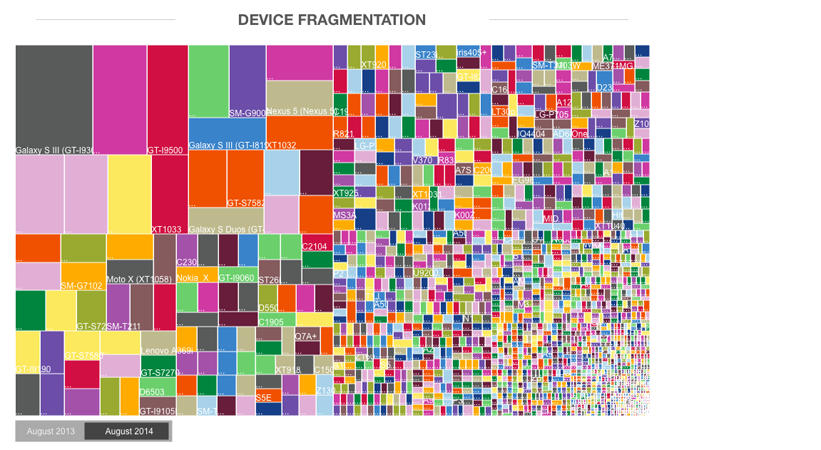 Android devices come in all shapes and sizes and may run any one of more than a half-dozen active versions of Google’s (GOOG) operating system.

This diversity is both a blessing and a curse, as OpenSignal reports in its 2014 Android fragmentation survey.

On one hand, fragmentation gives app developers a wide audience to build for — far wider than Apple’s iOS. On the other, trying to develop an app that will run on the entire range of Android devices is a nightmare.

How fragmented has Android become? From OpenSignal’s findings:

Despite the challenges posed by fragmentation, OpenSignal argues that the benefits outweigh the drawbacks.

“Android is now the dominant mobile operating system,” the report concludes, “and this is because of fragmentation, not in spite of it.”